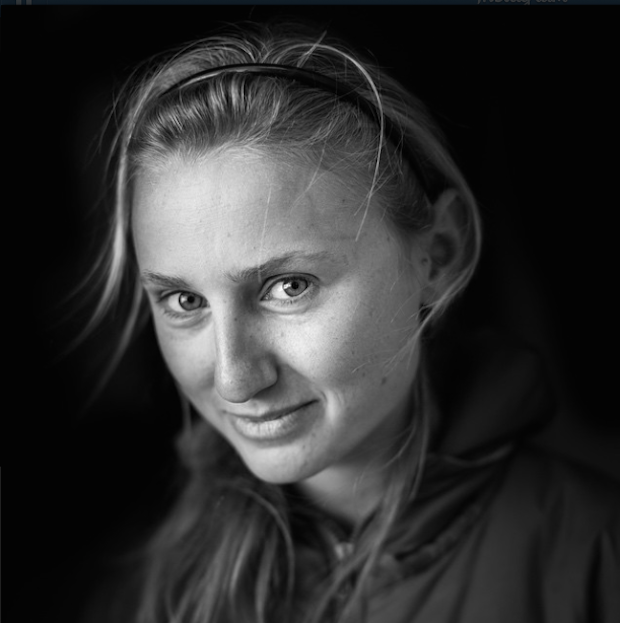 Hard things have never dissuaded Brette Harrington. She was but a baby when she first tried skiing, at Lake Tahoe in California. Then she nabbed a spot on her boarding school climbing team by claiming she was an expert (she wasn’t). She was, however, a quick study. At 19, she moved to Spain to climb its limestone canyons, and last summer, she made her first El Cap ascent on “Lurking Fear” (completed in 11 hours). Now she lives in Squamish, where her daily diet includes routes such as “Shadow” (5.13a). Harrington was the second woman ever to trad climb it.

What are you working on now?
I’ve been working on ‘The Grand Illusion’ at Sugarloaf, in California. It’s a 5.13 b/c, with an overhanging corner first freed by Tony Yaniro in 1979. It was the hardest free route in the world when it was first freed.

Is there a piece of gear that always comes with you?
My favorite piece of apparel is the arc’teryx Nuclei hoody, a super lightweight insulated jacket. I bring it with me on every climb, even in sunny California. It hangs on the back on my harness in its nice little stuff sack when I don’t need it, and I can pull it out quickly when I’m cold. 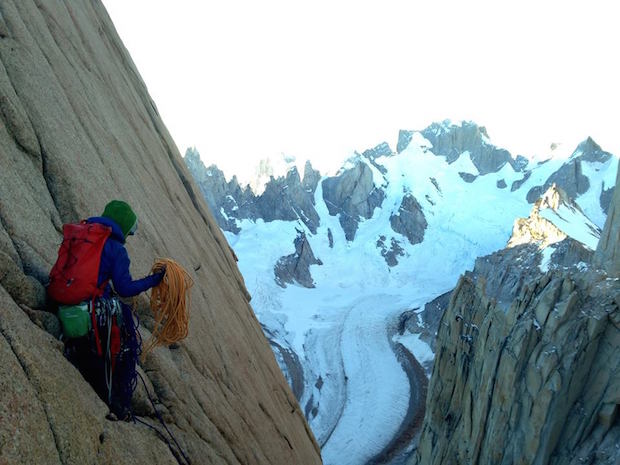 When you discovered climbing as a kid, were there people that encouraged you? Was their support influential to your commitment to the sport?
I was on a small outdoor climbing team in New Hampshire during high school. My team had only 6 people and we didn’t compete. We climbed at Cathedral Ledge in North Conway twice a week, where we learned to trad climb and multi pitch, and at Rumney to sport climb during the week. My coach Travis Piper was, and still is, one of my most inspirational figures. He taught us about the lifestyle of climbing apart from being a physical activity. This mentality encouraged me to pursue climbing as a personal endeavor. For me, being on the wall brings reality forth to the present moment; that doesn’t commonly occur during social situations.

Who were your role models?
In New Hampshire, Mr. Piper was the only climber I knew and he was my first role model. Now I am inspired by climbers like Hazel Findlay (she’s such a brave and bold climber) and Marc-André Leclerc, my mentor, climbing partner, and boyfriend. He’s taught me how to find creativity within climbing and has encouraged me to push myself as far as I can with the sport.

Did you see many other female climbers? Did that matter?
Growing up, I wasn’t aware of the “climbing world.” I had no idea whether climbing was a male or female dominated sport, or any of the controversies. None of that mattered anyway, because I was climbing to climb. I love it. 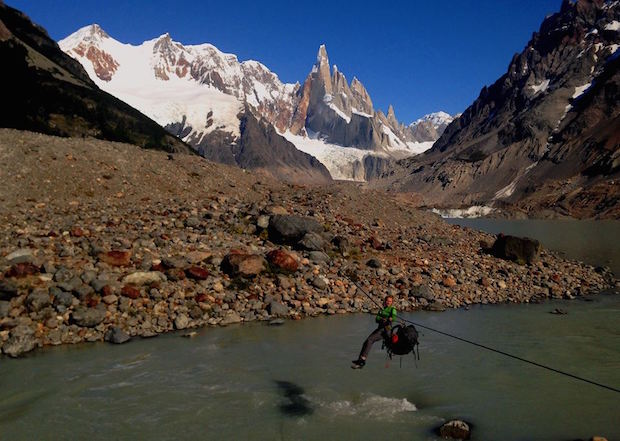 What (if anything) keeps women out of outdoor sports?
Probably a deep-rooted belief that they can’t do it. People have followed trends throughout history, and cultural conceptions are created through these trends. I think that as more ladies climb, a stronger trend towards an outdoor life will be established as a “norm” for women.

How were you different? What propelled you into a sport that doesn’t currently include tons of women?
I am lucky because I grew up in a family that never engaged in male and female discrepancies. Also, I was a very quiet kid and spent the majority of the time alone. I guess my lack of awareness to these cultural conceptions, along with my solitary personality, allowed me to follow my dreams.

Do you ever encounter assumptions about you among male climbers?
Now, more than ever, I am aware of the gender differences in climbing. I am constantly underestimated by men who don’t know me. This frustrated me because I didn’t understand it – I mean, why wasn’t I being asked what I had climbed, but my guy friends were? Why were they assuming my partner was leading the routes? But now I’m learning to accept this as a challenge, and show by action that women are strong climbers.

I really enjoy climbing with ladies for that matter. I have found super-strong female partners such as Carolyn Davidson, who climbed with me in Patagonia. That said, most of my partners are men and my climbing experiences have been great with both men and women. 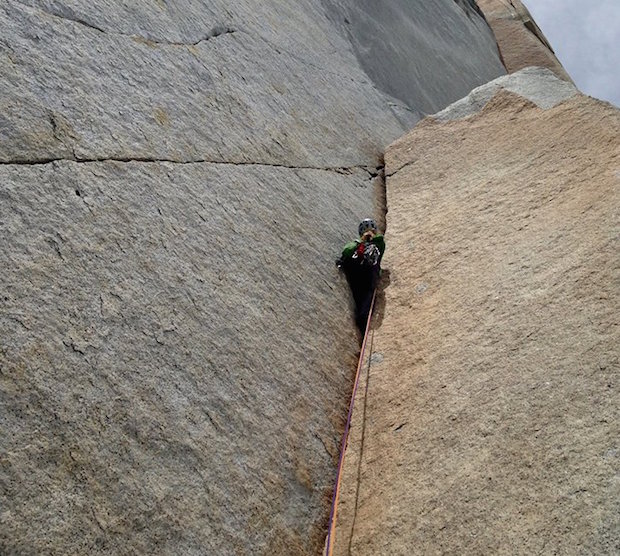 What advice do you have aspiring women athletes?
Many ladies, myself included, tend to seek reaffirmation from others about their new ideas, or current projects. Reaffirmation, feedback, can be extremely beneficial from the right person. But if I could advise women in outdoor sports about one thing I would say, be careful with whom you share your ideas. Only seek advice from people who are encouraging, trusting and have knowledge about the topic.

Do you like how women are portrayed in outdoor marketing? What would you change?
It depends on the type of marketing involved and the intention with which it’s posed. It’s inspiring to see and read about women pursuing their dreams; they are portrayed as strong, brave and adventurous. However in outdoor marketing, often times this is not the case, and the images of women are objectifying. The intent of this type of marketing is to subliminally entice their targeted audience into buying their product, not to inspire them. Typically men are targeted because they are the primary consumers with outdoor sports. Why not take out the images of women “looking sexy” and replace them with articles, stories and images of ladies pursuing their “outdoor sport?” More women would be attracted to the product and be encouraged to participate in a sport where they aren’t a minority. 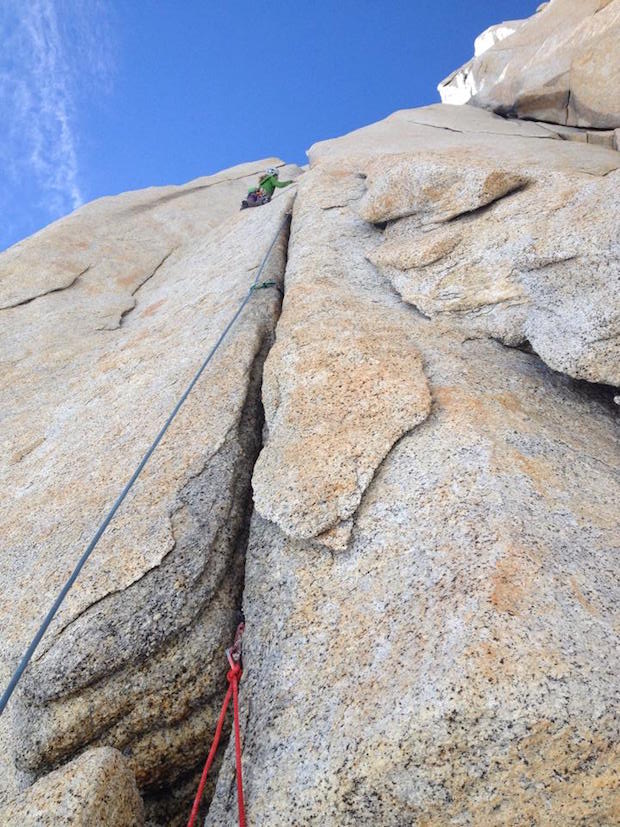