Pressing “Reset” on the World of Multitools 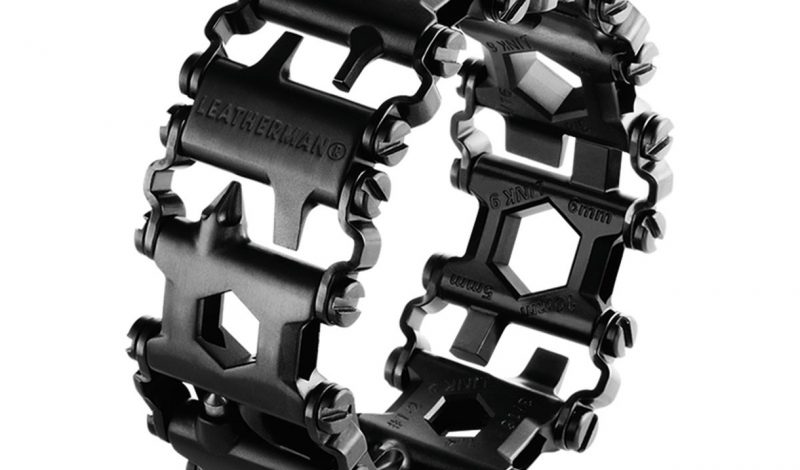 The world of knives and multitools has faced some scrutiny in the past few years as society has all but stripped them of their “tool” categorization and labeled them “weapons” depending on where you plan on taking them. On the trail they are still utilities, but on airplanes, federal building and in the five boroughs of New York City, they are most definitely “weapons” and can land you in hot water for carrying them.

Further complicating things, we need tools now more than ever. We’re a society of people on the move who rely on complex mechanical and electrical commodities.  We’re used to instant gratification and a lot of us would rather fix these things when they break then send them off to have them fixed and incur some seriously exorbitant prices. If anything, we also find ourselves in the biggest surge of “do it yourselfers” since the west was won. So, having tools at the ready is almost a requirement.

In 1983, when Tim Leatherman launched the “Personal Survival Tool” product category, I doubt he envisioned today’s version of society. I doubt he imagined all of the innovations that his company and countless others would put into the form and function of the “multitool” over the years. But when faced with today’s opposing realities, a can a company do when they only designs knives and multi-tools?

They persevere, as Leatherman has, by adapting. Some of Leatherman’s new adaptions include:

• Designing the first ever multitool for kids called the “Leap”
• Announcing their most aggressive multitool, the “Signal”, aimed at the true diehards: Preppers, Survivalists, and hopeful Zombie Hunters
• Creating the world’s first “wearable” multitool, known as the “Tread”

Here’s a more in-depth look at these three game changers: 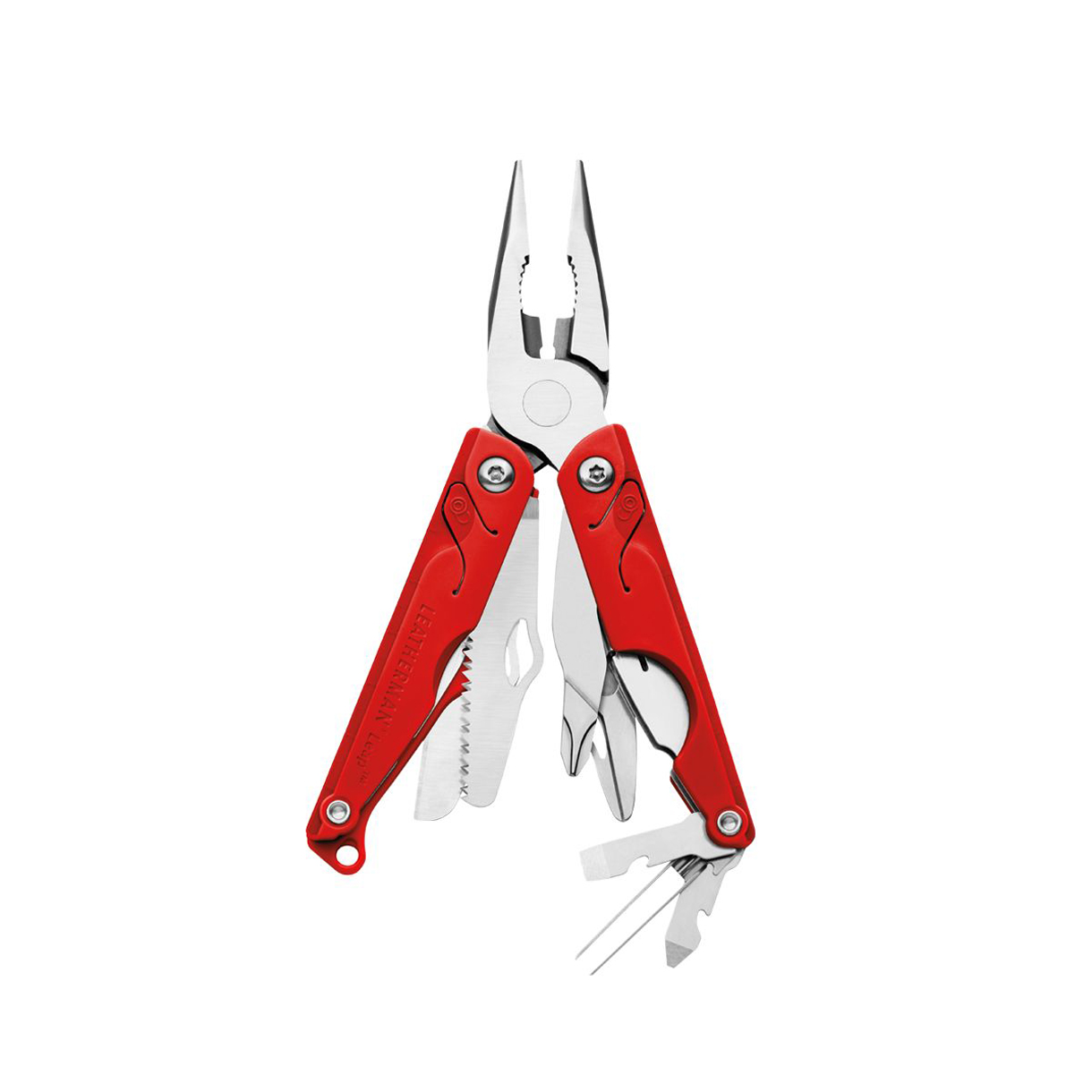 Featuring twelve on-board tools—and an unmounted knife blade, which can be added when the child is ready—the Leatherman Leap is the first tool of its kind. Kids learn by doing and what better way to teach responsibility then with a real tool? Leatherman didn’t pull any punches here—the Leap is just as durable as any of their other tools in the line. Besides the smaller overall size and the vibrant colors available for the handle scales, the only difference you’ll notice between this tool and an “adult” Leatherman tool is that all of the blade-tools have been rounded off at the tip—ensuring safety during the learning process. This tool is destined to breed a whole new caliber of Boy Scout or Girl Scout. 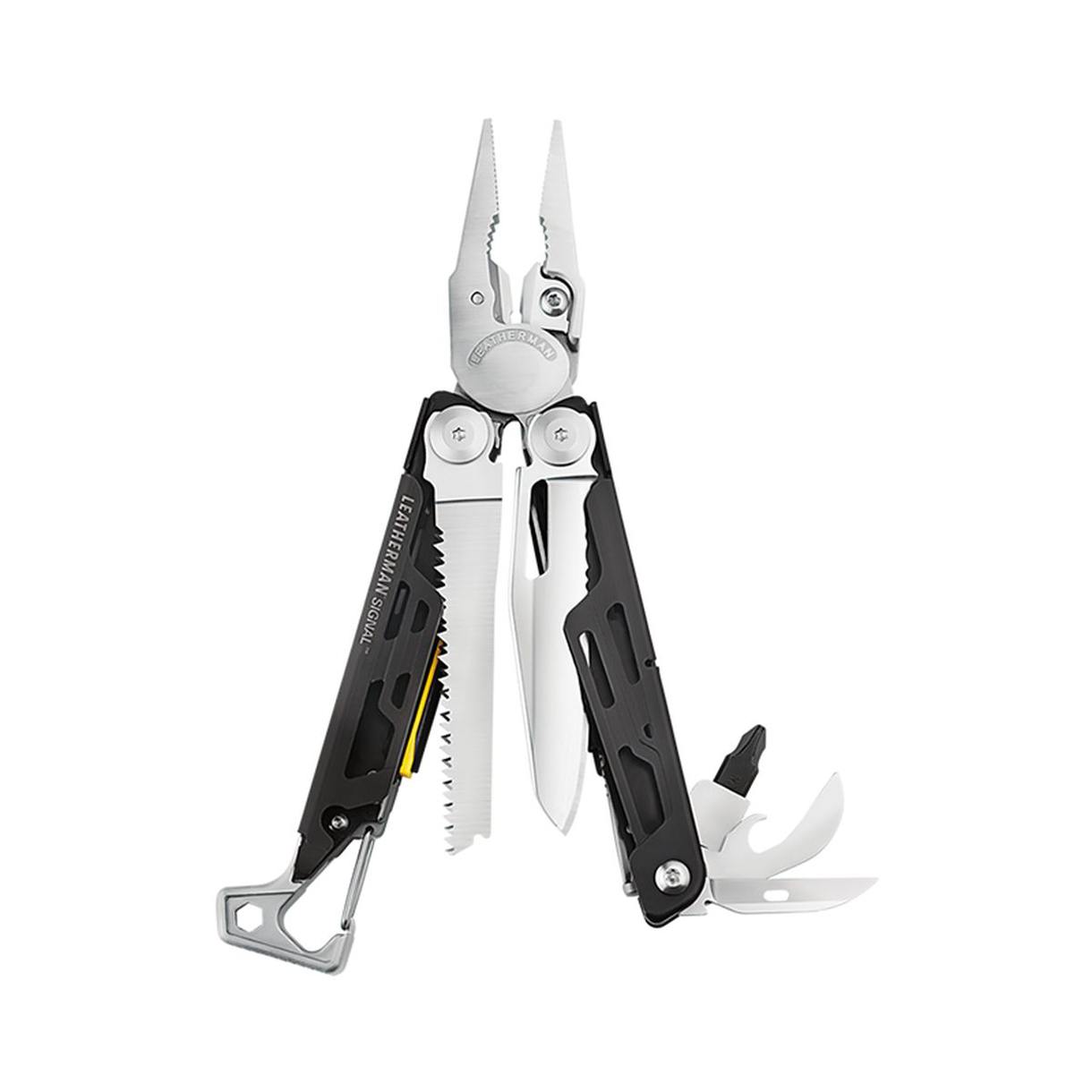 Some could say that every Leatherman multitool is designed for preparedness in the outdoors—but until now no Leatherman tool featured the key tools you needed to be prepared to survive a disaster. With the Signal, Leatherman is offering nineteen on-board tools, none of which are filler or bloat. The tool features the standard Needle-nose pliers, knife blade, saw, screw driver—but included for the first time on a Leatherman tool is a ferro rod, diamond-coated blade sharpener, and survival whistle.  Additionally, the Signal is the first tool of its kind to feature a hammer, which I have personally found I’ve needed more times than not in the outdoors. 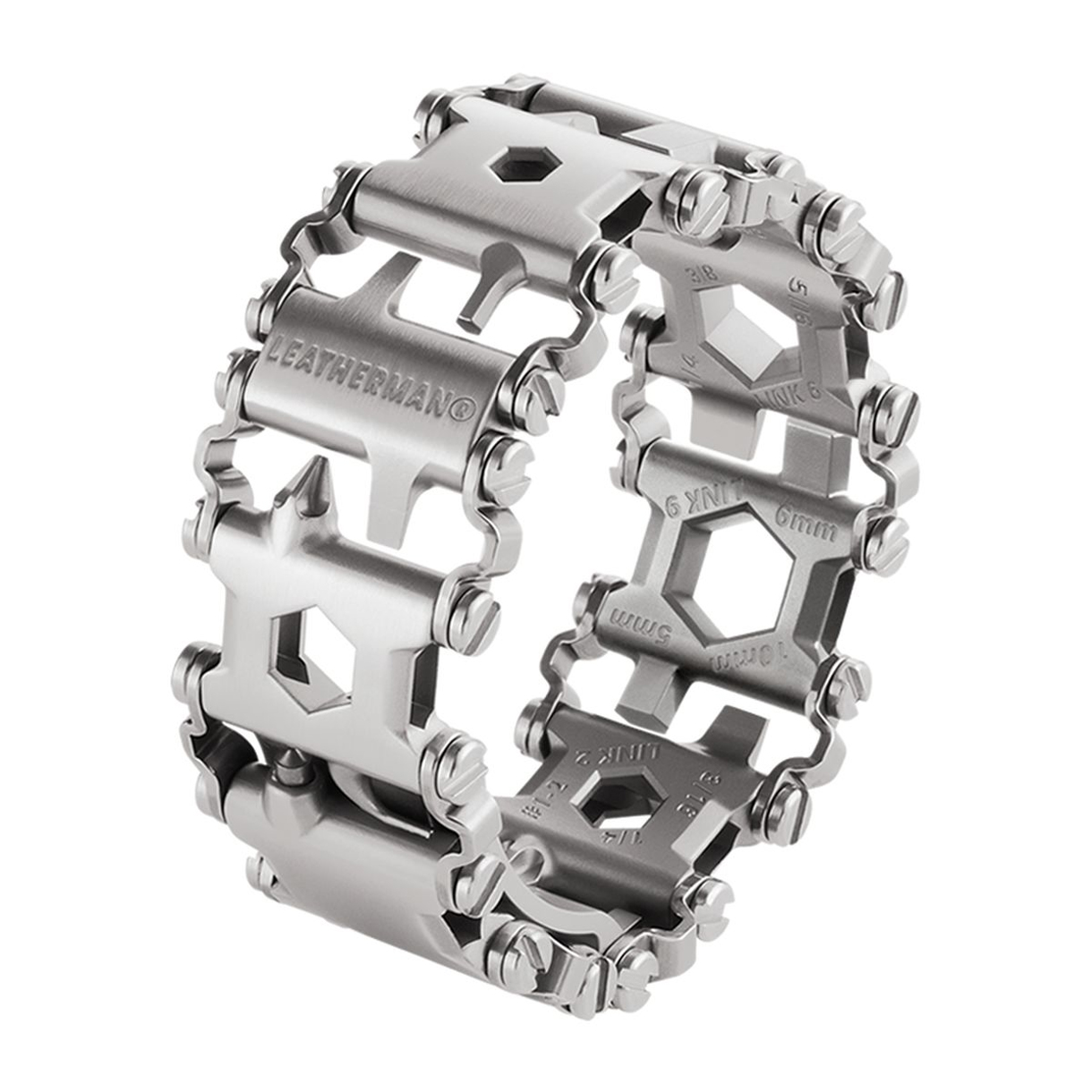 Boasting up to 25 tools that can be worn on your wrist, the Leatherman Tread is the first of its kind. Mimicking the design of a watchband, the Tread was designed with travel and accessibility in mind. The tools offered on the band are customizable to your needs and range from screw-driver to box wrench to a bottle opener in the clasp. Leatherman claims that the Tread is “travel friendly” but—by design—you’d be hard-pressed to find the average person who would even notice you were wearing a multi-tool, anyway. Along with additional links, as an added accessory, Leatherman will offer a watch that can be inserted into the band eliminating minimal tools. The links will be available Fall 2015.

With these three tools, Leatherman shows that they have the ability to adapt to any situation by thinking outside of the box.  For the first time in a long time, people are excited about multitools—and there’s no doubt that I am too. I’ve been using Leatherman tools for almost twenty years and both the “Signal” and “Tread” have me captivated. We’re working closely with Leatherman to get our hands on these products and get them tested for you. Stay tuned!