Polygiene: Your Next Adventure Doesn’t Have to Stink 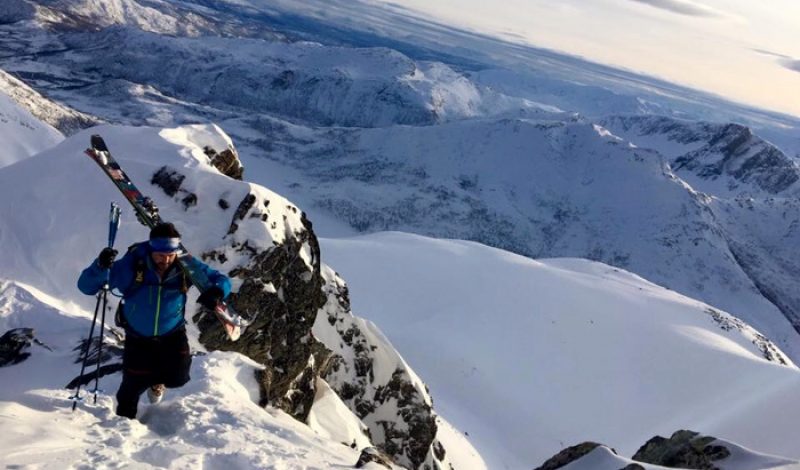 When you sweat, it’s not the perspiration itself that smells. It’s bacteria and fungi, which the sweat nourishes with moisture and fatty acids, that grow, die and breakdown, generating the funk. The odor that clings to our activewear is very familiar to us who run, hike, ski, or move in general.

Originating in the medical field, Polygiene is a company whose silver salt treatment is applied to products during manufacturing, permanently embedding silver chloride into items like helmets, gloves, socks, shirts, and baselayers. The technology, first used in toilet seats, doesn’t kill bacteria, it prevents bacteria from growing in the first place.

Partnering with brands such as Patagonia, Arc’teryx, Adidas, La Sportiva, Buff, Outdoor Research, POC, Salomon, Dynafit, and more, Polygiene is becoming popular among some of the top players in the outdoor industry.

Polygiene treatment inhibits bacteria growth because of the antimicrobial silver ion in the silver salt (AgCl) treatment. “Silver interrupts the bacteria cell’s ability to form the chemical bonds essential to its survival.” – The Silver Institute. And it’s safe to use against your skin since Polygiene particles are 100x larger than nanoparticles and cannot permeate the skin’s barrier. In Europe, it has medical approval to be used in bandages and other items that may come in contact with open wounds.

In my personal testing of Polygiene treated gear I’ve found it to be very effective not only improving my enjoyment of running and skiing, but also allows me to skip laundry time more often – I hate to fold. Getting home from a long day of skinning or a 12mi training run, the last thing I want to do is laundry. A good example are the Patagonia Capilene baselayers I recently wore, without washing, on a week-long ski touring trip. They even passed my wife’s smell test after being packed in a plastic laundry bag for the long flight home.

An added benefit, Polygiene treated garments reduce our environmental impact. Treated garments can be washed less often, and at lower temperatures. It’s made of 100% recycled silver from photographic and industrial sources. It’s applied to gear during existing stages of manufacturing and is bluesign approved, which means it meets independent standards for “environmentally friendly and safe production”.

There are other options out there for anti–stinking like Agion Active, or laundry detergent options like Gear Wash or Tide Sport. One reason for highlighting Polygiene is that they seem to be winning the race for dominance in the outdoor category.

The products featured in this test have been loaned to the Gear Institute.
For more on our policies regarding editorial objectivity and sample returns, see here.