Last week at the Outdoor Retailer convention in Salt Lake City, Petzl took the wraps off a pair of impressive new headlamps that are definitely designed with the modern outdoor adventurer in mind. Both sport some interesting new features, including the ability to interact with your smartphone to give you far more control over just exactly how the two lights perform.

The new REACTIK+ and NAO+ feature rechargeable batteries and are capable of giving off 300 and 750 lumens of light respectively. That’s plenty illumination for most outdoor activiites, including trail running, climbing, hiking, or in the case of the brighter NAO+, even cycling. Both lamps also have a built-in ambient light sensor that can adjust brightness automatically based on your surroundings, which helps to eliminate the need to constantly mess with the settings.

Those are all features we’ve seen on headlamps before however, so to truly set these new products apart from the competition Petzl decided to take things a step further. Both lights will also ship with integrated Bluetooth technology that will allow you to pair them with your smartphone for even more granular control over their settings via a specially designed app made just for these devices. 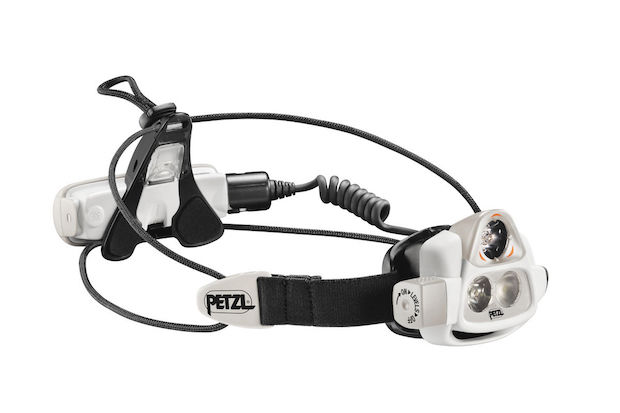 The new MyPetzl Light mobile app for iOS and Android allows users to tell the REACTIK+ or NAO+ exactly what activity they are doing, and how long they’ll be doing it. The app then takes that information and automatically adjust its brightness based on the amount of remaning battery life on the headlamp. So, if you’re going on an hour long trail run, you simply select that as an option, and the light will adjust itself to ensure that you have enough battery power to see you through to the end.

The app ships with four pre-created profiles including trail running, mountaineering, and trekking, as well as bivouac mode for use around the campsite. Additional profiles can be created to suit your personal needs as well, making it a breeze to select the exact settings you want when you set out on the trail.

When I saw these headlamps last week at the OR show I came away very impressed. As you would expect from a product from Petzl, they are well made and designed with our needs in mind. Integration with the MyPetzl app was well thought out and intuitive as well. When speaking with the Petzl representative, I inquired as to whether or not the app would have controls for the Apple Watch too, and he indicated that wasn’t in the works at the time. But speaking as someone who runs with his Apple Watch constantly, I could definitely see the benefit of being able to adjust the headlamps’ settings on the fly. Hopefully that will be something that will come in future updates. 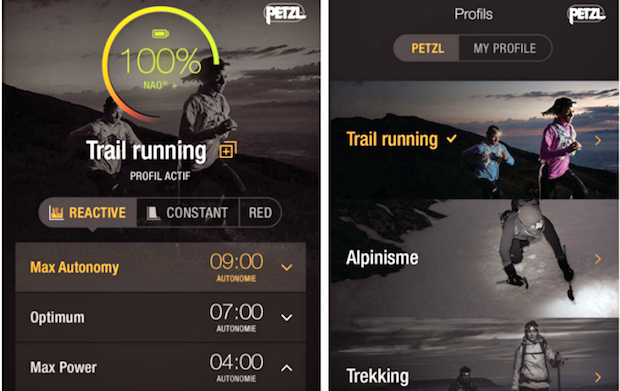 Both the REACTIK+ and NAO+ are expected to ship in July. Prices have yet to be announced.