The complete cost of the plan, which includes significant upgrades at both areas, will total over $50 million. The plan will be subject to approval by both Summit County and the City of Park City. For skiers in particular, two key components of the $50-million capital plan include: 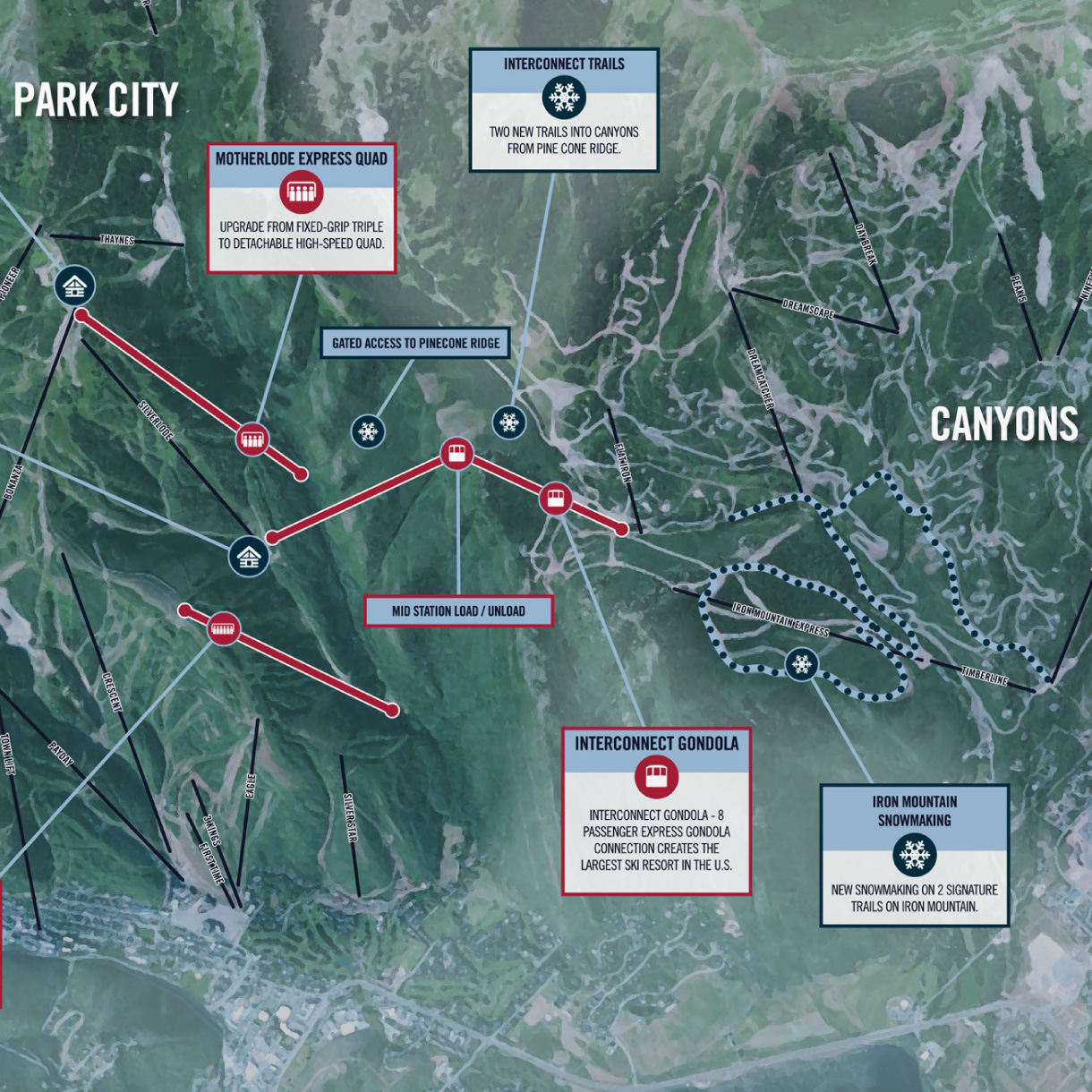 An eight-passenger, high-speed two-way gondola from the base of the existing Silverlode Lift at Park City to the Flatiron Lift at Canyons. The gondola will also have an unload at the top of Pine Cone Ridge to allow skiers the opportunity to ski into Thaynes Canyons at Park City via gated ski access or to the Iron Mountain area at Canyons through new trails that will be created from Pine Cone Ridge.

King Con and Motherlode Lifts at Park City get Upgrades

“This comprehensive capital plan for Park City and Canyons is one of the most ambitious and impactful plans undertaken at any resort in industry history, transforming the experience at both resorts and creating the largest single ski resort in the U.S.,” said Blaise Carrig, president of the mountain division for Vail Resorts. He added that the company is “hopeful we can bring this plan to life for the 2015-2016 ski season.”

The company intends to operate the two resorts as one unified branded experience under the name “Park City Mountain Resort.” The Canyons base area will be renamed “Canyons at Park City.”