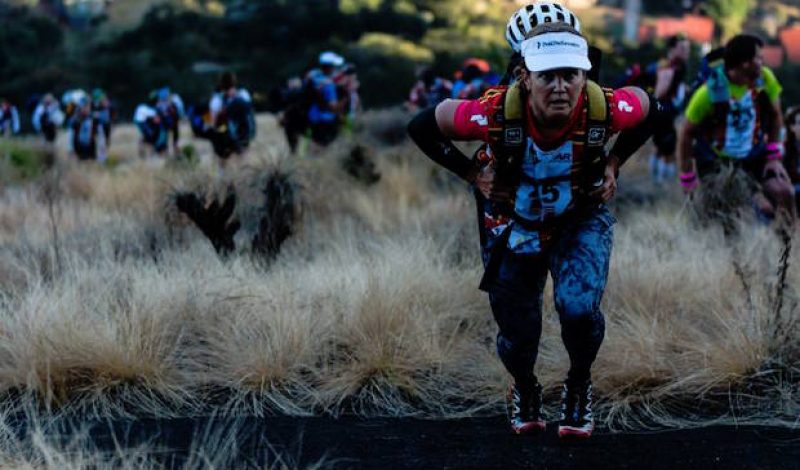 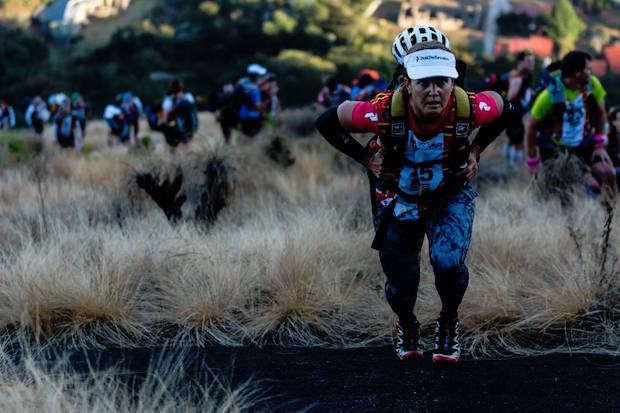 Karen Lundgren has reached the summit of seven of the planet’s highest mountains.

Eight, actually. Because why leave it up for debate?

Along with Paul Romero of Big Bear, CA, Lundgren helped facilitate the revered mountaineering mission of Romero’s son, Jordan, who still holds many of the youngest-to-summit records. He touched the frozen tip of Everest when he was merely 13 years old. 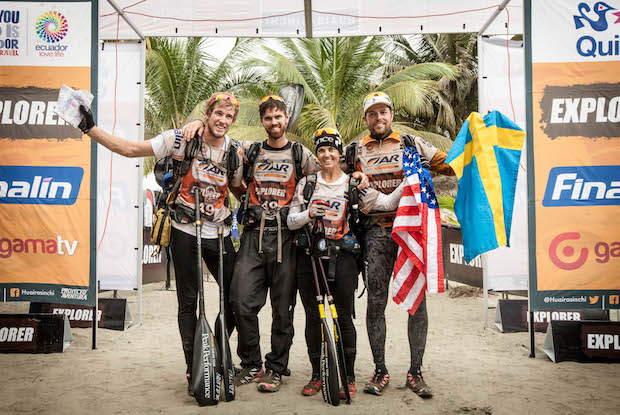 In addition to hopping from one continental high point to another, Lundgren is recognized for her ability to run, paddle, bike, and navigate across everything in between them as part of the Sweden-based Peak Performance Adventure Racing Team.

When not training to be waist-deep in the mud-soaked cold of some dank foreign wetland, the All-American Skier from the University of New Mexico imparts her wisdom of how to move quickly in snowy alpine environs upon the U-16 contingent of skiers at Sugar Bowl Academy in Truckee, CA.

We sat down with Karen to inquire about safely traveling in weird places, a dog named Arthur, and what one piece of gear she would make sure made it out of a burning gear closet. 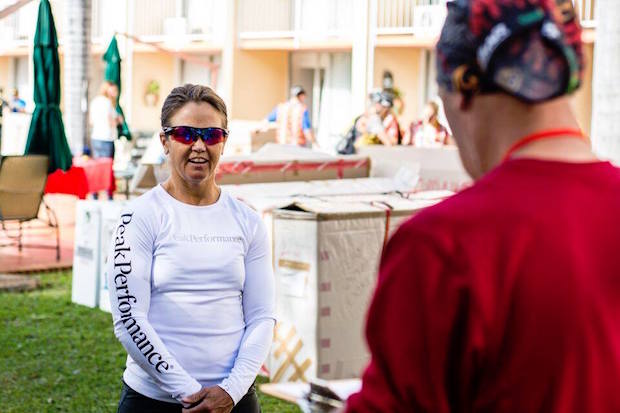 Gear Institute: You have a busy winter ahead with coaching, how will adventure racing fit in?

Karen Lundgren: Well, I just can’t take time away from school because we’re so busy all the time. But, what I really want to do is take the kids here who are intrigued with adventure racing, who want to try it … I have a friend who does a 24-hour race in San Francisco, which would be a great learning experience for the kids, it would be so much fun for them. The kids here are so talented, it would be a great fit. 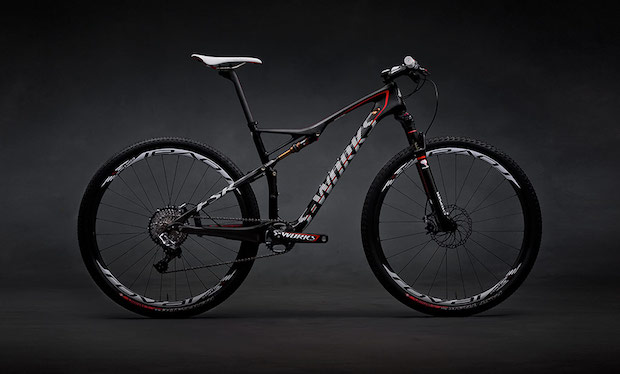 GI: Adventure racing is clearly gear-centric. Is there a product that goes to every race?

KL: Every race we take our bikes, we have awesome bikes, Specialized S-Works, carbon, the best cross-country bikes in the world. We also bring our Epic carbon paddles.

GI: You made the world news cycle again when your team managed to adopt a canine team member at the 2014 Adventure Racing World Championships in Ecuador. Care to explain?

KL: At a transition, at which you’re mandated to wait, we were able to eat real food. And, there are stray dogs everywhere … so, one of my teammates gave this particular dog some meatballs. When we left on foot, heading to a section of thigh-high mud, Arthur (as the team named him) hung with us. Sometimes he would disappear into the brush, but then he would hop back on the trail. I don’t know how he did it, but eventually, he was so exhausted and so far away we had to take care of him. At the next stage, a paddle, we had a four-hour penalty because a teammate needed an IV, then four more hours to wait for the tide, we decided to take him with us. After we finished, Arthur went back to Sweden with a teammate. 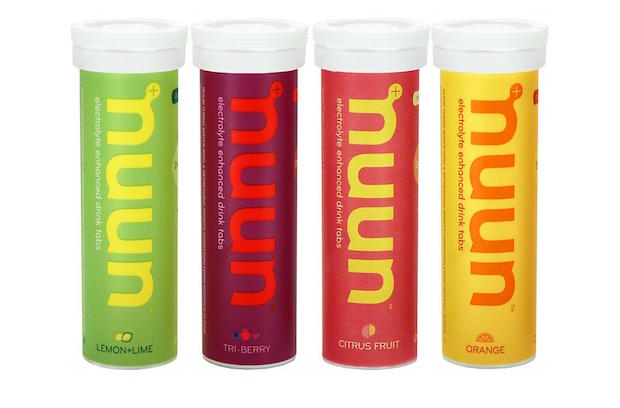 GI: Speaking of food, I hear you make some killer peanut butter cookies for when times get tough. Food is gear, after all.

KL: Food is the most important gear. I love Nuun tablets. We pick up water in very odd places, and it’s a nice way to flavor the water with not too much sweetness, and you get electrolytes, which is huge. 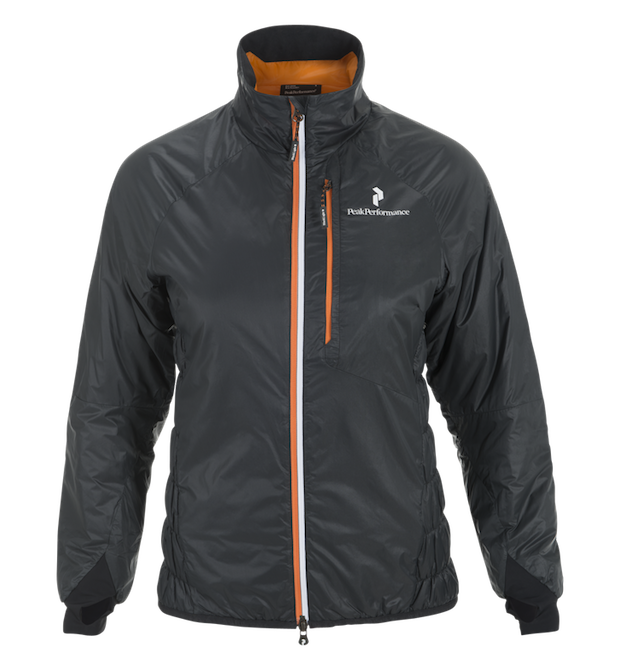 GI: Your sponsors provide you guys with some top-notch outdoor gear. What are some of your favorites?

KL: Peak Performance makes awesome, really smart clothes with great fabrics, and fabrics matter so much when you’re hiking through the bush or rain, even what may look like thin material doesn’t get torn or worn, it comes out looking brand new. 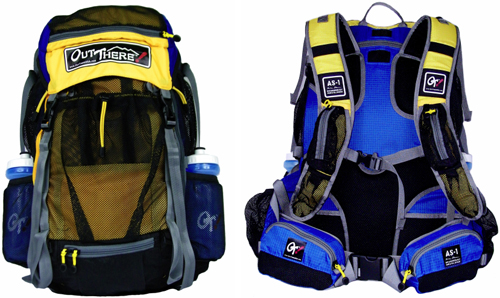 One of my favorite backpacks is from a brand called OutThere, developed by an adventure racer named Mike Kloser in Colorado, they are super thoughtful, all the pockets are in the right place. It’s all about being able to reach things, like gel flasks and water bottles and putting trash away.

Sole footbeds are pretty sweet. You heat them in the oven to help mold them, and they’re awesome when you’re on your feet for so long. And Sole socks are great, they never get holes in them.

GI: Does each team member have a sort of unwritten specialty?

KL: Yes. I’m sort of the MacGyver of the team. We once had a tire blow out with a long way to go still. So I decided to use a PowerBar wrapper around the tire, because those wrappers are strong. But it didn’t last long, so I came up with using a space blanket around the tube, and tape around that. It was crazy, but it worked, for five hours. Obviously, we are super minimal, we carry nothing extra. 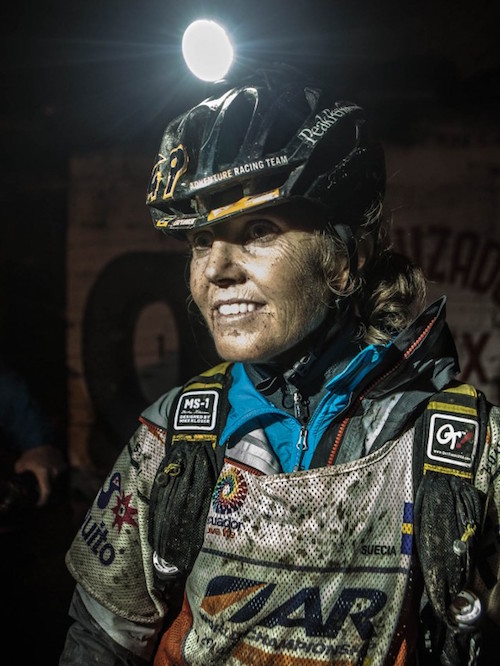 GI: It’s safe to say you know your way around gear. If everything you had was in a burning house, what would you run back in to get?