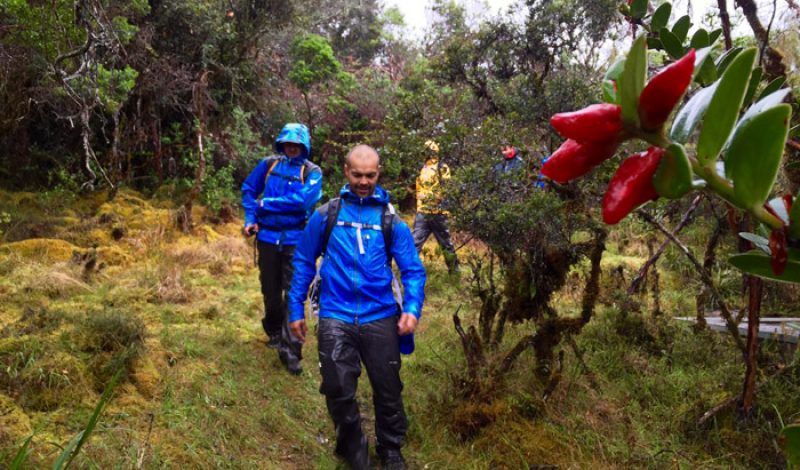 Columbia Sportswear, known for employing proprietary performance technologies in its technical apparel, will introduce its newest product to “keep you outdoors longer” in early 2016 – Outdry Extreme. Possibly the most significant development in waterproof breathable technology in decades, Outdry Extreme boasts sizeable breathability and durability improvements by eliminating the need for a protective outer layer, beyond the membrane, on hard shell jackets and pants.

The first waterproof jacket was introduced in Scotland in 1824. A simple rubber raincoat, it enabled people to keep dry in the elements, but clearly did not allow perspiration to escape. Over a century later W.L. Gore & Associates introduced the revolutionary, waterproof breathable Gore-Tex membrane that is now found in a wide variety of styles and products. Gore-tex and eVent type membranes are both waterproof and extremely breathable but due to their relative fragility, depend on a multilayer system. The waterproof/breathable membrane is generally glued between an inner and an outer layer to protect the membrane from wear, dirt and grime and produce a comfortable fit and feel. The inner layer consists of a wicking fabric similar to what Columbia is doing in these new pieces while the outer fabric layer is treated with a Durable Water Repellant (DWR).

It’s the outer layer’s weaknesses that prompted Columbia to rethink the way they constructed hard shells. In heavy rain or wet snow, the outer layer’s DWR can become overwhelmed (in as little as a few minutes) and cause the fabric to saturate, or wet-out, at which time the waterproof membrane continues to keep water from penetrating the shell, but leaving breathability seriously compromised. Additionally, when the DWR is degraded by abrasion, wear or age the jacket may begin to wet-out immediately. Since Columbia’s waterproof breathable membrane is both durable and does not wet-out, they’ve ditched the outer layer all together.

I put Outdry Extreme to the test both in the field and in the lab. At first glance the new Outdry Extreme jackets do not appear particularly breathable, but Columbia claims breathability in line with other waterproof breathable technologies.

From a jungle in Colombia to the shower in my home in Santa Fe, I was unable to get the prototype jacket’s Outdry Extreme membrane to leak, wet-out, or fail in any way. In fact, after a three-hour hike in the drenching rain of the Chingaza National Forest, and several river crossings, I was still dry from the knees up. As an added bonus the thick jungle mud had a hard time sticking to my shell and pants due to the lack of a fabric-based outer layer. Considering the elevation, the quick pace set by the local guide, and driving wind and rain from every direction – this stuff lived up to its billing.

In my shower test, a Gore-tex Active jacket’s outer fabric was quickly saturated, inhibiting its breathability and causing it to feel clammy against my skin. That damp sticky feeling was noticeably absent when wearing the Outdry Extreme jacket. Additionally, it took a couple of hours for that wet outer layer to dry, while my Outdry jacket was easy to shake off, and dry in a quarter of the time. 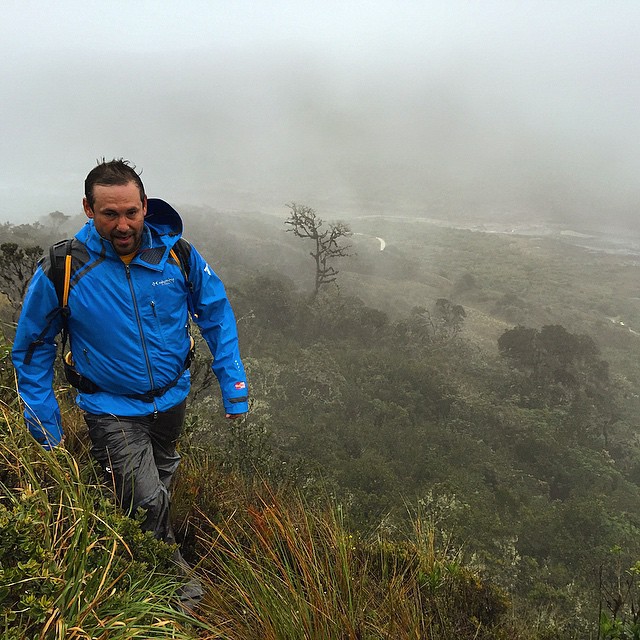 Hitting stores in Spring 2016, Columbia is providing you with three flavors: Diamond, Platinum and Gold, each at its own price point. The major differentiation points between levels are the inner wicking fabric quality and the Diamond jacket’s ability to stretch, making it more comfortable and versatile.

Check back later this year for the in-depth testing results of our 2015 Storm Shell Jacket Test to see how Outdry Extreme stacks up against other top shells.

Full Disclosure: The author tested the prototype Outdry Extreme products both on an excursion to Colombia funded by Columbia Sportswear and on his own in Santa Fe, NM.