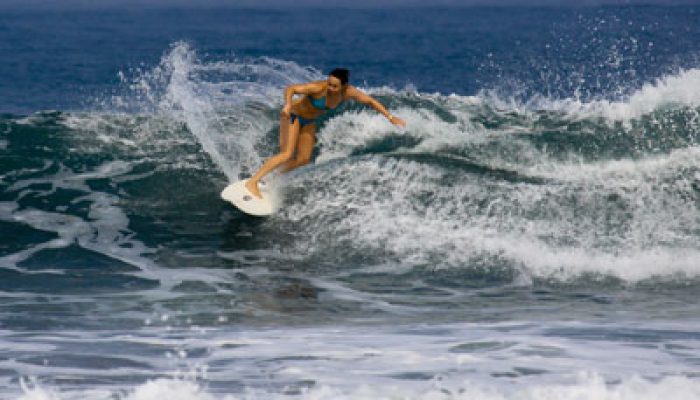 Shelby Stanger is a freelance journalist covering surfing and adventure sports products, business, and culture. Her writing has appeared in Outside, Men’s Journal, Women’s Adventure and ESPN Rise, as well as Surfer, Slide, Foam and Shop-Eat-Surf.com.

She was the first female pit reporter on the infamous Vans Warped Tour, and has been  assigned to stories in South Africa, Canada, Indonesia, Australia, New Zealand, Japan, all over South and Central America.

Before her career in journalist, Shelby  was the girls marketing and international marketing manager at Vans, where she oversaw the footwear brand’s activities in Asia, Australia/New Zealand and all over Latin America. While at Vans, she also contributed chapters to the recently published Off the Wall: Stories of Sole From Vans Originals, a 207 page hardcover book published by Harry Abrams.
She has also been a surfing instructor Surf Diva since 1996 year in San Diego, Calif. and Costa Rica.