North Face athlete Conrad Anker first attempted to summit Meru via the Shark’s Fin route in 2003. In 2008 he returned with teammates Jimmy Chin and Renan Ozturk, and they were forced to turn back only 100m from the summit. Located in India’s Garhwal Himalayas, horrendous weather conditions pushed them to the point where they thought they would never be able or willing to return. But return they did, and in 2011 they were better prepared for the challenges they would face. North Face Athletes like the Meru Team, working with The North Face Research Design and Development, have developed a new synthetic insulation technology called ThermoBall that enabled them to endure such extreme conditions on their successful 2011 expedition to the summit.

ThermoBall technology from The North Face is a synthetic material made to imitate the advantageous thermal qualities and packability of down, while being less affected by wet conditions. It is comprised of small, 3-4 mm, balls of synthetic fiber that clump together and create a puffy insulator that is a light, warm, packable and weather resistant insulator.

In an interview with Gear Institute, Philip Hamilton, VP of Product Development at The North Face, stated that while “the thermal qualities do not quite reach that Holy Grail level of down” they are close. In fact, the North Face does claim that ThermoBall shows significantly better thermal qualities than that of other traditional synthetic insulators such as PrimaLoft. In addition to being less adversely affected by wet conditions, The North Face claims ThermoBall may be the future of feathers – a sustainable substitute to the harvesting of down.

We’re constantly testing new materials, in the case of Thermoball we recently determined that there needs to be additional improvements in its performance before it comes to market and as a result it will not be in our Fall 12 line as we had anticipated.

In 2012 The North Face will also be introducing FlashDry, an embedded particle technology that was touted by The North Face as providing increased breathability and insulation properties to many different types of fabrics and layers. Gear Institute testers look forward to the opportunity to test both FlashDry and ThermoBall products in the near future. 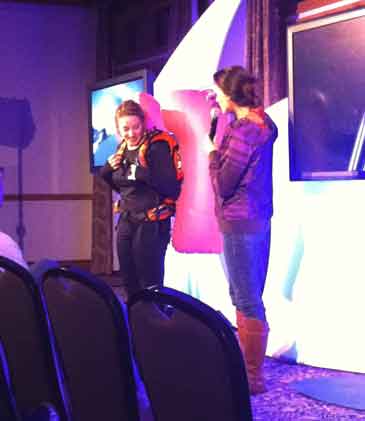 Also making its debut in 2012 will be a lineup of avalanche airbag products. The North Face has teamed up with European airbag pack maker ABS to produce a line of airbag packs and vests. During an exclusive media event in Beaver Creek, Colorado, North Face professional ski mountaineer Hilaree Nelson O’Neill spoke about the benefits of airbag technology and the importance of avalanche awareness. She shared her experiences with avalanches as well as a recent instance where fellow North Face Athlete and Freeride Word Tour champion, Xavier de le Rue, was saved by his ABS pack in a massive 2km slide. The statistics are hard to ignore – ABS airbags increased survival rates to 97% in documented accidents. The North Face seems to be taking a step in the right direction by marketing this technology and making it more accessible to mainstream audiences. It was not long ago that helmets were uncommon on the slopes of North America, and perhaps airbag technology will become just as ubiquitous, at least in the backcountry. This is another great example of how the needs of their athletes drive The North Face to expand and enhance its products’ capabilities. 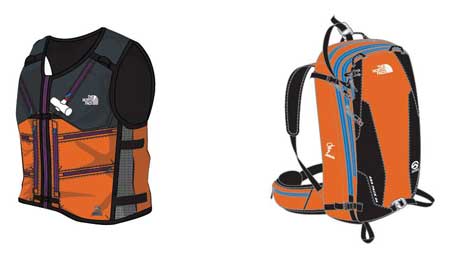