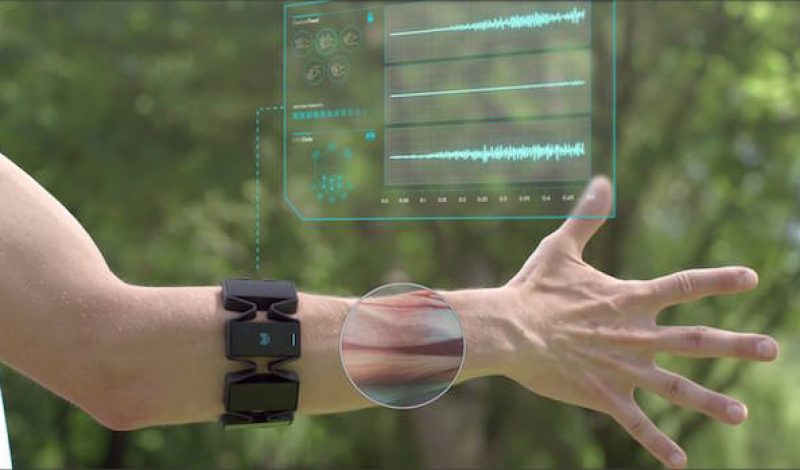 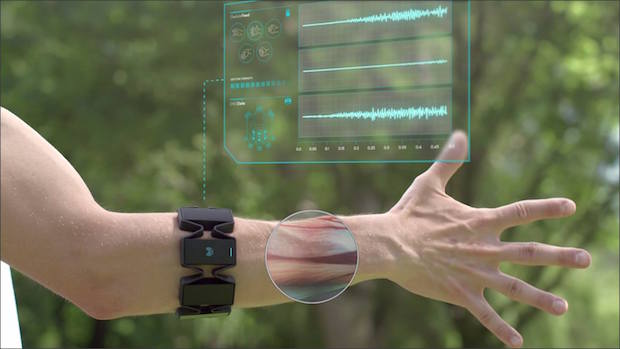 Magic may be the best way to describe the Myo electronic gesture armband, and in fact, that might not be too far off from the truth. In just the same way a wizard waves his arm to make magic happen, you can literally wave your arm around to make your electronic devices perform pre-programmed functions. The best part is that you are the one that programs the gestures and assigns them to specific functions, giving you control over what actions are performed. But the secret isn’t really magic, but a series of high tech sensors that react to simple and subtle movements in your muscles.

The Myo armband is the ultimate in hands free technology specifically for those who work with their hands like climbers, fishermen, mountain bikers, and even divers. Imagine being able to control your electronics without ever having to touch them, you can wear this band just over your skin and under most layers, including dry-suits. The opportunity to communicate with electronics in this way opens up a whole new dimension for exploration in harsh outdoor environments where protection limits an individual’s tactile functions. 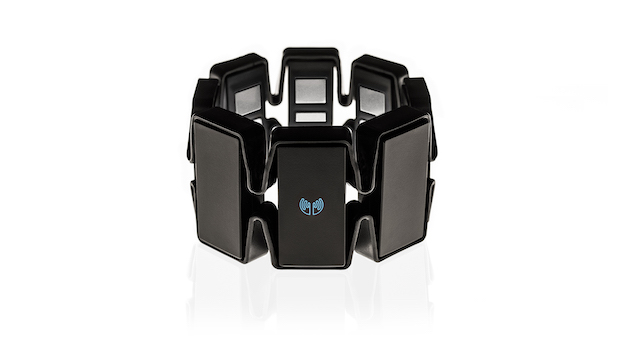 The Myo connects to devices via Bluetooth and is compatible with Windows, Mac, IOS, Android, and most other operating systems. Gestures are detected by EMG muscle sensors combined with an accelerometer that detects rotation, movement, and orientation. This allows the user to perform such functions as switching between apps, adjusting volume, surfing the web, or even entering text. The wearable can even be used to control certain compatible drones or deliver Power Point presentations.

If that wasn’t enough, Myo has also built its own marketplace with apps that are designed to work specifically with the armband. Developers are continually adding new options that extend the gesture functionality in new ways, which is helping to untap the potential of this interesting new technology. 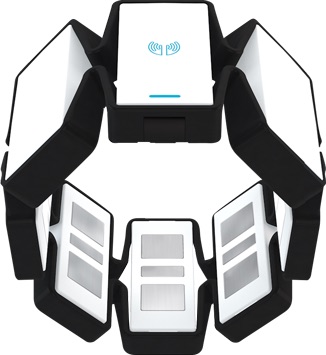 The best part is that the Myo is available now for $199.00 and provides a number of simple and convenient features straight out of the box. It weighs only 93 grams, or about 20 US quarters, and is just 0.45 inches thick. One charge to its lithium battery using a standard micro-USB cable gives you an entire day of power, which should be long enough for most applications.

Honestly, it’s a pretty simple step forward that can make a lot of difference. Check out some of the videos and applications on the Myo website and ask yourself if you’ve ever wanted to feel like you’ve got magic powers.