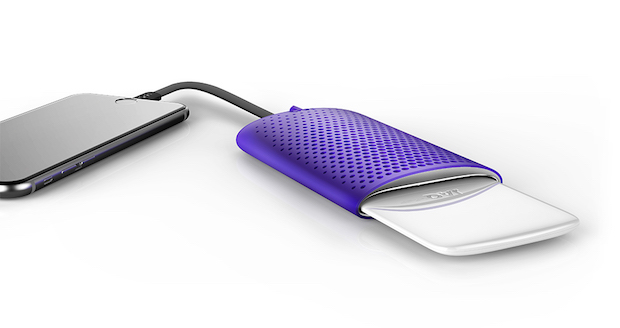 Last week at the Consumer Electronics Show in Las Vegas a Swedish start-up called MyFC took the wraps off a unique new product that promises to provide clean energy for use in recharging our cell phones, tablets, and other portable electronic gadgets. The device is called the JAQ, and it uses a chemical reaction that takes place between saltwater and oxygen to produce power.

In reality, the JAQ is a small fuel cell charger that is about the same size as most other portable battery packs that you’ll find on the market today. But while those other chargers capture and store power from a standard wall outlet for future use, the JAQ uses specially designed “PowerCards” made from salt and water to provide energy instead. When you’re ready to recharge your mobile device you simply plug it into the standard USB port found on one end of the JAQ and slide a PowerCard into place. The chemical reaction begins immediately, providing clean power to recharge your gadget. 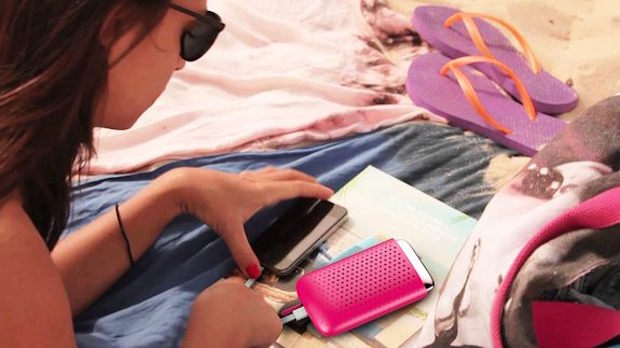 MyFC says that a single PowerCard offers about 1800 mAh of power, which is enough to charge most smartphones – like the iPhone 6S – once. The JAQ is capable of recharging larger devices such as tablets too, but obviously more cards would be needed.

The JAQ is expected to go on sale later this year, although no price point for the fuel cell charger has been announced just yet. The PowerCards are expected to sell for about $1.50 each however, but MyFC is hoping that customers will buy a monthly subscription from them instead. Under that plan the company will provide JAQ owners with a supply of cards each month for a nominal fee. The MyFC website says that subscriptions will run about $5.50 per month. 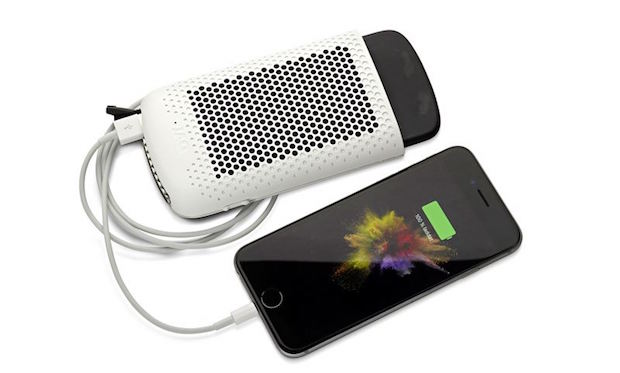 While the JAQ does indeed provide clean energy, it remains to be seen if this is a technology that consumers will want to adopt. In addition to carrying around the charger, they’ll also need to have fuel cells for it on hand as well. That may seem inconvenient when compared to standard portable chargers, even if the JAQ is better for the environment.