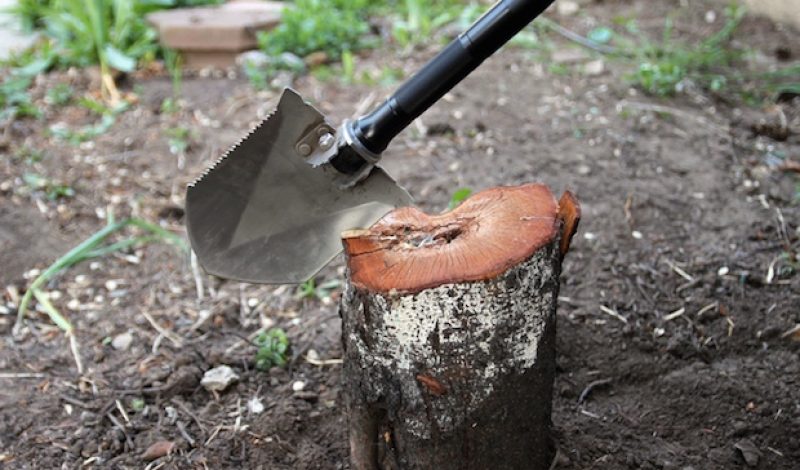 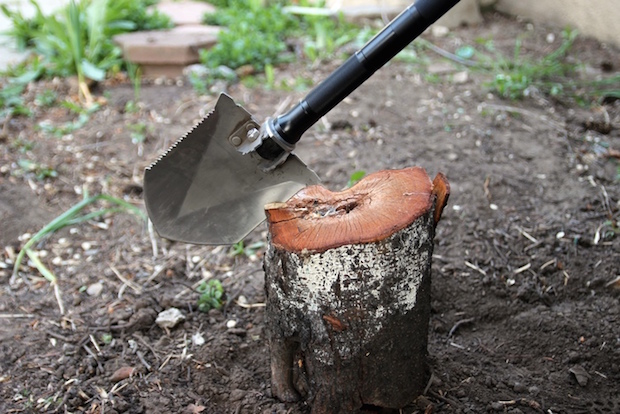 Here at GI we always appreciate a piece of gear that delivers a high level of versatility, but a new product that appeared on Kickstarter last week promises to take the concept of a multitool to a new level. A Salt Lake City based company called Urban Tactical has introduced a shovel designed for the 21st century, giving it the ability to do a lot more than just dig holes.

At first glance the Attachment Shovel looks just like any other shovel you might come across in your local hardwear store. It has a sharply-pointed head and rounded scoop that makes it perfect for digging holes around your yard or at a campsite. But upon closer inspection you’ll find that this tool can do much more than that. For instance, the shovel’s carbon-steel head also has a serrated edge that can be used as a saw, and another that is sharp enough to actually chop wood. 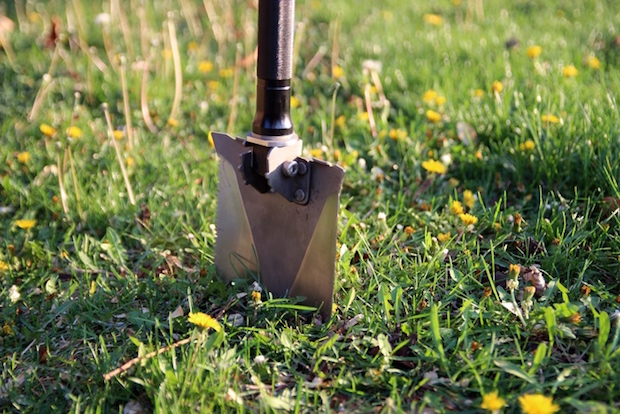 But the innovation doesn’t end with just the scoop. The Attachment Shovel also features a variety of modular sections that combine together to create a highly gripable handle for digging and chopping. But those individual sections also have their own integrated tools as well. For instance, one can be used as a saw and bottle opener, while another features a knife blade and screwdriver. There is even a flashlight attachment, a fire starter, and a built-in USB port for charging smartphones or other small electronic devices.

Urban Tactical is looking to raise $30,000 through the Kickstater campaign to help move the Attachment Shovel into production. If they can hit that goal, the company expects to start shipping the product in August of this year. When it does become available it could just become one of the more useful tools in your outdoor arsenal. 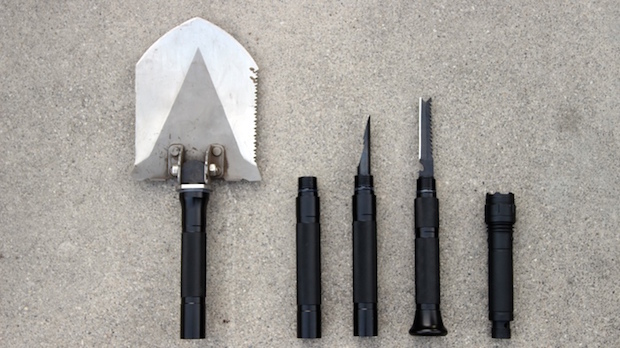