Make Pizza at Your Campsite with the Roccbox 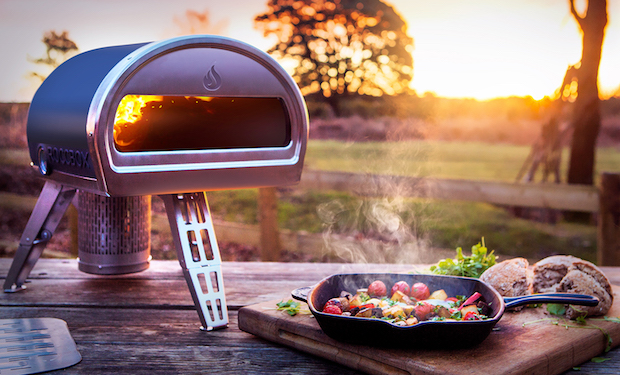 Have you ever wished you could make hot and fresh pizza at your campsite? How about baking flatbreads or roasting meats and vegetables? Normally that would seem like an impossibility, but with Roccbox – a portable stone oven that recently launched a crowdfunding campaign – it just might become a reality.

Capable of using either gas or wood to heat its interior, the Roccbox will reportedly reach temperatures reaching up to 930ºF (500ºC). That’s hot enough to cook a Neapolitan pizza in just 90 seconds. How is that possible? According to the oven’s Indiegogo website, the Roccbox has special heating elements integrated throughout its metal body, not to mention its stone floor. When the oven’s burner is attached, those elements begin collecting and storing heat, dispersing it equally throughout the cooking chamber, effectively mimicking the same process found in your oven at home. 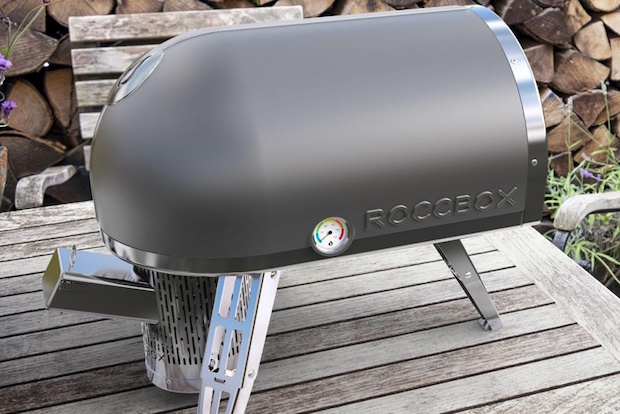 Reportedly, the heating process is fast too. The designers claim the Roccbox can reach its maximum temperature in just 15 minutes, and comes with a thermometer built right into the stove that makes it easy to monitor the current temperature. Handy color coded zones on that gauge match-up with recipes that come with the Roccbox, making it easy to cook entire meals, including meats, veggies, and breads

The Roccbox is touted for being portable, but that is somewhat of a relative term. It tips the scale at a beefy 44 pounds (20 kg), so while it can be easily moved over short distances, you probably aren’t going to lug it with you into the backcountry. Still, it will up your game in terms of backyard or car camping cooking, greatly opening up the possibilities of what can be made and eaten while away from home. 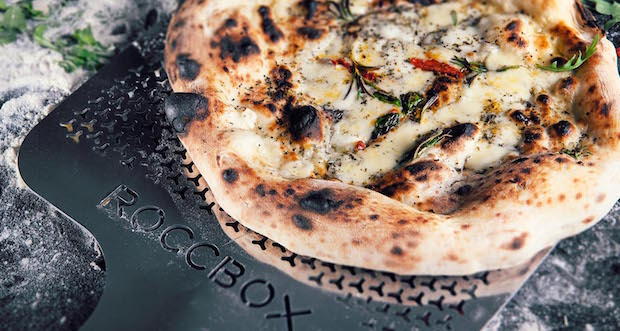 In terms of crowdfunding, the Roccbox is already a success. The goal was to raise $100,000 to get it into production, but with more than a month to go in the Indiegogo campaign, it is currently sitting at more than $536,000. That means the company behind this portable oven can now concentrate on shipping it to customers in June.

Find out more about the Roccbox on its Indiegogo page.