People Are #!%‡ing Crazy About Lululemon 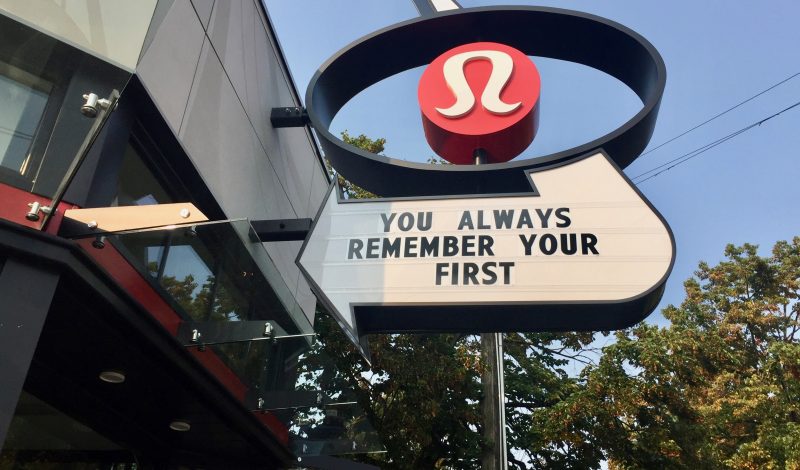 I arrived in Vancouver for the Lululemon SeaWheeze half marathon and festival to find a line around the corner to get into the convention space where packet pickup and the apparel shop would be housed. I’ve seen this kind of thing before at the New York, Chicago and Boston marathons — but it’s a bit unusual at a half. The really strange thing was that it was three days before the race.

It was akin to what you see before the release of a new phone or the hottest concert tickets. At first, it was hard to believe that people would camp out on a sidewalk for multiple nights just to be the first one into a running race shop. Maybe there was a promise of free gear? Nope — they were lined up to purchase race apparel. But Lululemon isn’t your average brand and doesn’t produce your average running gear. It has a cult following of runners, yogis, loungers and some genuine fanatics.

Since being founded 20 years ago in Vancouver, BC — Lululemon has exploded into an internationally known brand of yoga, running and leisure attire. Everyone has seen the yoga pants and every woman I talk to says the same thing “they’re so comfortable”.

As a guy, yoga pants are a tough sell. Don’t get me wrong, I’ve worn running tights on days when I needed to get a long run in and it was below zero. But on those days I got more than my fair share of comments from running buddies like “you look like a real runner now!”

One thing I can attest to is comfort. Lululemon doesn’t know how to make uncomfortable clothing. Even their dress pants are among the most comfortable pants I own, and that includes my old broken-in pair of jeans. Their men’s running line is, in a word, solid. Each pair of shorts has storage compartments; some have pockets, most have zippered pockets, pockets within pockets for a phone or music player. The design, function, and all around quality are impressive. This stuff is obviously made by and for runners.

It turns out that the promise of very limited edition running apparel was just too overwhelming for the people camped outside the expo site — that and the fact that not long after the expo sells out of the limited edition gear it can be found selling at 5 times the retail price on eBay.

The packet pickup and race shop was a mob scene on Saturday morning. Fortunately, I was led in through a rear entrance so I could witness the frenzy. It was a party-like atmosphere with a DJ, some dancing, and nothing but happy faces. The limited edition items had sold out in 22 minutes and yet, hours after opening, the race shop was filled with people moving about with loads of clothing in their arms. There were some who had piled their selections on the floor, sorting and choosing which would become theirs. And while most people chose a few items and moved toward the cashiers, the organizers had limited the number of items one could purchase to ten, and controlled the amount of people allowed in the shop at any given time.

Sunday morning the race began near the Vancouver convention center, but not before we had a quick warm up led by Lululemon ambassador athletes. Once the ten thousand of us got started, we wound our way through Vancouver — first through Gastown (interrupting a movie shoot) and then heading for the coast in Yaletown.

We crossed the Burrard St. Bridge into Kitsland and past the Lululemon campus before hitting a turnaround, going back across the bridge to turn north toward Stanley Park. In the park we followed the shoreline along English Bay, which provided a subtle breeze and spectacular views of the mountains. It was a beautiful final 8km of park running — finishing up where we started in the heart of Vancouver.

Post-race activities were awesome. We did some yoga (of course) in Stanley Park, and hit up one of the many food trucks that attended the Sunset Festival. Then we settled in on some picnic tables with a couple of beers for a Young the Giant concert.

Many people I speak with don’t even know that Lululemon makes men’s clothing, or running gear in general. I suspect that will, and is changing. And while their women’s wear is ubiquitous — their men’s offerings are similarly high quality and comfortable.

I had never been to Vancouver before this trip, which was sponsored by Lululemon, but I certainly plan to return. Its distinct and walkable neighborhoods, diverse population and food, and gorgeous views all compliment a pleasant urban feel. And the half-marathon is a world-class event.

The SeaWheeze Half Marathon and Sunset Festival is set for this coming September. Find out more on seawheeze.com