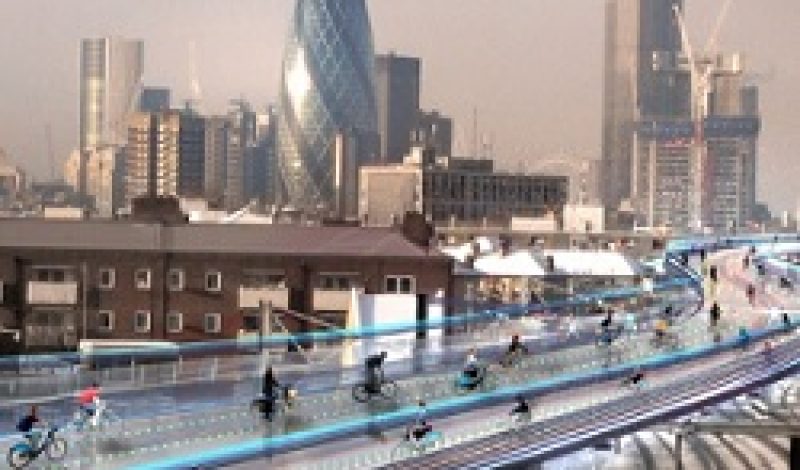 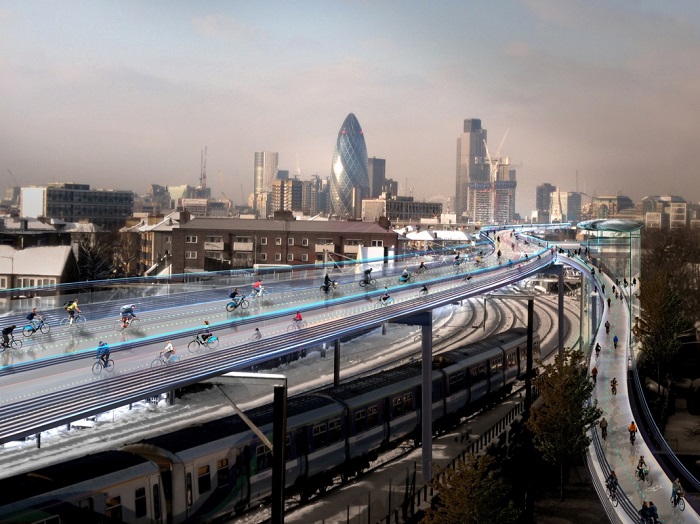 Cycling in London is undeniably on the rise—as is the number of bike casualties in the city, which has increased by half between 2006 and 2011. And SkyCycle may be the perfect solution. The recently proposed 50-fot-wide cycle-specific elevated highway would stretch 137 miles throughout the city above an existing network of suburban rail lines. It’ll handle as much as 12,000 riders an hour, with more than 200 access points within ten minutes of nearly 6 million London residents. Foster + Partners, the designers and architects behind the proposal, estimate that it could reduce commute times by up to 29 minutes. Of course this cycle nirvana won’t come cheap. The firm is currently raising funds to execute a feasibility study, including a four-mile route between Stratford and the Liverpool Street Station, which will cost an estimated $360 million. File this under fingers crossed.
—Nathan Borchelt