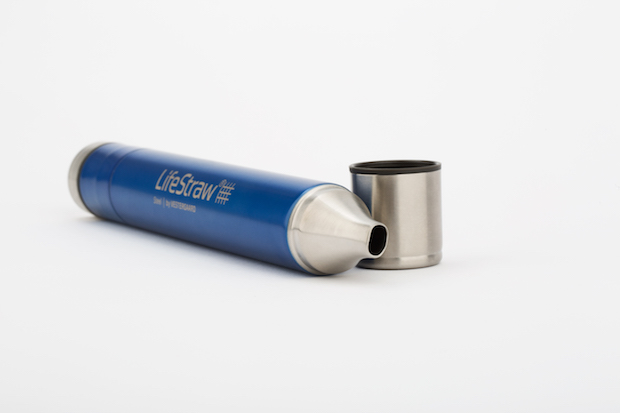 Lifestraw is a company that is known for making inexpensive – yet highly effective – water filtration systems for use in places where contaminated water threatens the health of both indigenous people and travelers alike. The company’s original product was highly innovative when first released, as it has the ability to filter out more than 99.99% of the bacteria and protozoa from a water source. It is also lightweight, requires no power, and can effectively treat up to 1000 liters of water too. But now, Lifestraw has taken that same technology from its flagship product and incorporated it into a completely new model that was specifically designed with hikers and backpackers in mind.

The new Lifestraw Steel offers a similar level of performance in terms of removing harmful items from drinking water as did its predecessor, but instead of coming in a plastic housing, this model is built out of durable metal instead. Lifestraw says that it used 18/8 food grade stainless steel in the construction of this new product, which helps to give it a classier look in addition to making it much more rugged as well.

Aside from the new metal case, the Lifestraw Steel resembles the original model in many ways. Both are 9″ in length, and 1″ in diameter, and share a design that looks very similar. The original model weighs just 2 ounces however, while the Steel tips the scales at 4.4 ounces. That’s still not much, but ultra-light hikers may bulk at the added ounces. The new case does come with one added benefit however, as the new model certainly feels far more substantial in your hands. Both are capable of purifying up to 1000 liters of water over their lifetime, but the Steel has user-replaceable carbon capsules to help improve the taste of the water as well. Those capsules are good for filtering about about 100 liters of water before they must be replaced too.

The two-stage filtration system on the Lifestraw Steel first uses that carbon capsule to reduce chlorine levels, remove bad odors, and filter out organic chemical contaminants. The second stage pushes the water through a hollow fiber membrane that has been designed to remove 99.9999% of bacteria such as E. coli, while also straining out 99.9% of protozoa, which includes the likes of Giardia and Cryptosporidium. The result is water that smells and taste good, and should be safe to drink too. 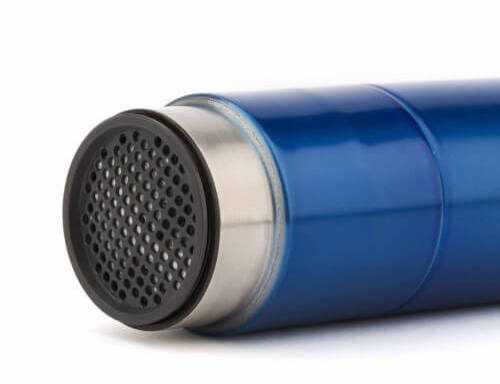 And of course, when you buy something from Lifestraw you’re not only getting a product that will help keep you safe while traveling, you’re helping others too. For every item they sell, the company pledges to  give clean drinking water for a year to a child living in Kenya, a nation that struggles to provide fresh drinking water to parts of its population. So far, this program has impacted nearly 160,000 young people in the African country, and helped more than 300 schools as well.

That’s a cause that is definitely easy to support. 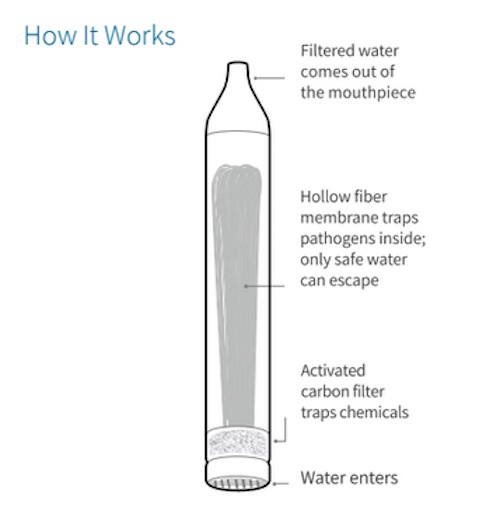