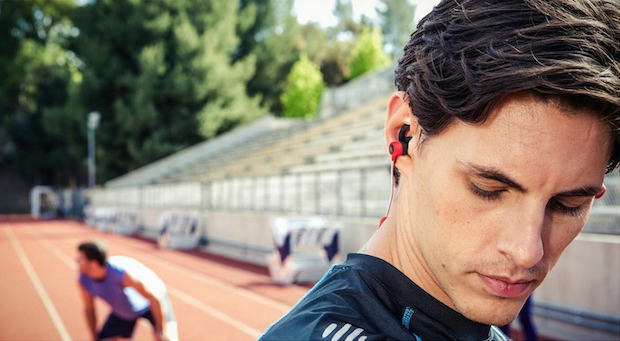 In case you haven’t heard the news, Apple is releasing another iPhone this week. While a new smartphone coming out of Cupertino always garners a lot of attention, this year much of that attention has been focused on what the iPhone won’t have, rather than the new features it will. While designing its latest device, the engineers over at Apple elected to do away with the standard headphone jack in an effort to push users towards wireless earphones instead. As you can imagine, this has been viewed as a controversial move by those who aren’t quite ready to give up their trusty wired headphones just yet.

But, whether you’re buying the new iPhone or sticking with a different model, Bluetooth headphones are definitely the way to go, especially if you’re an outdoor athlete looking to run or ride while listening to your tunes. Not only do they deliver solid performance on par with wired earbuds, they also provide a sense of freedom that you don’t get with that silly cable dangling down your side.

Fortunately, there are a number of great options already available if you want to make the switch to wireless. One of the best that I’ve come across so far are the Reflect Mini BT earbuds from JBL. These powerful little headphones offer good sound quality and solid battery life, something that isn’t always easy to do in a device this size. They are also comfortable to wear, come with some nice features built right in, and are even designed to be sweat proof, making them a good choice for use during your workouts. 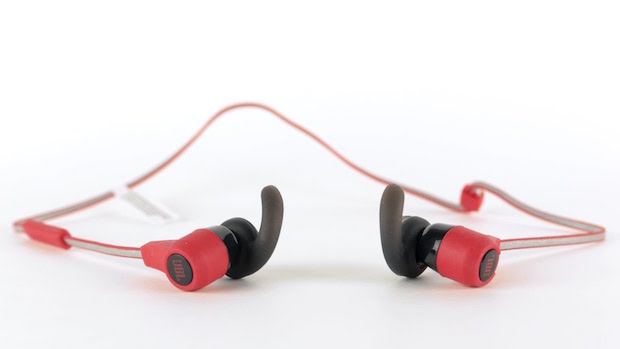 One of the things that I like best about the Reflect Mini is that they fit comfortably for me right out of the box. With other earbuds that I’ve used in the past, I’ve had to switch out various silicon tips to find just the right sizes for each of my ears. That wasn’t the case with these earphones however, as they popped right into place – and stayed there – without the need to tweak the fit in any way. JBL does ship the Reflect Mini with four sets of ear-tips – two of which are specifically designed for exercise – but there has been no need for me to change out the default options that came preinstalled. Your mileage may vary of course, but I appreciated not having to tweak the way these earbuds fit before I could use them.

The other thing that has impressed me about the Reflect Mini is the sound quality. I don’t expect my workout earphones to offer the same level of performance that my larger, more powerful headphones do, but I was pleasantly surprised to hear distinct high- and mid-range tones in the music I listened to. There was even a hint of solid bass, which is not something you hear out of most earbuds in general. JBL has a long history of making audio products however, and that heritage shines through here. Unless you are a true audiophile, chances are you’ll have no complaints.

As with most wireless earphones, the Reflect Mini comes with an inline remote and a built-in microphone. The remote has three buttons on it which allow you to adjust volume up or down, as well as pause, play, and skip tracks. It will also give you the option to pick up or make phone calls, which can certainly come in handy while out for a run or ride. My experience with this aspect of these earphones was that it worked fine, but it probably won’t be your preferred way to talk to friends and family. But, if you’re in the middle of a workout and an important call comes in, you’ll be able to take it without any major issues arising. 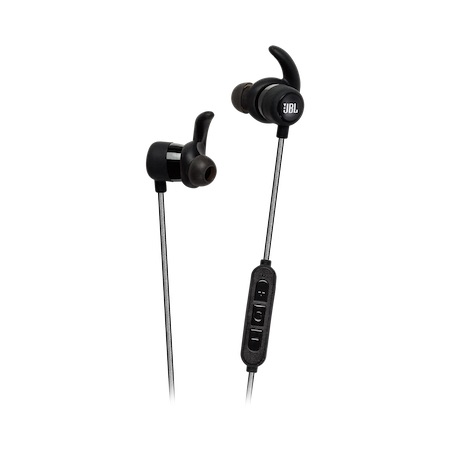 One of the things that people worry about when switching to wireless earphones is that it is yet another device that they’ll have to keep charged. Thankfully, the Reflect Mini BT has pretty decent battery life for its size. JBL rates it at about 8 hours, although I was more likely to get 5-6 hours during real world use. That’s still enough for five good runs between charges, and depending on what you listen to and how high you set the volume, you might be able to even tweak a bit more performance out of the battery.

One of the major complaints about Bluetooth technology over the years is that it can be difficult to pair it with a device, and connection issues can impact sound quality or cause it to dropout altogether. That hasn’t been my experience with the Reflect Mini BTs though, as they paired within seconds with my iPhone 6s and kept a rock solid connection whenever they were in use. In fact, I can’t recall ever hearing any static, cut-outs, or interruptions of any kind while using these earbuds on a run. Pretty much every other model that I’ve tested in the past has had those issues at one point or another, but so far that hasn’t been the case here.

In terms of durability, the Reflect Mini earbuds have held up very well so far. The fact that they are water resistant is a big bonus for me, as I tend to sweat all over them while exercising. But, I find myself being cautiously optimistic about their long term viability. I have reviewed other wireless earbuds in the past that have worked fine for awhile, but stopped functioning after just a few months. Hopefully that won’t be the case here, but only repeated use and time will tell. 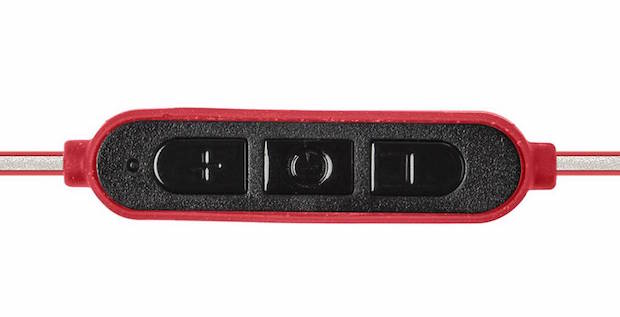 Some of the reluctance that comes along with making the switch to wireless is the perception that Bluetooth headphones are expensive. While it is true that you can pick up a $10 pair of wired earbuds just about anywhere, the quality of those options is severely lacking to say the least. JBL has priced the Reflect Mini BT at $99.95, which is makes them affordable for most of us, and puts them well below the $160 Apple is asking for their fancy new AirPods.

If you’re contemplating cutting the cord, the Relfect Mini BTs are certainly a good option to go with, particularly if you are a runner or cyclist. These earbuds are easy to use, comfortable, have good sound quality, and dependable battery life. In other words, pretty much everything you need out of earbuds for a workout.