Over the past year I’ve gotten to know Hults Bruk and their extensive line of axes and hatchets, primarily through extended use in the field. Before the first swing of any of the tools in the Hults line, I took notice of the craftsmanship and attention to detail, but as with most tools of this type you don’t really get a feel for what they can do until you get down to earth with them – literally. That is unless you get the chance to talk to the designer of one of these timeless pieces and witness first hand his enthusiasm and vision in creating it. That’s exactly how I was introduced to the latest offering in the Hults Bruk line: The American Felling Axe, which was designed by pathfinder, spirit guide, and all around good guy, Dave Canterbury.

Dave was at the Outdoor Retailer show hanging out at the Hults Bruk booth to discuss the nuances of the new axe. I had all intentions of recording a massive interview with him about the product, but right after I shook his hand we got right into it, just like two kids at Christmas. I didn’t have time to set up my recorder, and quite honestly – at that point – I didn’t want to. I just wanted to shoot the breeze with the guy and it just so happened that the new American Felling Axe, with its thirty-two-inch straight hickory handle and three-and-a-half-pound Montreal head was within arm’s reach, so we hit the ground running. 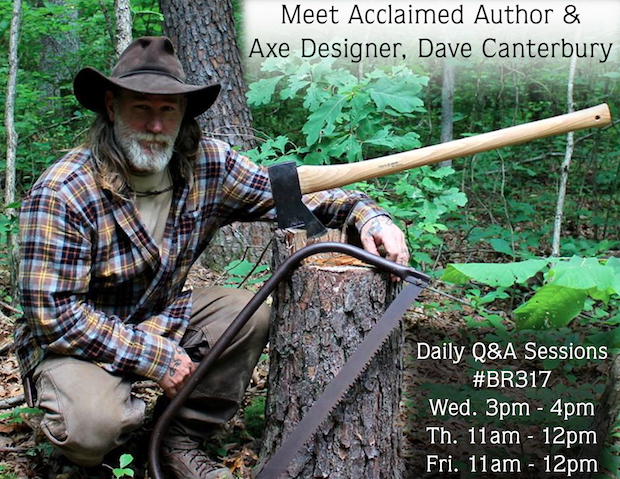 We were in the middle of Hults booth in a convention hall and the booth and while it was pretty open, it was also pretty packed. That meant that I didn’t get a chance to give the axe a full swing, but I did get a chance to feel the beast in my hands and do something of a slow mock swing with it. And just in the exaggerated action, I could feel the benefit of the longer, straight shaft and the heft of its bladed head. Now, I won’t go as far as to say that dropping a tree, parsing it down to manageable sections, and eventually splitting it is an all-out enjoyable experience, but it can be a very rewarding one with the right tool. The Hults Bruk American Felling Axe by Dave Canterbury just might be that tool.

When it launches later this year, the axe will retail for $239. It will be made from American Hickory and the same quality Swedish steel that Hults has been using for centuries. I’m eager to get my hands on one for the fall and get some prep work done up at the cabin before winter comes in. I’m especially interested in working with the Montreal style head, which is great for felling trees, but by design is also built for processing them once they hit terra firma. 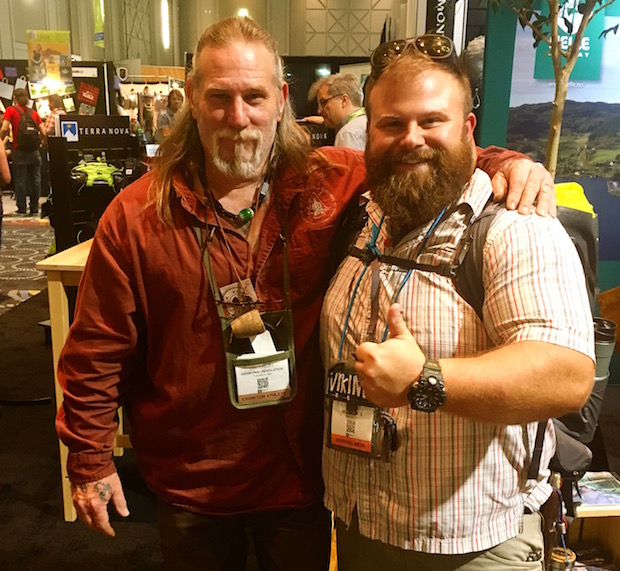 Additionally, I would recommend to anyone who spends a considerable amount of time in the outdoors to check out Canterbury’s book Bushcraft 101: A Field Guide to the Art of Wilderness Survival It’s a quick and organized read that breaks down clothing, gear, and practices that eventually becomes a great reference guide, complete with plenty of room for your own notes in the margin.

As a closing note, I would like to thank both Dave Canterbury and his wife, Iris for being some seriously great and welcoming individuals. Dave was there to get slammed with questions and put on demonstrations for a few days and they both met each person they saw with a smile and great conversation. There was nothing professional or rushed about it, it was just good old fashioned small talk. When you’re running from booth to booth at a trade show, those moments can be rare but rewarding. Thankfully, I got to meet up with them twice. Thank you very much – both of you. I hope to see you out on the trail someday soon!