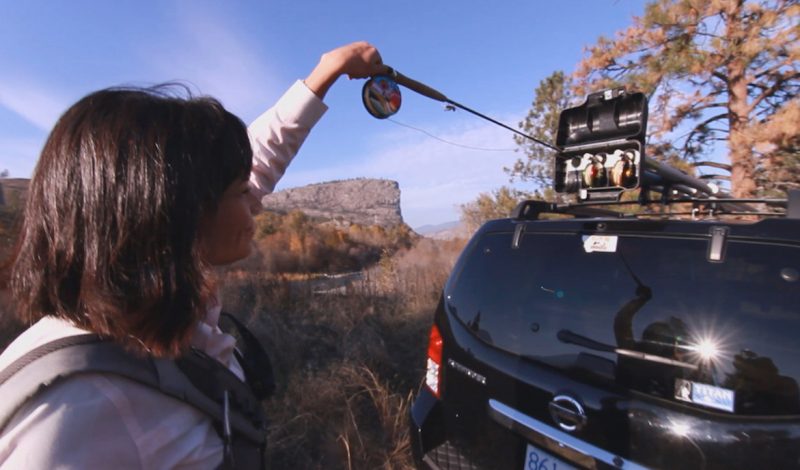 Four days of scouring the Outdoor Retailer trade show turned up some exciting and unique outdoor products. Here are the highlights in General Outdoor Gear. 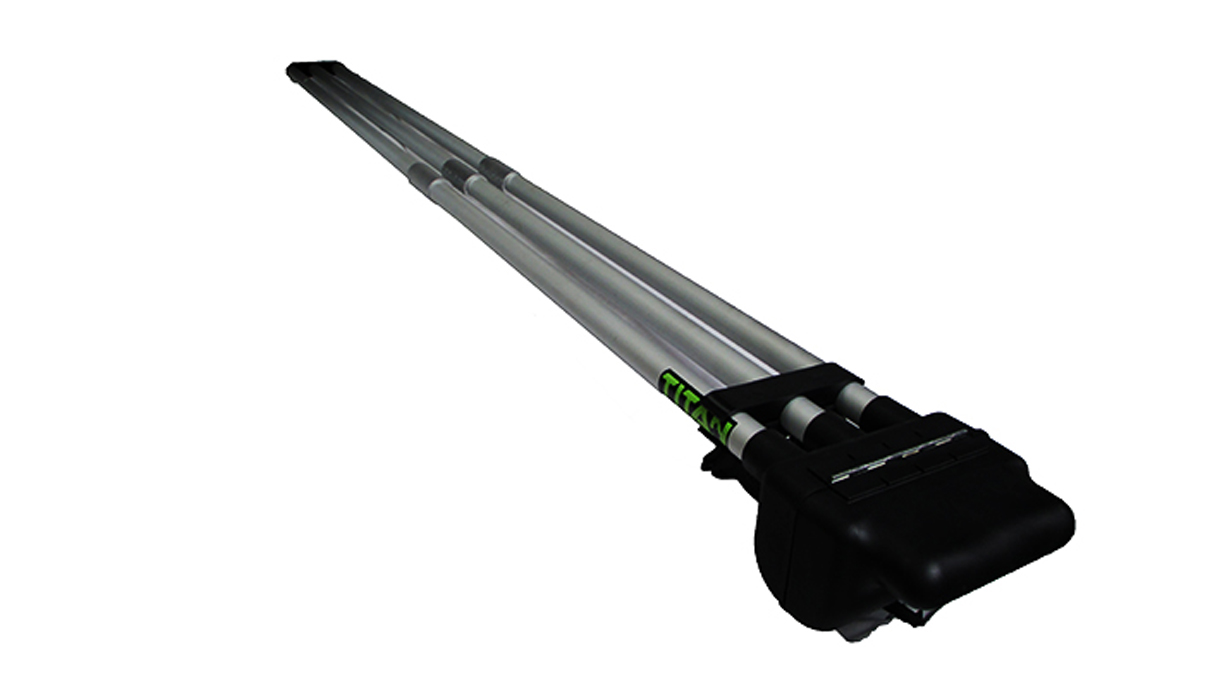 In the passionate pursuit of trout, many anglers will abandon reason when moving from one fishing spot to the next. They’ll tuck their very expensive rods and reels under the windshield wipers of their fishing rig, or strap them onto magnetic racks on their hoods, before speeding down wash-boarded gravel roads. Many $1,000 rod/reel outfits have been lost this way. But that never has to happen again. The Titan Rod Valet mounts to any factory or aftermarket roof rack to safely and securely hold three fully-rigged, ready-to-fish fly rods (up to 10-foot rod lengths). Parallel aluminum tubes extended from a molded plastic reel vault. Pop open the lockable TRV, slip the rods into the tubes, and close the lid over the reels. Not only are the rods and reels protected from road grime and accidental loss while driving, they are securely locked in place, out of sight, when stopping for after-fishing meals and entertainment. 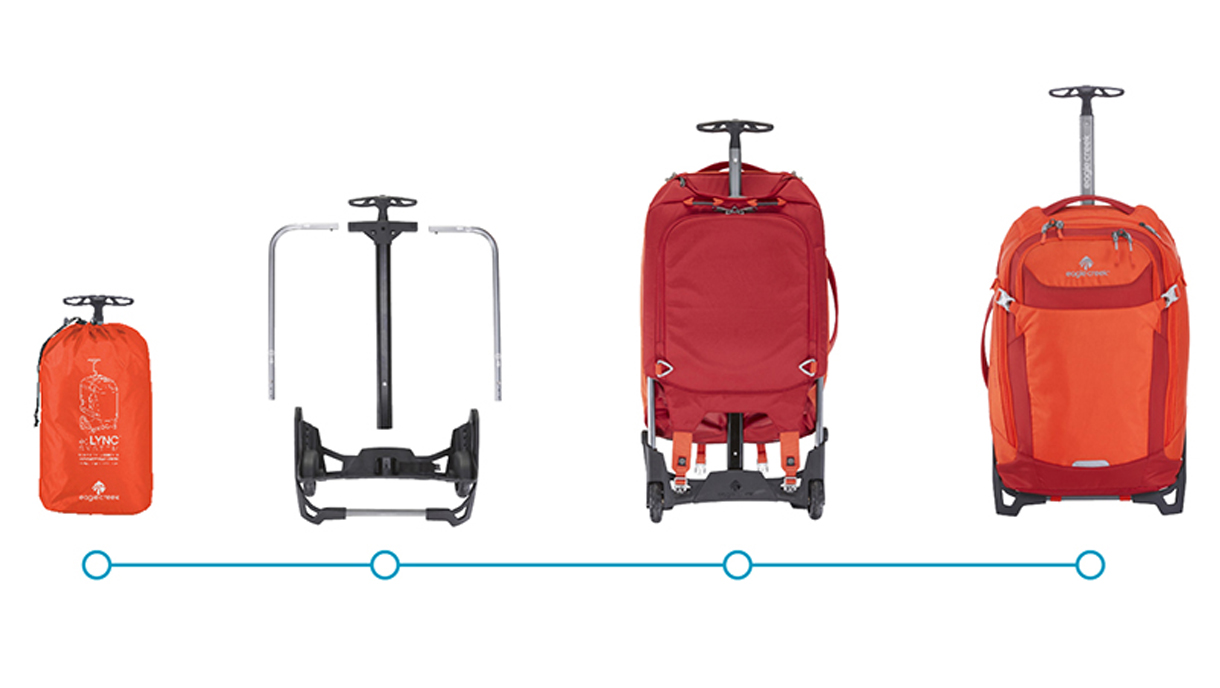 Roller-board luggage has replaced traditional suitcases for most travelers, but like those old hard-sided suitcases, roller bags occupy a lot of space when not in use. They are also typically single-purpose bags. Enter the Lync system. This new line of versatile, compact travel bags from Eagle Creek offers adventurers the chance to carry their luggage as a standard roller-board bag, as a wheel-less duffle or even as a backpack. When not in use the lightweight Lync breaks down and stores away in small stuff sack. The Lync bags come in four sizes: the Lync 20 and Lync 22 are carry-on sized, while the Lync 26 and Lync 29 swallow more gear but must be checked when traveling by air. The most versatile model, the Lynch 22, weighs just 4 lbs., 9 oz. in the fully rigged wheeled mode, and just l lb., 12 oz. when the wheels and frame are left behind and the bag is toted as a backpack or duffle. 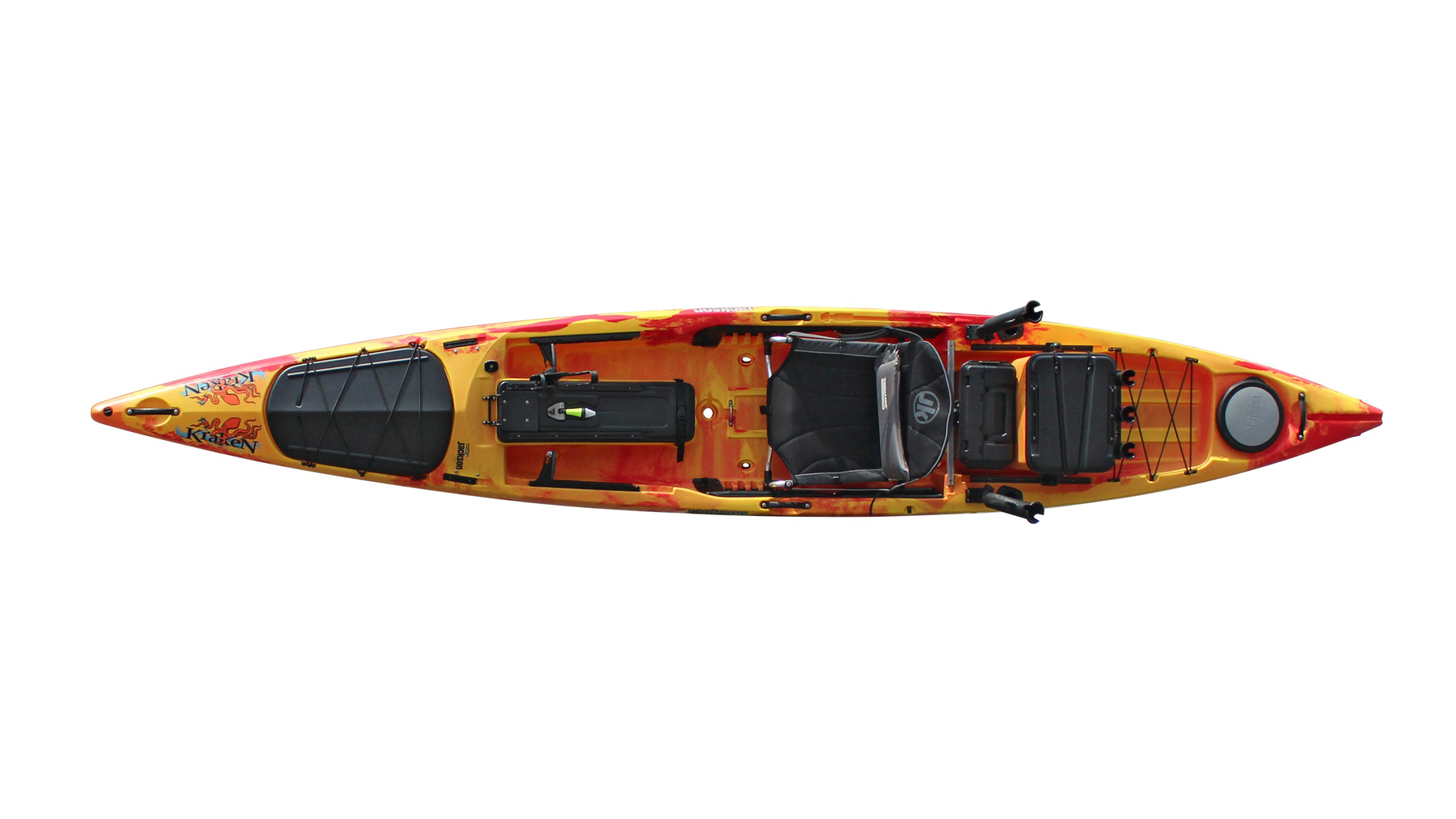 Jackson Kayak enlisted pioneer kayak angler and TV fishing show celeb Jim Sammons to design the Jackson Kraken. The Kraken’s hull design helps the boat provide both speed and stability in all kinds of chop and rolling water, whether it’s in oceans or big lakes. That versatility comes in part from the ability to adjust the trim to meet the water conditions. The Kraken has seven separate areas of gear mounting for fishing flexibility. The boat sports a drill-free bait tank scupper and four rod-holders are mounted behind the seat. The kayak measures 15’3” and weighs 75 pounds with a capacity of 550 pounds. An optional rudder system adds $200 to the total price. 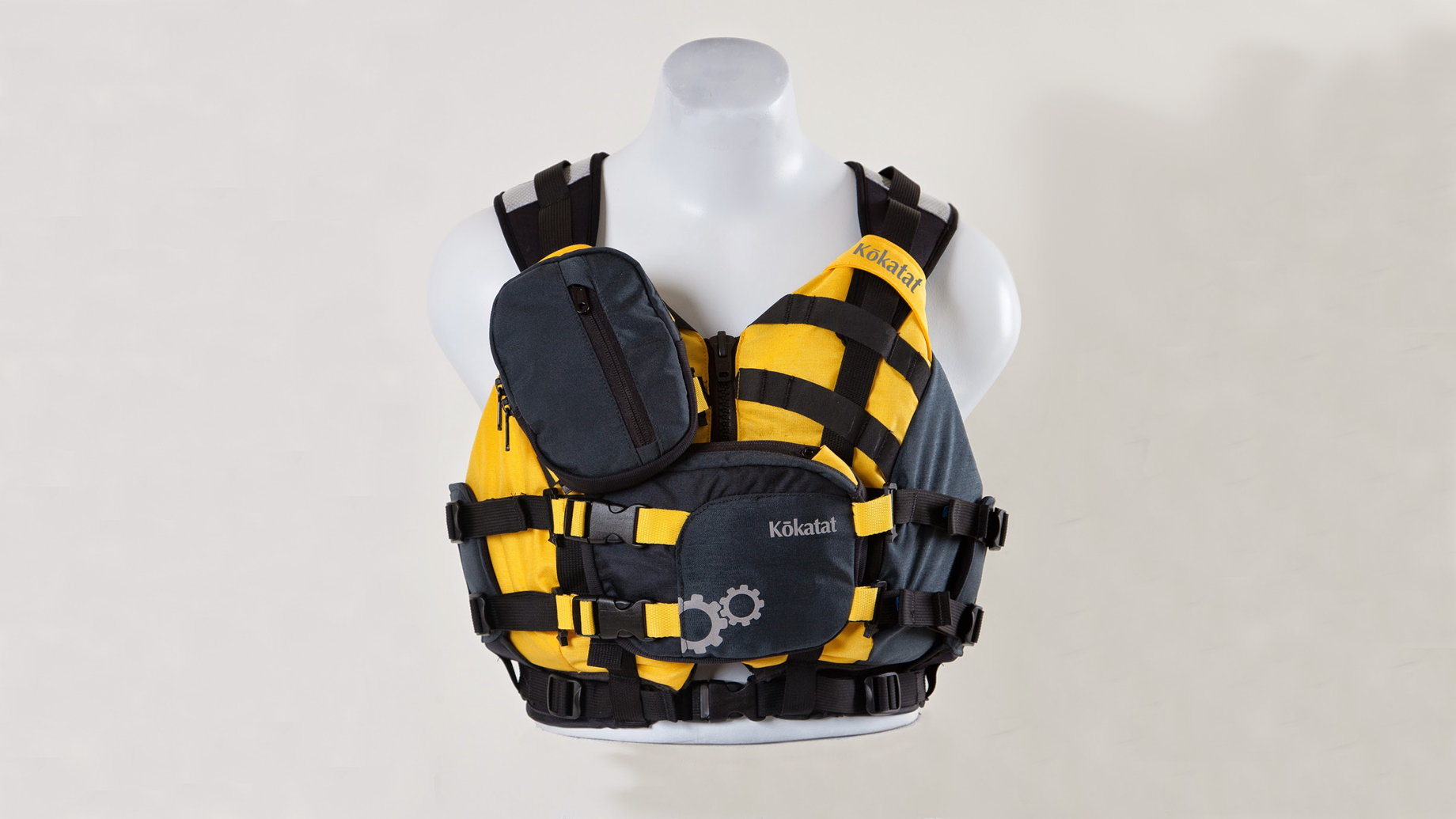 Sea kayakers are a notoriously preferential in how they like to set up their PFDs, so rather than try to please them all (or no one) with a fixed design, Kokatat created the Poseidon customizable. The front zip jacket has eight vertical and horizontal adjustments straps for cinching in the fit. Out back is an open sleeve set up for hanging a hydration bladder. A pair of removable pockets comes standard, perfect for carrying a radio. The customization comes from a series of accessory that can be added as a package or individually. These include different sized pockets, a tow belt and an electronics sling. Our favorite is the Tactic Pack, a mini hydration backpack that clips to the back of PFD. Undo the clips on one side and it can be swung around to the front for easy access to its stash pockets. 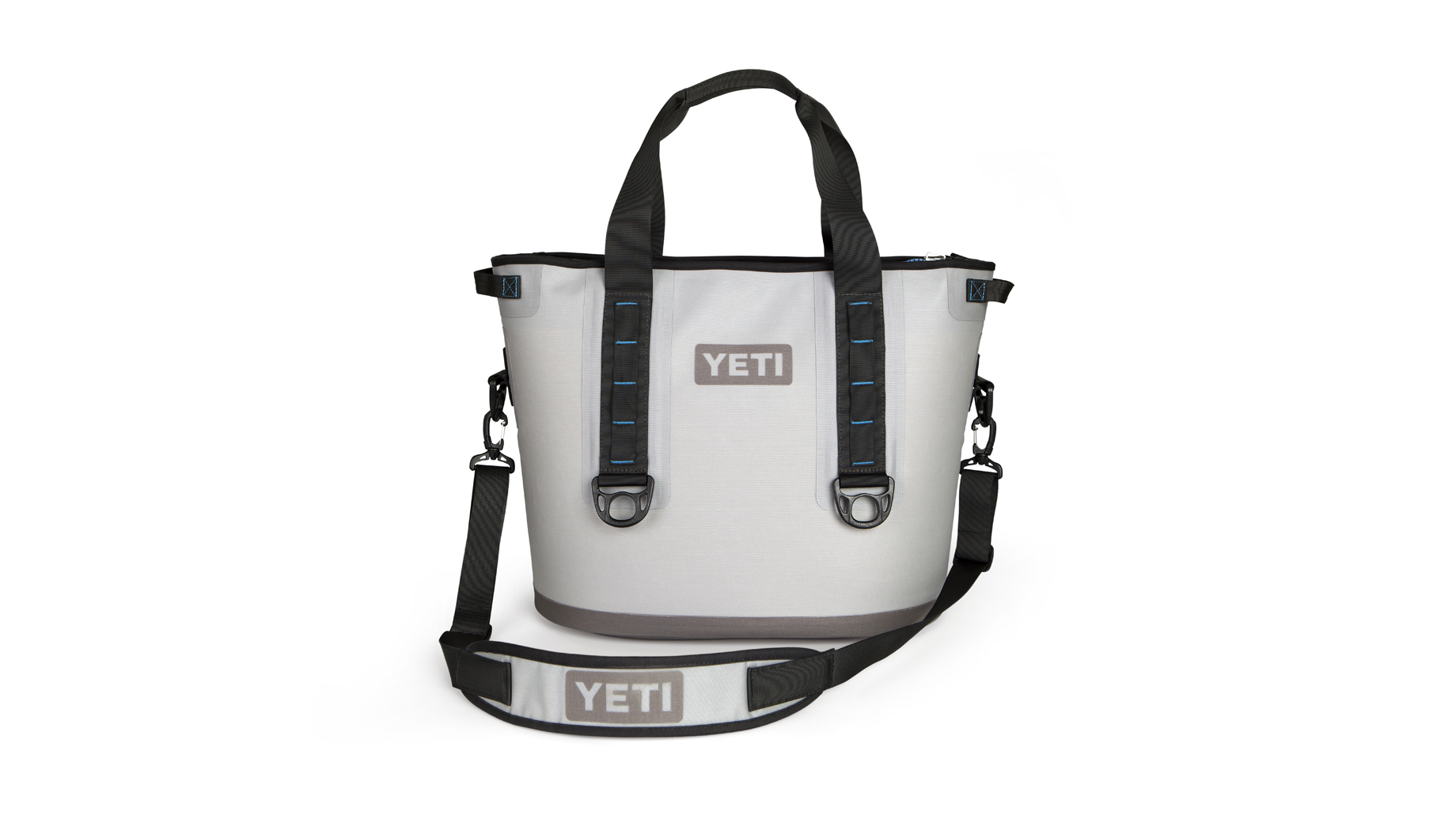 Can there be such a thing as a serious cooler with a zipper? One that keeps your canned beverages cold for at least 24 hours? Yes, and it works for much longer than 24 hours, thank you very much. Forget those day-tripper soft coolers that leak and allow the ice to melt so quickly there isn’t even time to cool the drinks. The Hopper’s 6.5-gallon capacity proves large enough for most serious drinkers. Because cool liquid during hot outings can be a serious life-or-death issue, Yeti borrowed airtight zipper technology from survival suits and HazMat protective gear. The cooler is made of 840 denier DryHide fabrics, like that used on whitewater rafts. During initial tests along the wild rivers of Northern Idaho, the Hopper kept beverages icy cold for no less than 72 hours without refreshing the ice supply. 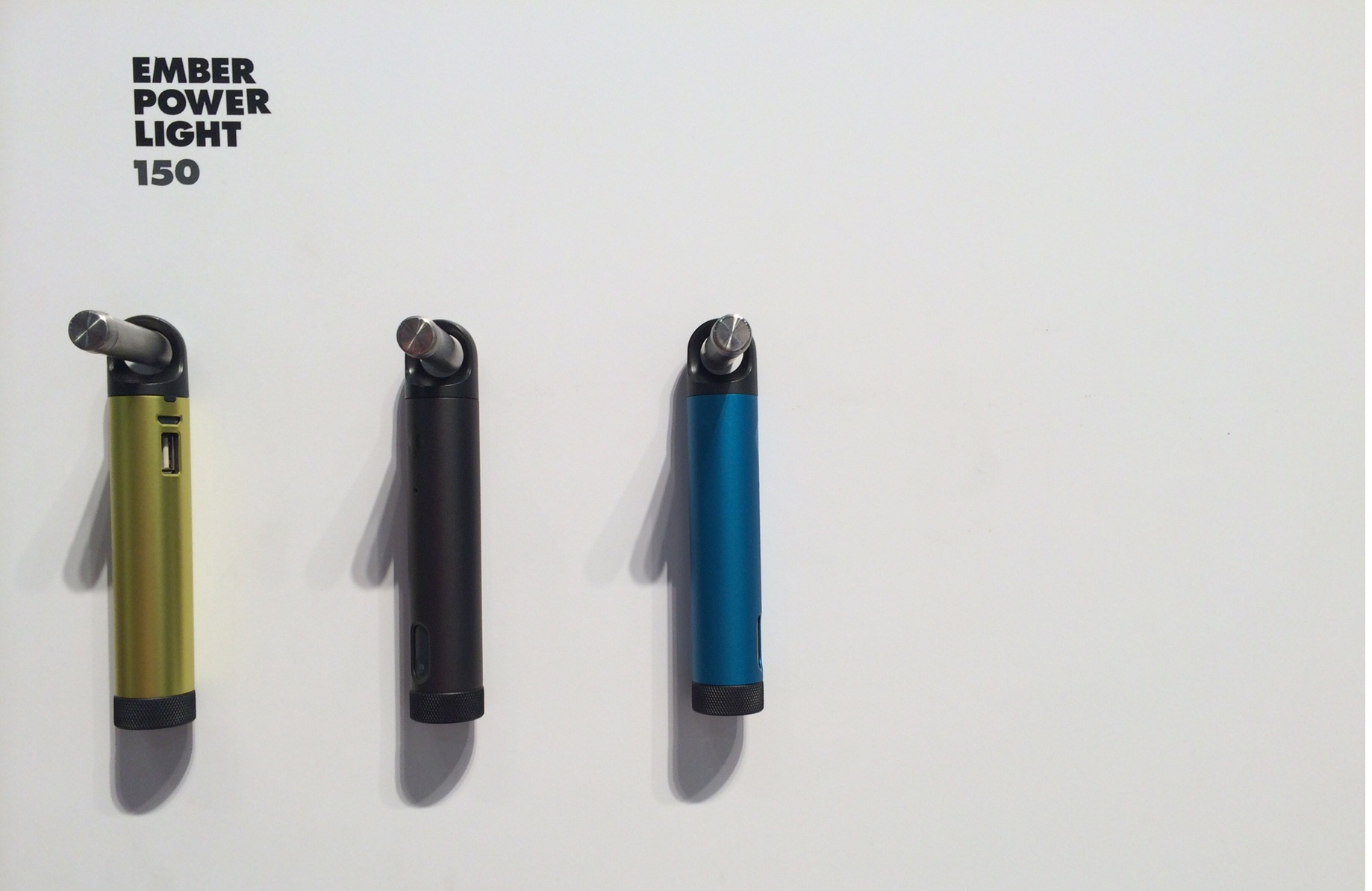 Is it a pocket charger or a flashlight? Whatever it is, it caught our attention. As we adopt the notion that something requiring a recharge has a place in the backcountry, carrying the Ember Power Light 150 would be a wise kit addition. The slick cylindrical housing can be attributed to the contributions of an automotive engineer. One turn from its locked position opens a touch-sensitive swipe panel for the 150-lumen beam and a mini-USB port. Another turn reveals the standard USB connection. When locked, the Ember disengages the lithium polymer battery to preserve power, which can be monitored by the onboard meter. The light’s touch-control tech is also used on many Black Diamond headlamps. The Ember Power Light 150 holds enough juice to fully power an iPhone 1.5 times. 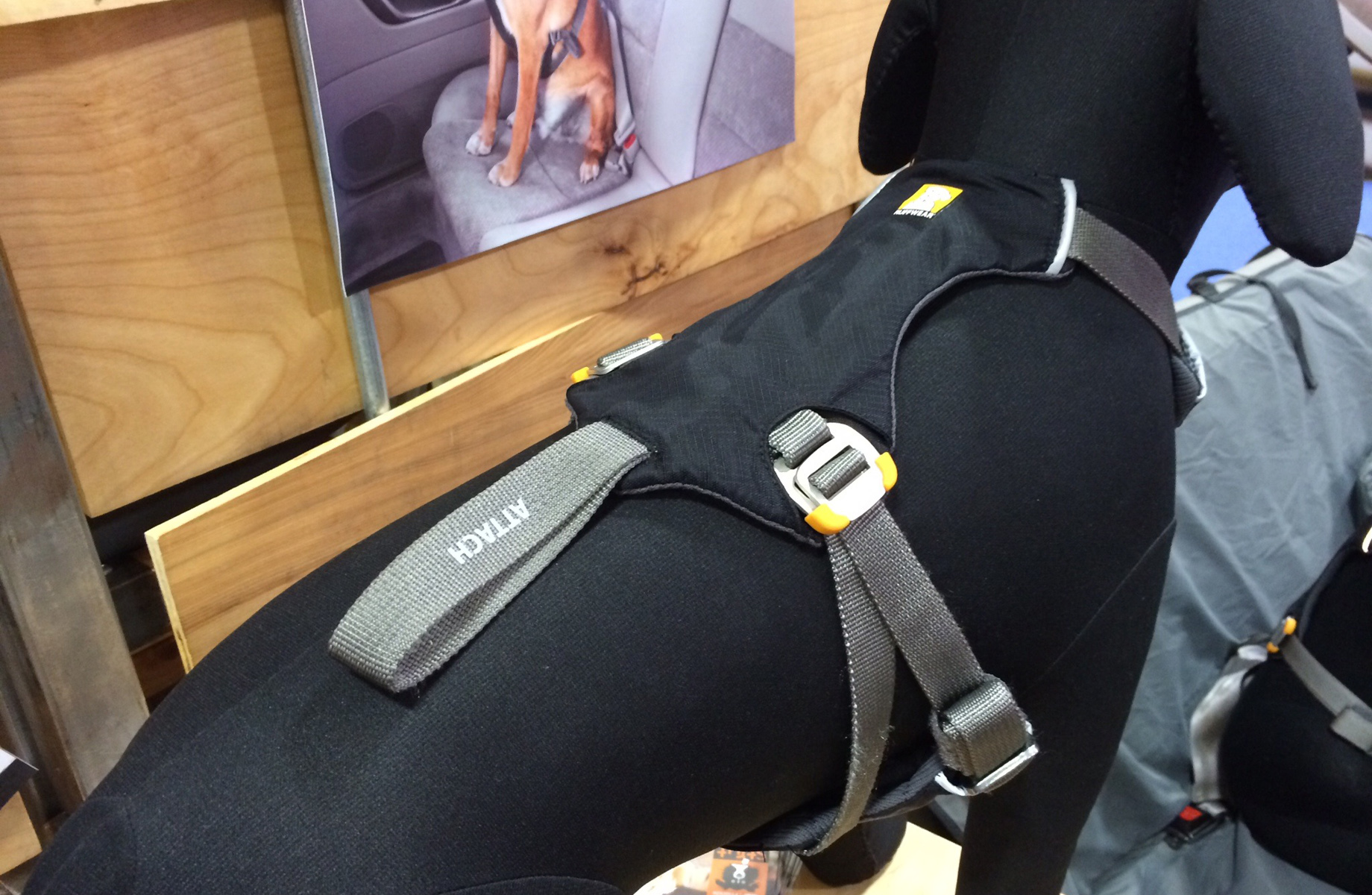 We prefer to associate dogs with cars by thinking of the dogs joyously riding along with toothy wind-blown grins on the way to the trailhead. But for those times when traffic gets dicey along the way, Ruffwear has introduced the Load Up Harness. Carefully crash tested to prevent contact with the back of the front seat, the Load Up snugly hugs your trail buddy for all-day, road trip comfort. The seatbelt simply runs through a wide loop of nylon webbing on the back. This prevents neck and spine strain (i.e., whiplash) and holds your pooch low in the seat in case of a rollover. While no federal standards exist for canine restraints, Ruffwear has had the Load Up tested at MGA Research Corporation—a test facility contracted by the National Highway Traffic Safety Administration—under the conditions outlined in Federal Motor Vehicle Safety Standards. 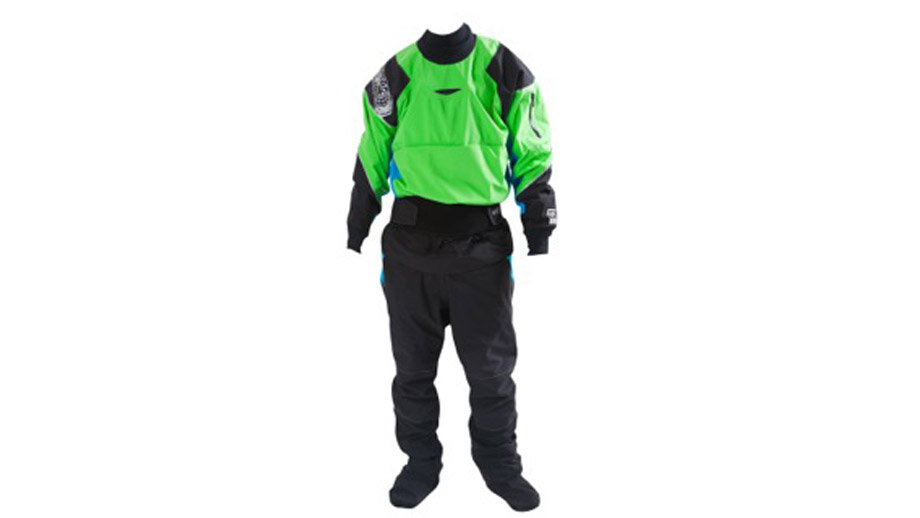 Dry suit or dry top? Both have their time and place, but now paddlers don’t have to decide which to bring. On the Idol 2-in-1, a round-the-waist zipper fully detaches the top from the pants creating a dry suit that can switch into a dry top, complete with a spray skirt tunnel. The design eliminates the need for a relief zipper, making the suit unisex, and it promises to be easy to get on and off. Making a fully separating zipper waterproof was no easy feat. Kokatat had to develop a housing to waterproof the section where the zipper begins and ends. The rest of the suit is waterproofed with Gore Tex Pro membrane, backed with Cordura in hard-wearing areas. The first Idol will be whitewater inspired, but in the future Kokatat will likely release other styles of compatible tops, like a shorty for summer paddling or a touring style with a hood for sea kayaking. A paddler can own one dry suit, but optimize it for the appropriate situation. Despite the innovation, the Idol will retail for about the same as their existing dry suits and like them can be customized using Kokatat’s online GIZMO program. 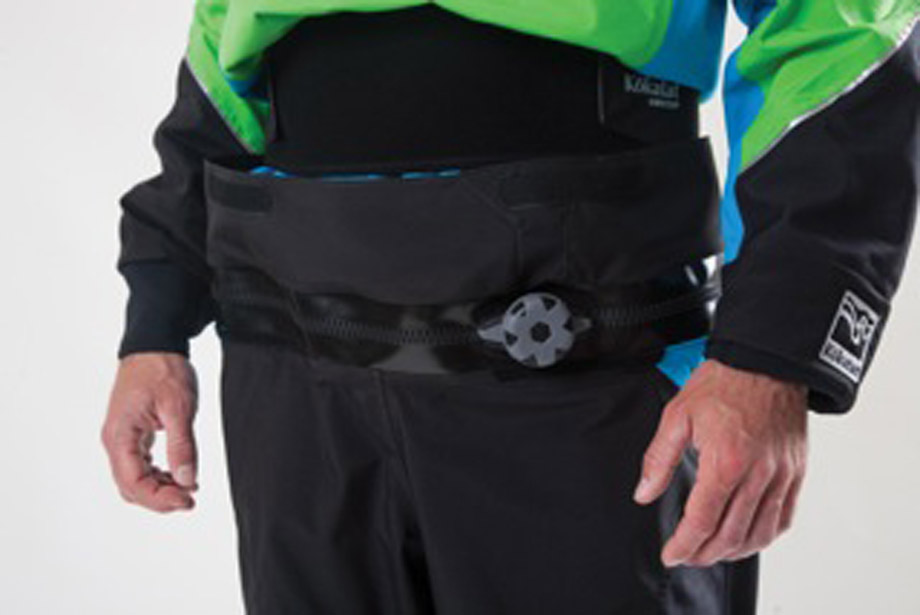