Honing in on Axes 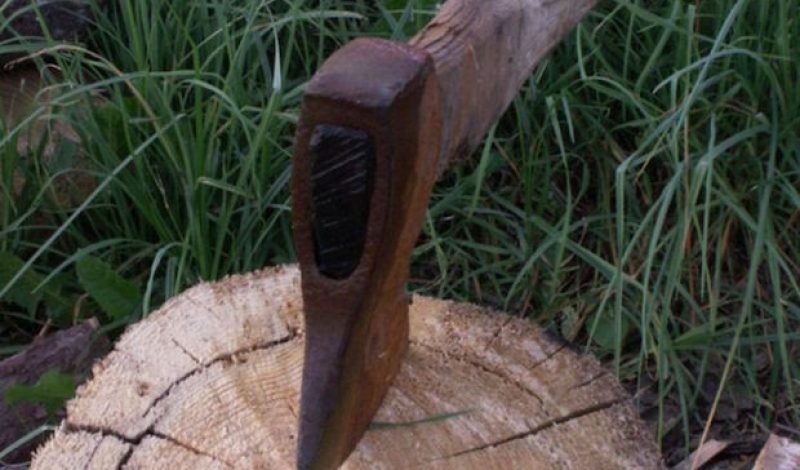 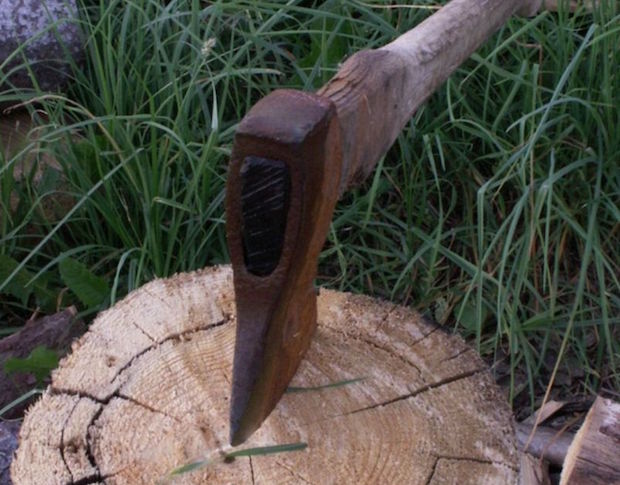 Axes are one of the oldest “modern” tools known to man, predated only by knives. Found throughout history dating as far back as the Neolithic period, axes have been used throughout the ages as both weapons and tools. Over the centuries they’ve become such a core part of human culture across the world that whether you’ve used one or not – they’ve become easily recognizable in their many forms. Since their inception, axes have grown to include over thirty viable variations that have even more variations unto themselves, with the last major innovation in axe design coming somewhere in the 1600’s with the introduction of the tomahawk.

The manufacturing boom in axes peaked in the 19th century, but that doesn’t mean that there aren’t a lot of axes in production today. In fact, I would go as far to say that there are just as many companies making axes now as there were when production was at its peak. A lot of the old timers have fallen off and a number of newer companies have popped up, resulting in a lot of axes and hatchets that LOOK exactly the same. With that being said, this article serves to shine a light on which of those companies you should look to when it comes time to go shopping for your next axe.

The Swedes: Gransfors, Hults, and Wetterlings
There are a bunch of axe manufactures that hail from Sweden, but out of all of them Gransfors Bruks, Hults Bruks, and S. A. Wetterlings are probably the highest quality and most well known here in North America.  All three offer a full range of axes, hatchets, and the like, and all three use traditional forged head designs.

Hults Bruk:
Being recently reintroduced into the North American market, Hults has been around since 1697; making them the longest running axe manufacturer on this list. They’re probably also the most innovative, having focused a majority of their efforts since the 1930’s on pioneering effective ways to forge their heads. Out of all of the forged head hatchets and axes I have used and tested – theirs holds a sharp and effective edge for the longest period of time. This is due to a specialized forging process that forms a special tempered zone in the steel.

PROS:
Pricing
Bits hold an incredible edge
They’ve been in the game for a long time

CONS:
Limited availability in the US 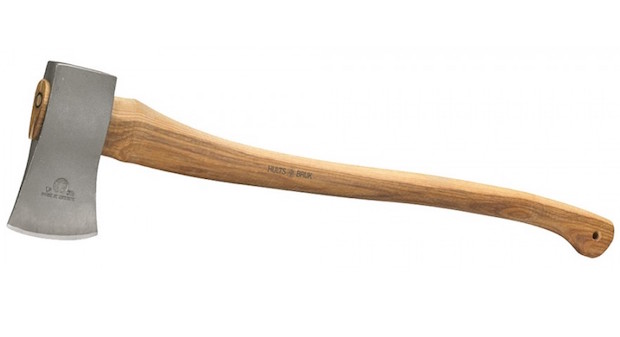 Recommended Full Size Axe: The Atran ($119)
I picked the Atran because it’s a monster of an axe, with a 32” Hickory handles and 3.5” head. The sample I received cuts through both soft and hardwoods with ease, and I have had the pleasure of taking down a tree – almost effortlessly – with it. I recommend this one to keep at camp or in the shed.

Recommended Hatchet: The Salen ($99)
The Salen is a lightweight, all-purpose hatchet that features a 20” long American Hickory handle and 1.75lb head. The handle length and head weight make for a tool that is a little beefier that the traditional “hatchet”, but that allows for it to do more work without being a pain to travel with. In terms of value, the Salen is definitely worth every penny.

Gransfors Bruk:
As the most environmentally responsible axe maker on the list, Gransfors Bruks has created a process in forging that eliminates the need for grinding, honing, and polishing in the final steps, thus limiting the unnecessary consumption of natural resources in the manufacturing process. Other environmental innovations include the removal of epoxies and the use of vegetable dyed leathers. Gransfors is big into educating the user and their website has an extensive FAQ section. Additionally, each of their tools comes with the “Axe Book”; which is chock full of basic and advanced knowledge on axes, wood stacking, etc.

PROS:
All tools come with the “Axe Book”
Environmentally conscious
All natural construction takes a true beating like a champ.

CONS:
Buying them is a chore

Recommended Full Size Axe: #430 Scandinavian Forest Axe ($130)
With a 25” handle and a 2.6lb head, the Scandinavian Forest Axe is a little more balanced than the usual axe of the same design, but it’s a true champ in terms of putting in heavy work, which is made easier by the curved bit. I’ve used this bad boy to take down some fresh pines around camp and it did the job with ease.

Recommended Hatchet: #415 Wildlife Hatchet ($185)
Featuring a 1lb head and a 13.5” hickory handle, the Wildlife hatchet is the personification of the “boy scout” hatchet. It is lightweight and compact, making it easy to carry – but features a 3” face which allows it to take out a lot of material with just a few swings.

Wetterlings:
Wetterlings is probably the most well known of the Swedes here in North America – thanks in no small part to having been available the longest in our market. Not only can a majority of their product line be found in retail stores throughout the country – they also come with a twenty-year warranty. With only nine employees, they are the most lean of the three Swedes, and have recently began to embrace environmentally responsible processes.

CONS:
Past quality control issues have given them a bad name

Recommended Full Size Axe: #124 American Forest Axe ($220)
The American Forest Axe was designed with the professional arborist in mind, but is great for anyone looking to take down some serious timber. It features a 3lb head and a 32” Hickory handle. Those elements combined with the 3.75” cutting edge allow for considerable material removal with each swing.

Recommended Hatchet:  #104 Compact Hatchet “Buddy” ($114)
The Wetterling’s “Buddy” comes in at a little over 1lb and is 10.25” overall. It’s designed to be carried on your belt or in your pack and is a pure joy to work with. Although it features a curved handle, this little mighty mite comes in handy as a hammer as well, which makes it a welcome addition to my tool belt when I’m working at my cabin or walking the trails during Spring Clean-up.

The Young American: Estwing
Though this country was certainly built using axes, most of them came over on ships from Europe. Even the first manufacturer of axes in the United States – The Collins Company – started off by importing unfinished axes from Europe and grinding and sharpening them before putting them up for sale. Eventually they took over the whole process however, creating their own products instead. Axes are historical tools however, and European companies have been producing them for a lot longer. That being said, I am going to mention one American manufacturer who has been around since the early 20th century and has proven its worth many times over: Estwing.

Estwing
Estwing is known widely for their line of hammers, but chances are you’ve uses one of their iconic hatchets on the campsite at one time or another. In the past 100 years, Estwing has proven that they have the staying power to be the quintessential American axe manufacturer, having beaten out The Collins Company, Marbles, and even Stanley tool. Like the Swedes, Estwing uses forged steel but instead of employing it just for the head, they forge the whole axe from a single piece of steel – giving their tools a completely different look and feel without impeding their functionality in any way.

PROS:
Moved to a shock reduction handle in 2001
Easy to find and buy
Super durable

Recommended Full Size Axe: Long Handled Campers Axe ($49.99)
Coming in at 26” and featuring a 4” cutting edge, the effectiveness of the Long Handled Campers Axe is only amplified by the shock reducing grip handle. Overall, this sucker can go head to head against all of the rest in the full-size category – and can be purchased almost anywhere online or in store.

Recommended Hatchet: Sportsman’s Hatchet with Leather Grip Handle ($44.99)
This iconic hatchet has gone relatively unchanged since the 1920’s. In fact, someone in your family probably owns one that they’ve been using for decades. The leather stacked handle is a little old school, but I prefer the look and feel of it in this particular instance. It features a 4” blade edge which is massive and more effective than most other hatchets on the market in this size range.