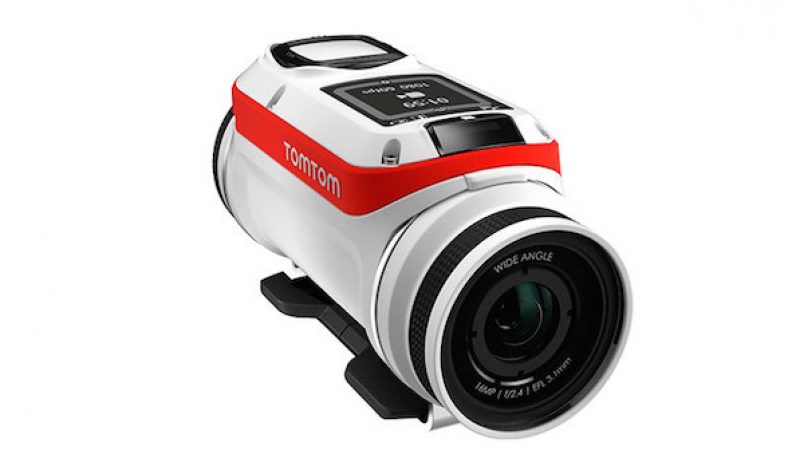 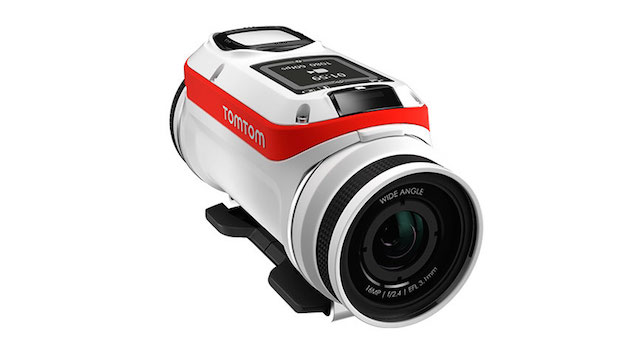 It wasn’t all that long ago that action cameras were viewed as a niche product built for outdoor athletes looking to share their crazy escapades with an online audience. But in recent years, the demand for these wearable devices has gone mainstream, with millions of units now being sold on an annual basis. The unquestioned leader in the market is GoPro of course, which dominates sales with its line of Hero cameras. But the company faces competition from a number of sources, including Sony, Garmin, and now TomTom.

Last week, TomTom – which is best known for making consumer-level GPS devices – unveiled it’s new Bandit Action Camera, which features all of the specs you would expect from this type of gadget, and then some. Not only is the camera capable of shooting at 4k and 1080p resolutions, it can also capture timelapse images, slow-motion clips, and 16 megapixel still photographs too. It comes equipped with built-in sensors and GPS technologies for tracking location and motion, as well as Wi-Fi, BlueTooth, and USB connectivity. The device weighs just 6.7 ounces, is water resistant (IPX7) out of the box, and is capable of shooting for a long as three hours on a single charge. 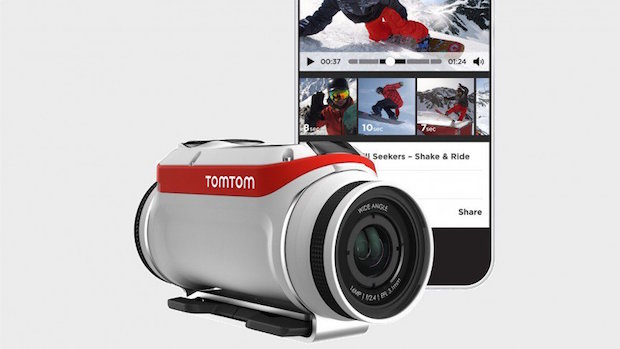 But what TomTom believes will really set this camera apart from the competition is its ability to edit and share video incredibly easily. The Bandit includes a built-in media server that can be accessed via an app for iOS (an Android version is coming soon) that allows the users to edit and share their movies on-the-fly. The device will even automatically tag what it deems to be the most important clips based on data collected from its accelerometers, GPS chip, and variety of other sensors. In theory, this makes it extremely easy to locate the sections of video that truly matter, make simple edits to the content, and post the videos to YouTube for others to enjoy.

As with most action cameras, the Bandit also has an array of useful accessories. In addition to the usual mounts for helmets, handlebars, and other surfaces, TomTom has also built a dive case designed to keep the camera safe while operating underwater. An optional remote control adds an extended level of versatility on how the camera can be used to capture video, while the Bandit’s Batt-Sticks makes it easy to add extra battery life for those long days of capturing video in the field. 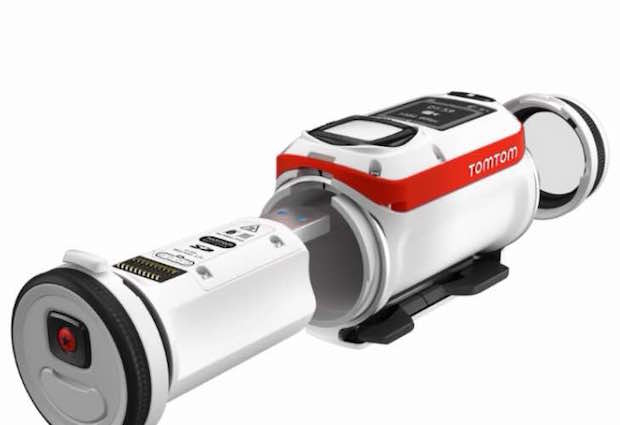 The Bandit Action Camera is set to go on sale in June for $399, with a premium pack that includes more mounts, the remote control, and other accessories coming later this summer.