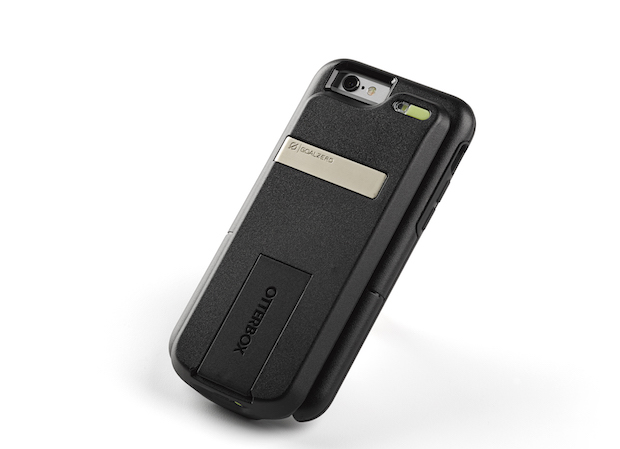 Goal Zero may not have been the first company to bring portable solar power to the outdoor masses, but they most certainly have proven to be the most dedicated and innovative. Even as new companies pop up in the marketplace, GZ seems to be a step ahead of them be it through advancements in technology or by expanding their already vast assortment of products capable of charging things from camera to cabin. For 2017, Goal Zero is once again looking to take us to the next level with some new and updated products aimed at soaking up the sun and keeping our electronics running longer while we’re “off the grid.” One of these new products – which is due to hit shelves next month – is their Slide battery pack, which is designed to work in conjunction with the Otterbox uniVERSE case being offered for the Apple iPhone 6s and 6s Plus.

Unlike other battery-infused iPhone cases on the market, the Slide can easily be attached or removed when you need a boost. When that time comes, the Slide slips easily into place connecting your iPhone to its lightning port and providing up to one full charge of power. What’s more, the Slide features a kickstand and an on-board, button operated flashlight which is not only easier to access then the iPhone flashlight feature, but also improves the quality of nighttime pictures, something Apple still struggles with. The device charges up through a micro-USB port located on the bottom of the Slide pack which cn be connected to an AC outlet on your wall or any of the available Goal Zero solar panels, power packs and generators. In October you’ll even be able to charge the unit using the Nomad Folio Solar Panel – a scaled down version of the company’s existing solar technology that integrate into the back of the Slide and also act as a protective phone cover. Details to follow, for sure. 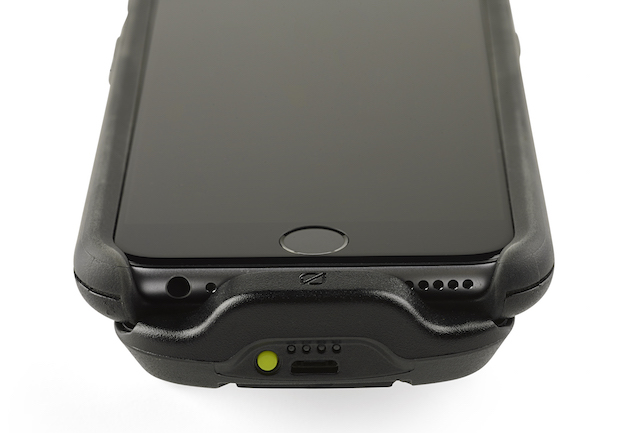 Gear Institute was lucky enough to get one of the first, final production samples of the Slide while attending the Outdoor Retailer show in Salt Lake City last week. I have been using mine ever since and have been impressed. In your hand, the Slide does add some bulk to the phone, but it’s more in weight than it is in size. Even so, that addition is minimal, as I have carried it around on the show floor, out on hikes, through airports, on airplanes, and in my day to day life here at home and I don’t feel much of a difference when it’s in my pocket. What’s more, the whole set up still fits in my Proclip iPhone holder in my 4Runner which allows me to maintain my hands-free-ability.

In terms of usage, when my phone gets to around 50% of power, I turn the Slide on, and I am back to 100% in less than an hour. The one drawback is that it uses a micro USB port to charge. This pairs perfectly with auxiliary charging units like the Goal Zero Venture 30, but for most – if not all – iPhone users, our world is dominated by Apple’s Lighting ports and Lightning cables. Overall, I don’t see this as a deal breaker as the case easily slides off when you want to remove it, but as someone who owns about 300 Lightning cables, seeing this for the first time set a buzzer off in my brain. I’m much better now. 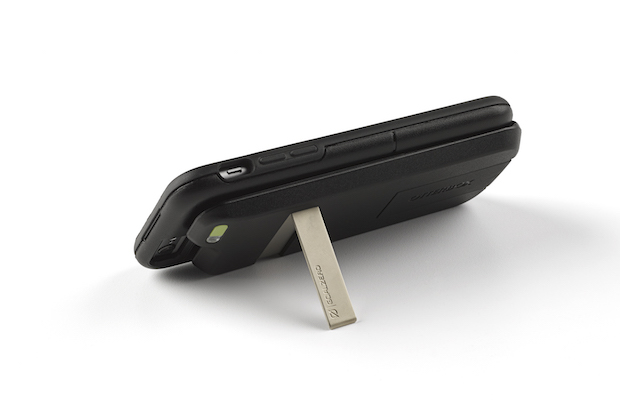 All in, you’re going to spend around $100 to get outfitted with the Otterbox uniVERSE case and the Goal Zero Slide. This is about the going rate for some of the more rugged iPhone cases available on the market today, most of which won’t provide extra battery life. Both the uniVERSE case and Slide pack currently offer a variety of options to expand their capabilities, including external camera lenses, Bluetooth speakers, integrated wallets and more. Others are slated to arrive in the market early next year and should bring even more functionality to the ecosystem.

So, if you’re someone who uses their phone for an extended period of time and doesn’t like the idea of being tethered directly to the wall or an auxiliary battery pack that relies on a charging cable, I recommend you to check out both the case and battery pack. At the time of writing, I’ve been using the uniVERSE case and some of its unique attachments for about a month and not only has the system made my life as an outdoorsman and freelance writer easier, but also more convenient. And that’s what we’re all after isn’t it? The simple life? 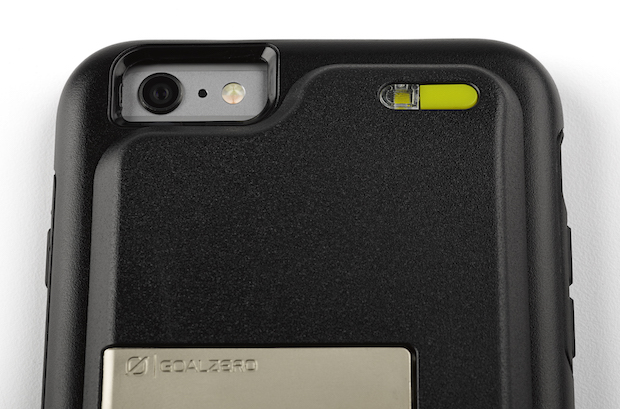