Does This Limited Edition Knife Improve on Perfection? 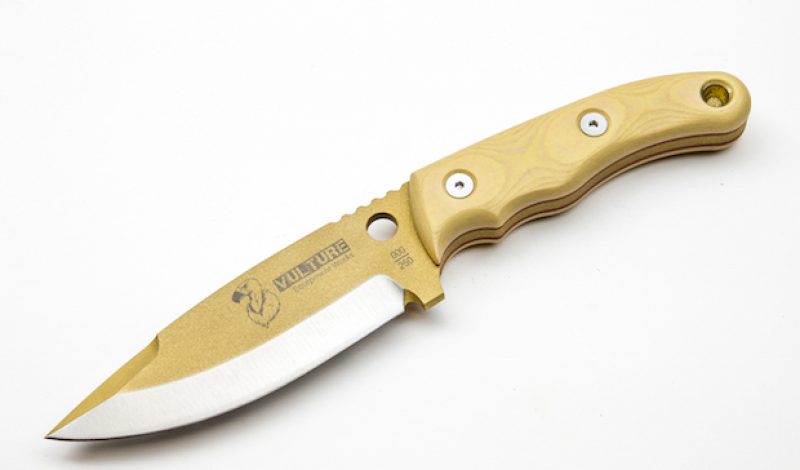 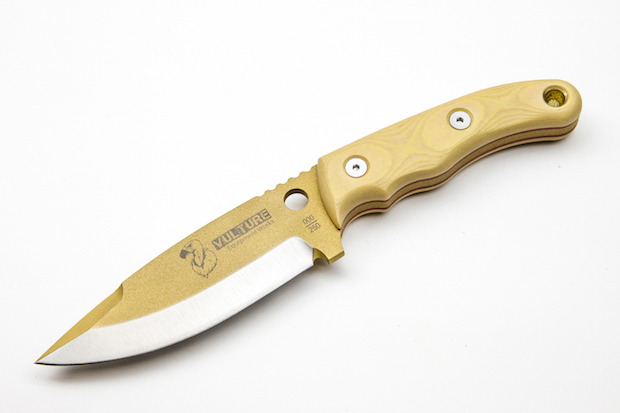 A year ago, Vulture Equipment Works was gracious enough to send me their Cholera Mk1 – a higher end fixed blade beauty featuring a scandi grind and the ability to triumph over all of the torture I threw at it. In the end, after two months of solid use and testing – the MK1 became the first fixed blade knife in Gear Institute history to score a perfect 100. To say this knife commands respect is an understatement, as it earned every point without flinching.
Earlier this week, Will Egbert, the brains behind Vulture, called me to discuss a new limited edition version of the Cholera called the Cholera TiN. – a knife that blurs the lines between a production model and one that is custom made. Based on those conversations it is safe to say that the TiN is sure to become a lifelong friend that you’ll want at your side. That is, if you can mange to get your hands on one.

Limited to 250 numbered units, the Cholera TiN is the same design as the Mk1, but the blade has been coated in a Titanium Nitride formula. Developed for NASA, this formula turns the already durable 1095 steel into a super steel, making it completely corrosion and abrasion resistant; and allowing for whatever goop you stick the blade into to slide off with ease. In addition to this space age coating, the handles are made from a stunning linen micarta that has been antiqued to look like bone, although they are harder and much more durable. 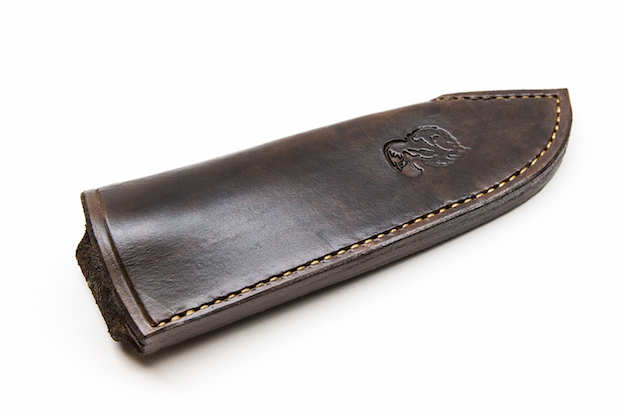 The Cholera TiN, which has already begun to sellout by word of mouth alone (not to mention a lot of begging by eager knife freaks), will be released in August and will feature a bead-laden lanyard and a hand-stitched, Vulture branded leather sheath. It will arrive in a contrast stained wooden box which is hand signed and numbered to correspond with the blade itself. 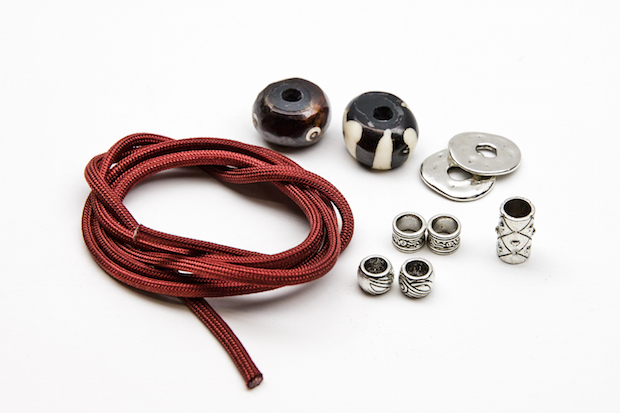 Will didn’t offer up any pricing in our phone call, and I was afraid to ask just how much the TiN will cost. (Editors Note: The TiN is priced at $389.99) But no matter the price, this is the knife that serious knife users have been waiting for. The handle length and shape of the Cholera MK1, and now the TiN, are ergonomically superior to anything else around. On top of that, the shape of the blade not only makes it the right choice for your next adventure, but thanks to a false edge it can also be used to easily complete just about any task at hand.

By the time this blurb goes live, the Cholera TiN should be on the Vulture website which can be found here [http://www.vultureequipmentworks.com/]. 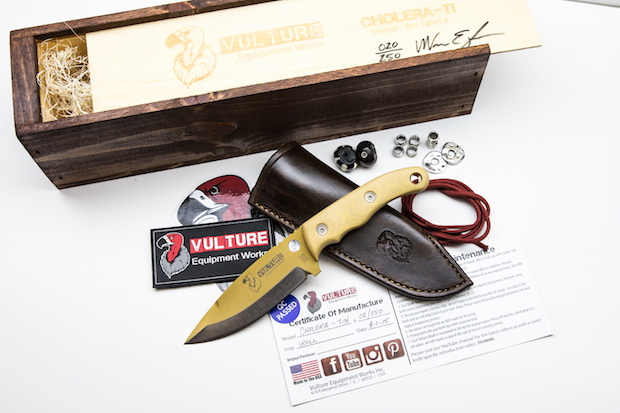