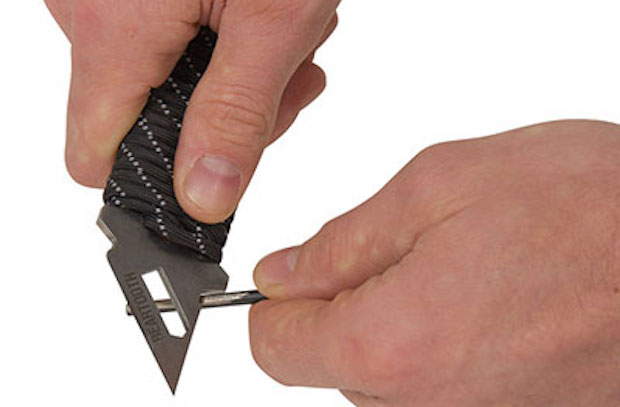 When I think of the brand “Chums”, I generally think of sunglasses retainers that have saved me hundreds of dollars in eyewear replacement and repairs over the years. So when they recently reached out to me to test some new survival gear, I was bit surprised. In fact, I was even more surprised when I went to their website and discovered how much more gear they actually have to offer – including wallets, dry bags, and watchbands – just to name a few.

The items offered to me for testing were the Beartooth Survival Tool and the Chimney Fire Starter  both of which can be found nestled under the “Hang On” category on the Chums website.

At first glance, the Beartooth Survival Tool ($19.99) seems like a blade-focused multitool, but dig a ittle deeper and you’ll discover there is more to it than first meets the eye. In addition to the stainless steel blade, it also comes equipped with a screwdriver, fire starting supplies, a gear repair kit, and even a few weights, floats, and hooks for fishing. In short, it is one handy piece of gear to have with you on backpacking or camping trip. 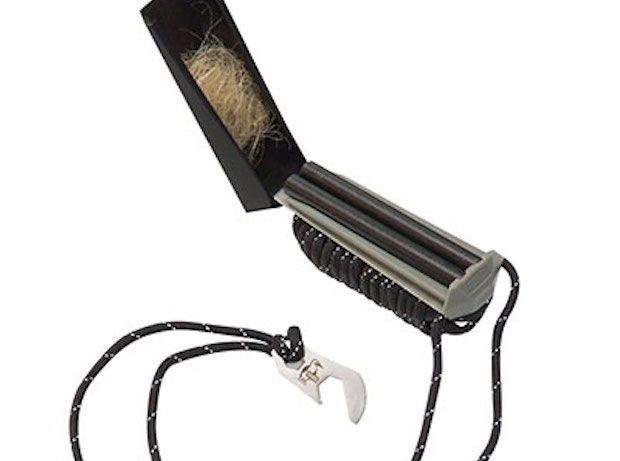 The Chimney Fire Starter ($19.99) is a bit more of a straightforward product that is designed to make it as easy as possible to get your campfire going in the backcountry. This box-shaped device cleverly opens to reveal both a dry storage space for keeping your tinder and a double-barreled firestone to help get the flames started. Running the included striker (which also conveniently doubles as a bottle opener) down the firestone creates spark that ignites the tinder, which you can then transfer into your pre-constructed stick pile.

Both the Beartooth and the Chimney Fire Starter are offered with a dark patterned or screaming-neon green paracord. I picked the latter for the added benefit of increased visibility in the dark – but since both of these products are so full of useful functionality I am not sure I would have even considered the visibility aspect otherwise.

I have just received both of these products from Chums and plan on putting them into action over the next few weeks.