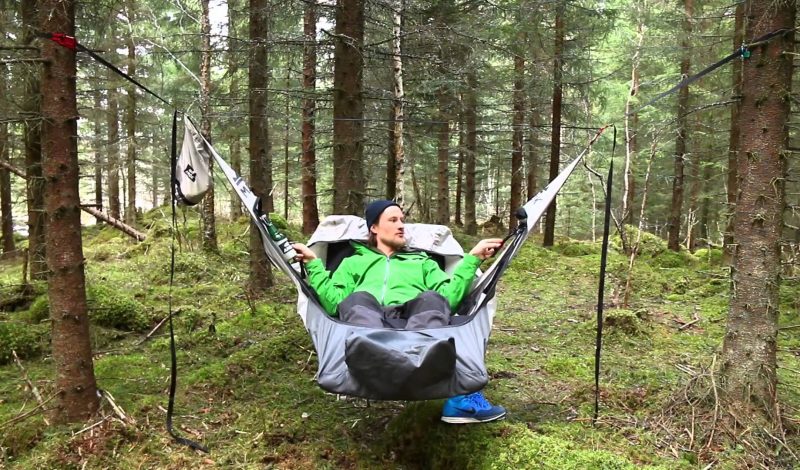 Over the past few years there has been a steady rise in the popularity of hammock camping amongst backpackers – and for good reason. Hammocks are lighter and easier to carry than tents, they take up less room in your pack, and many people have come to swear by the level of comfort they provide. On top of that, a hammock performs well in a variety of climates, and allows you to sleep suspended above the rough ground, while still managing to provide plenty of protection from the elements, wild animals, and other nuisances. As a result of this increased popularity, we’re now starting to see more innovation work its way into a product that has remained largely unchanged for hundreds of years.

The obvious changes and additions to the basic hammock design have included lighter and more durable fabrics, a bug net, and a rainfly. But one company is taking that design above and beyond anything we’ve seen before – and attempting to reinvent the hammock in the process. Amok Equipment is a burgeoning company of “engineers and entrepreneurs” from Norway who in 2013, set out to create a “completely flat camping hammock”. This simple idea eventually developed into the Draumr hammock which is due to land in North America on May 1st, 2015. 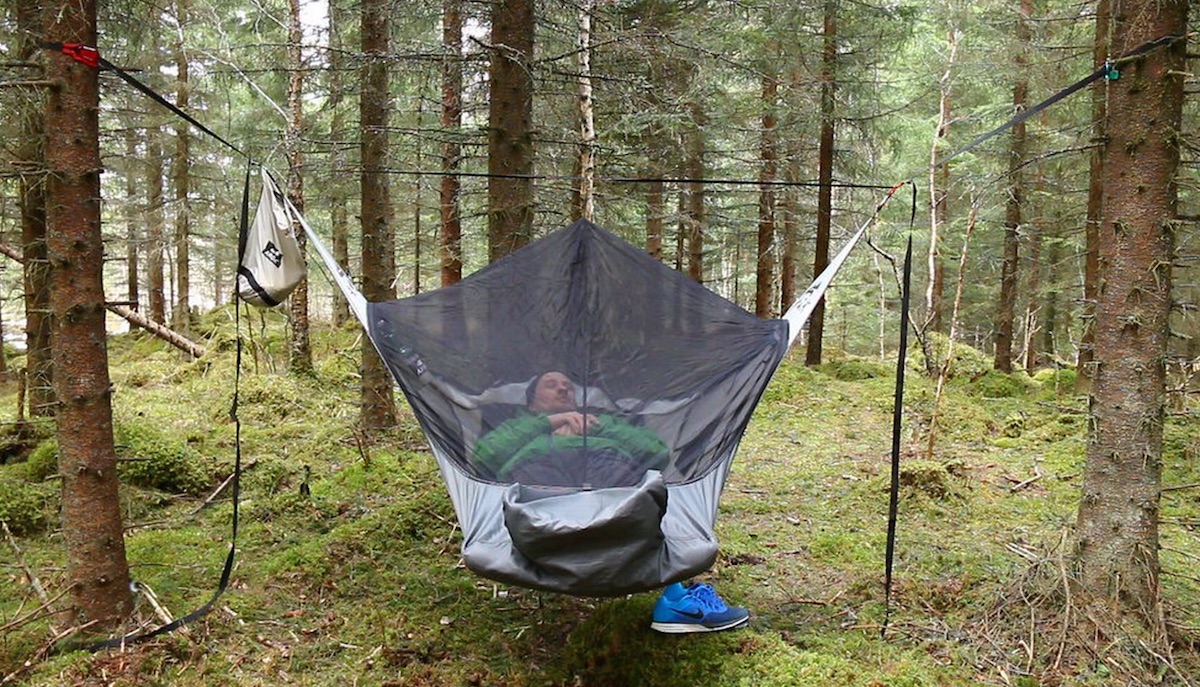 The Draumr achieves its flat base by sliding an inflatable sleeping pad into a specially designed sleeve on the bottom of the hammock – something we’ve seen from other manufacturers before. But the Draumr’s design incorporates a number of other innovations as well. For instance, the hammock – which in some ways resembles the top of a whitewater kayak – wraps around the person lounging inside and can be easily adjusted to allow him or her to move into a seated position too. It also utilizes an overhead guyline to attach a zip-in bug net and an optional rain tarp as well.

Designed to accommodate people who are 6’2” or shorter and 330lbs or lighter, the Amok Draumr 2.0 is currently in presale on Amok’s website. It is available in blue or green, and can be packaged with ($339) or without the rain tarp ($269). This pricing does not include the sleeping pad – which may or may not turn some folks away.

Last year, I fell in love with hammock camping. I hope to reach out to the folks at Amok to see if they’ve got a Draumr 2.0 for me to test out. If not, my birthday is coming up soon…