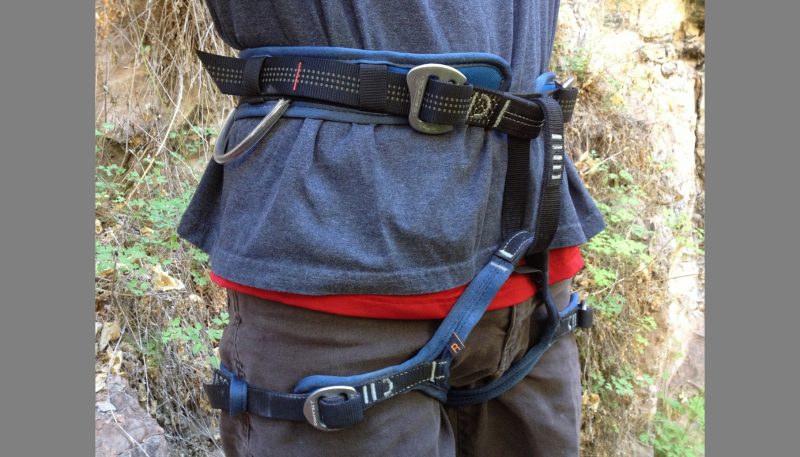 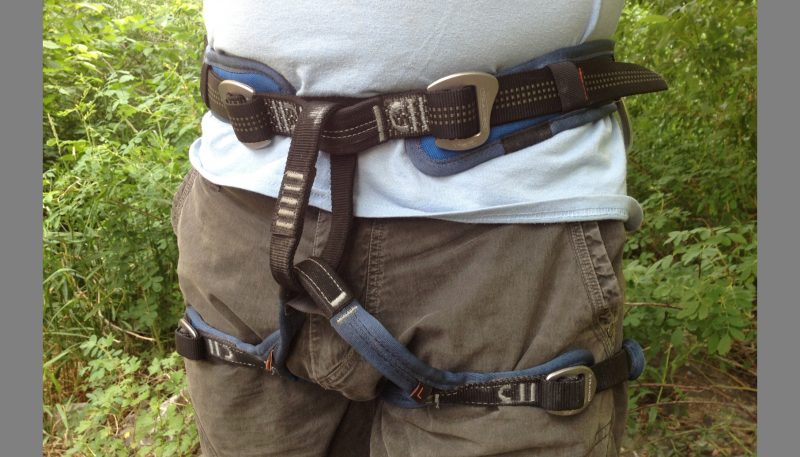 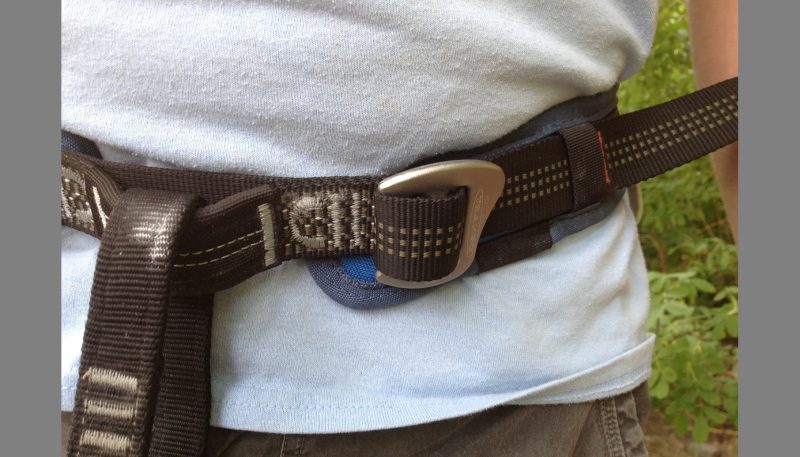 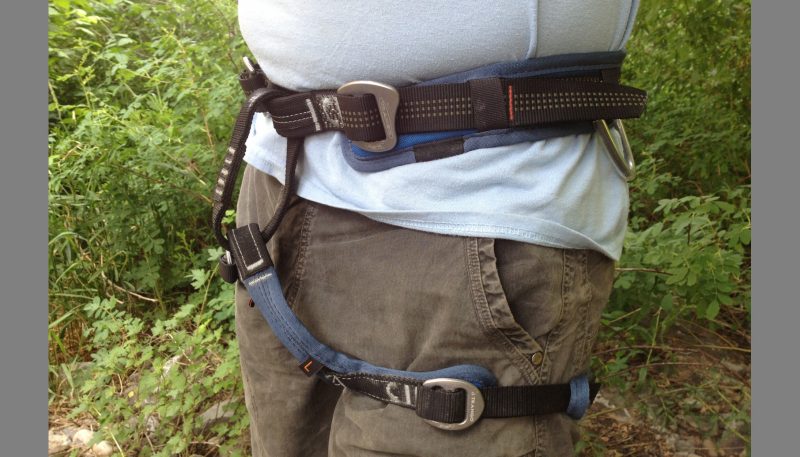 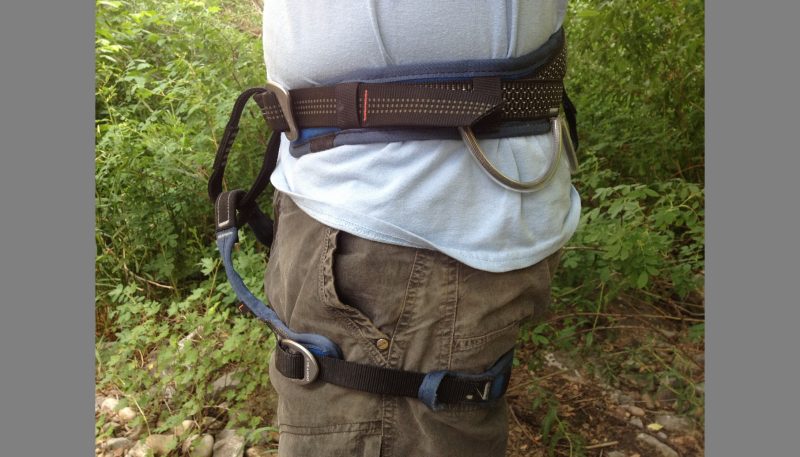 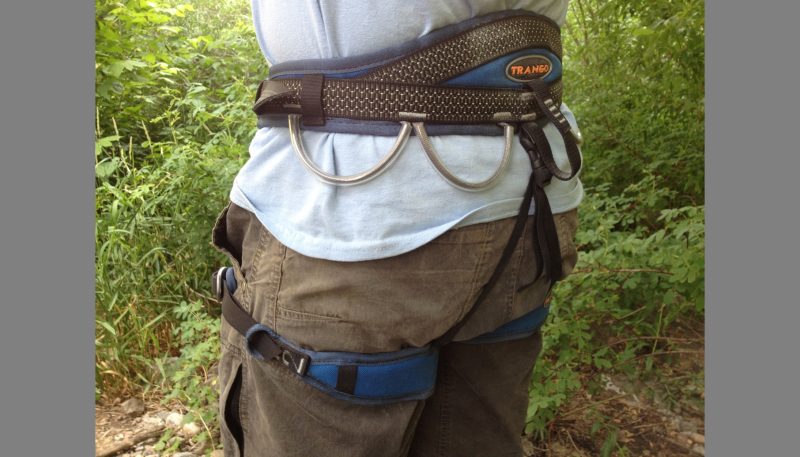 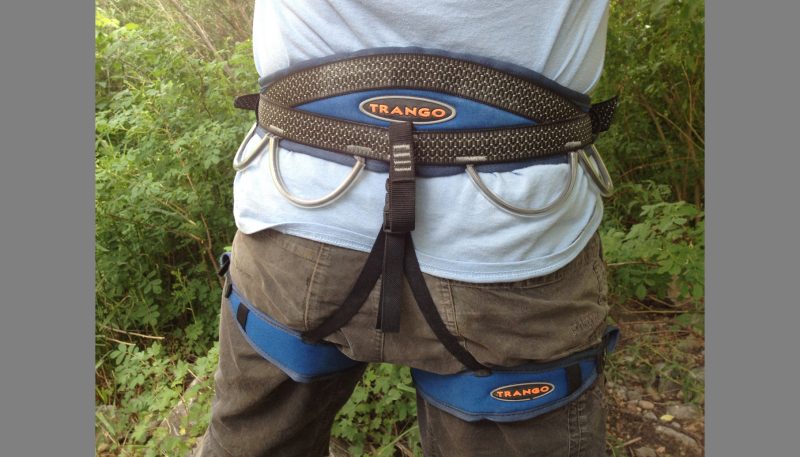 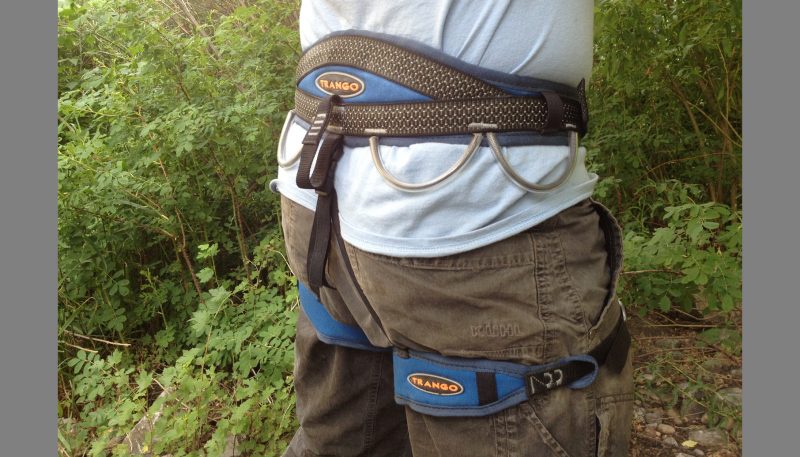 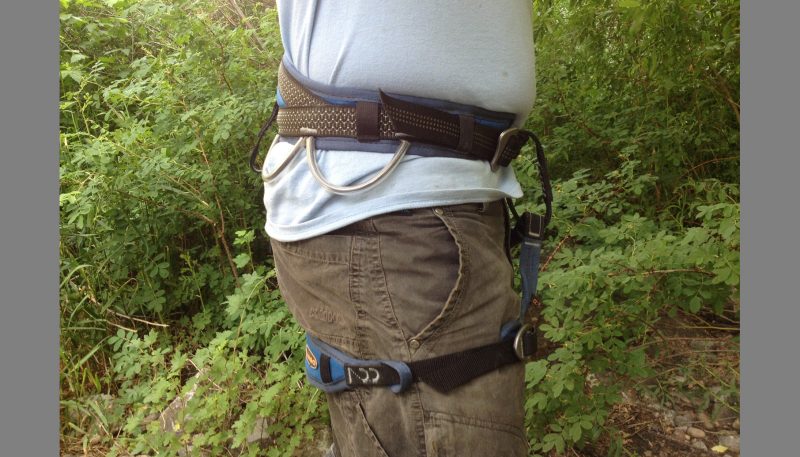 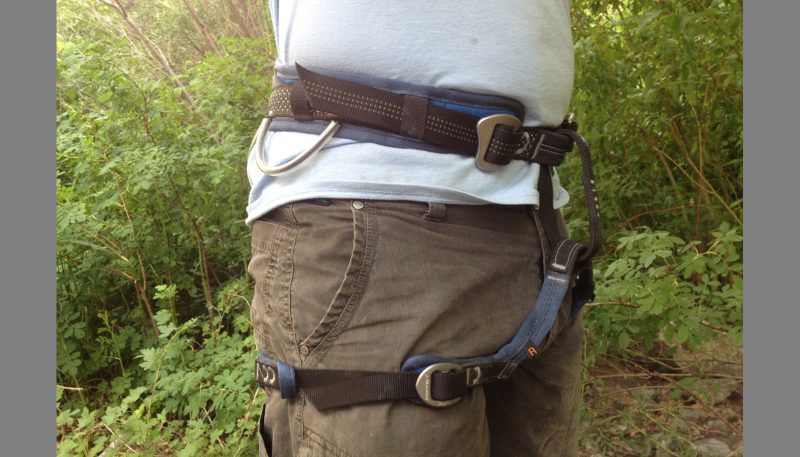 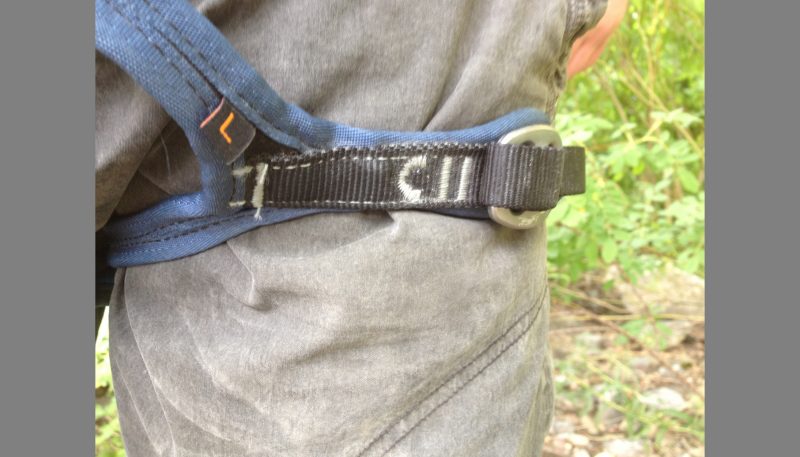 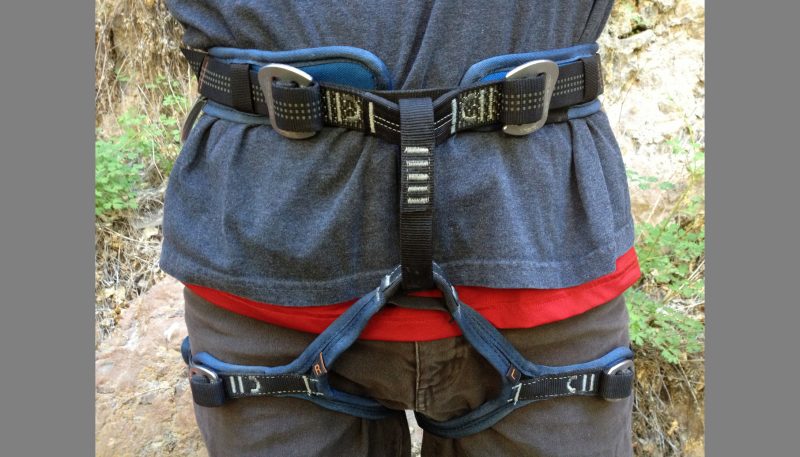 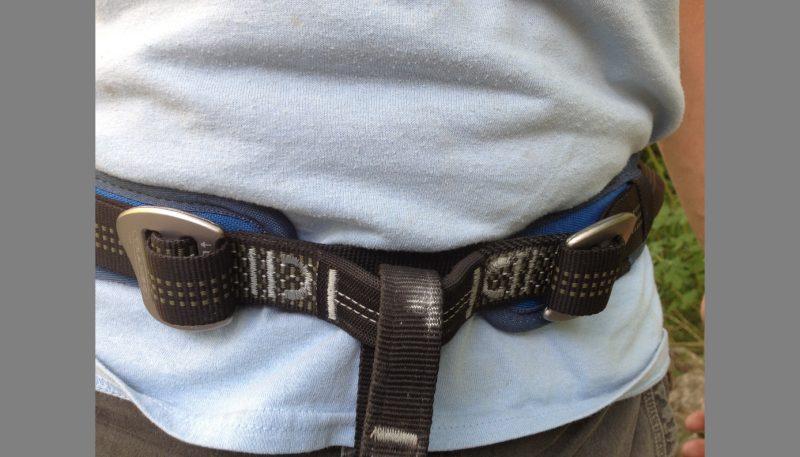 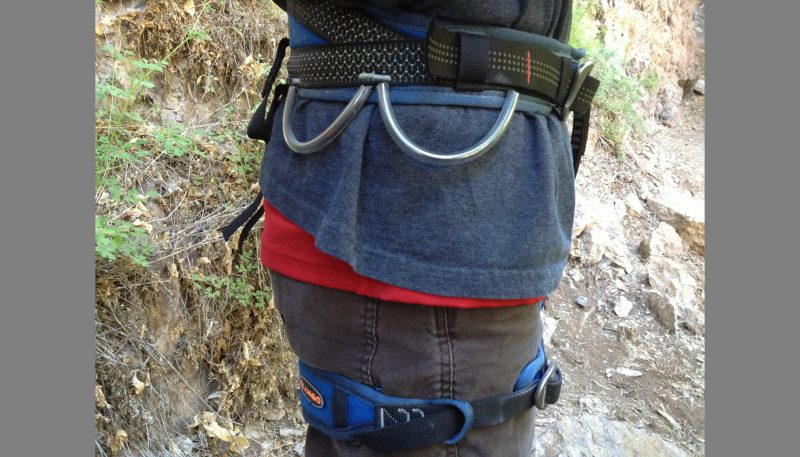 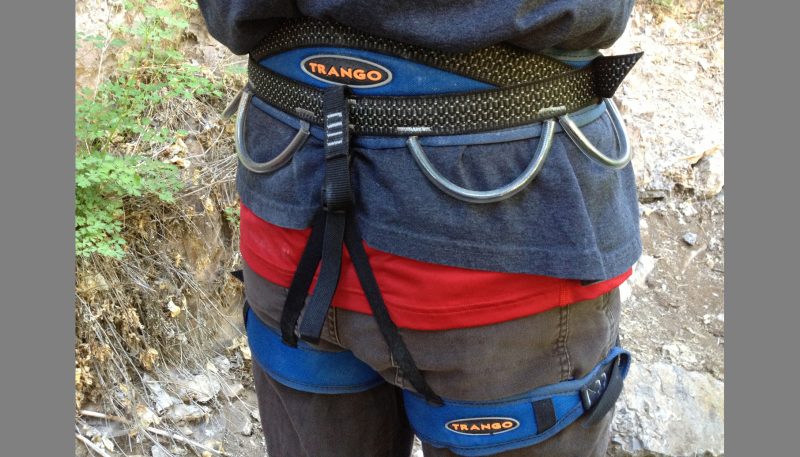 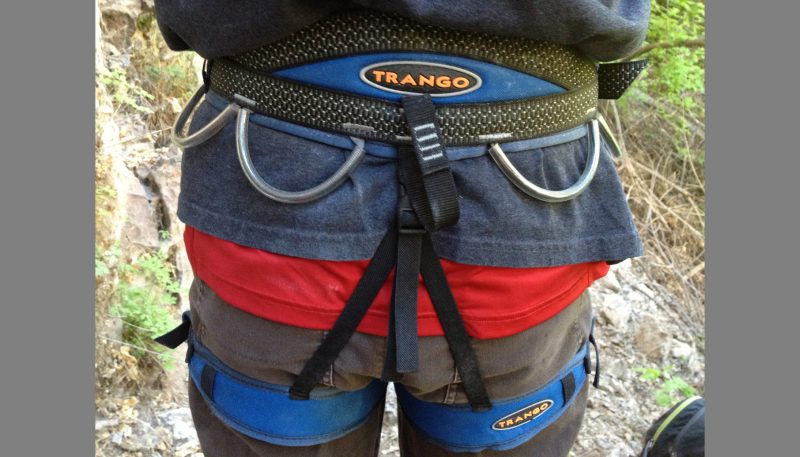 The Trango Liberty is a great choice for traditional climbers who want a comfortable harness for carrying a lot of gear and hanging at belay. Testers appreciated the plush padding and the contoured construction of the leg and waste that can be finely adjusted thanks to four adjustable buckles. Four large gear loops and an easy-to-clip, high strength haul loop provide ample room for all of your gear.

Comfort
The Trango Liberty uses plush padding that is lined with a moisture-wicking layer and a nicely contoured construction of the waist and leg belts for comfort. The Liberty can be finely tuned for comfort with four adjustable buckles. The double buckles on the waist belt really stand out because users can make sure the waist belt is centered along their back. Despite these features, the Liberty didn’t rate as high for comfort compared to other harnesses such as the Edelrid Orion or Black Diamond Momentum 3S. Part of that might be the difficulty many testers experienced in getting a snug fit because of the manually double backed buckles. Still, it faired quite well in extended hang sessions due to its many features.

Adjustability/Smooth Buckles
The Liberty features four manually double backed buckles that allow for maximum adjustment and fitting of the harness. Compared to the modern speed buckles found on many harnesses, many testers struggled to get a snug fit with the Liberty’s buckles. Hence, testers scored the Liberty lower while some testers appreciated the contoured shape of the buckles that attempts to make their use and adjustment easier. Once used, testers all noted the great security offered by the Liberty’s buckles.

Leg Loops
The Liberty features nicely contoured leg loops that include padding in the rear and in other areas where you want it, such as protecting the buckle, but less in other areas to help allow freedom movement, such as the inner leg. Adjustable leg loops on the Liberty makes it more appealing for climbers looking to wear it ice climbing or when bulkier clothing is to be worn.

Gear Loops
Four large gear loops grace the sides of the Liberty. Stiff plastic tubing make the loops easier to access although they weren’t enough to make them stand out for testers. Combined with their ample size, testers found them to be about average compared to other harnesses tested.

Weight
At 15.1 ounces (428 grams), the Liberty is pretty middle-of-the-road for harnesses. It’s a few ounces heavier than the lightest harnesses tested but its features may be well worth it for some climbers, such as traditional climbers who want a comfortable harness capable of holding a lot of gear.

Other Features
The Liberty features a great, easy-to-clip, high strength haul loops. Traditional and big wall climbers will appreciate the ability to securely attach a tag line or other equipment from the haul loop while being able to find it with relative ease.

Value
At $69.95, the Liberty is a great value for climbers looking for a comfortable, well-featured harness. Many other harnesses fall into the same price range as the Liberty but many users will appreciate the features found in the Liberty, some of which are found on much more expensive harnesses. 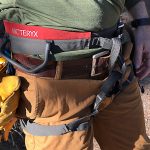