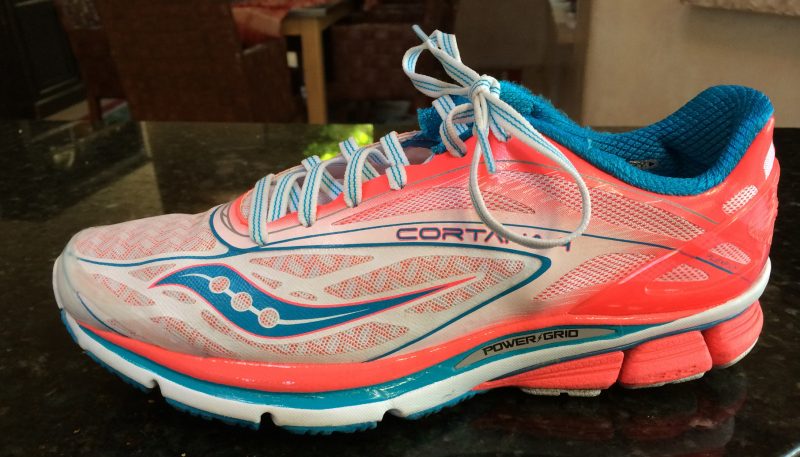 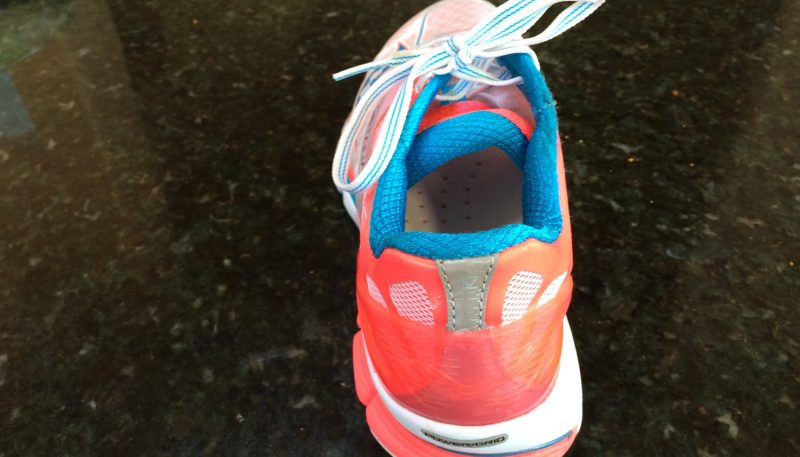 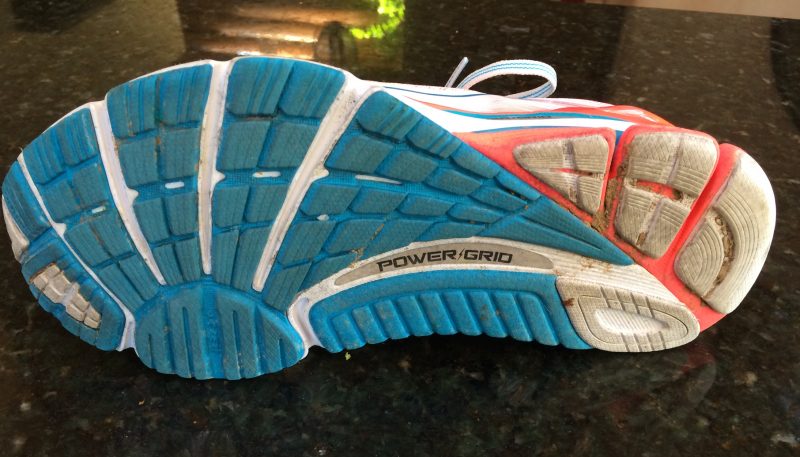 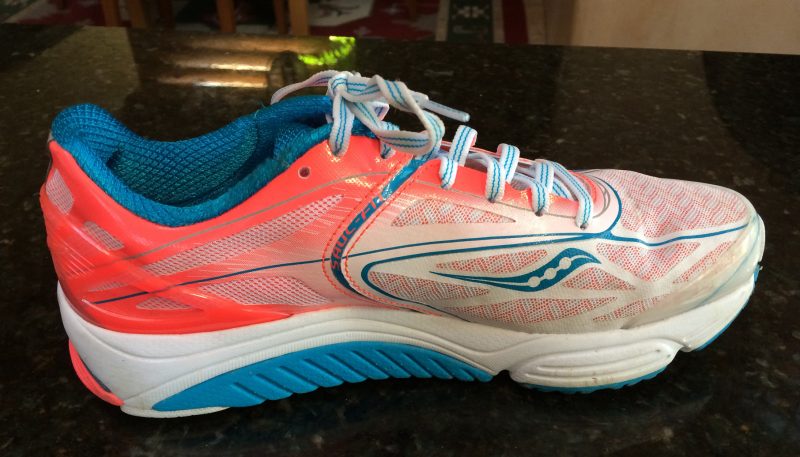 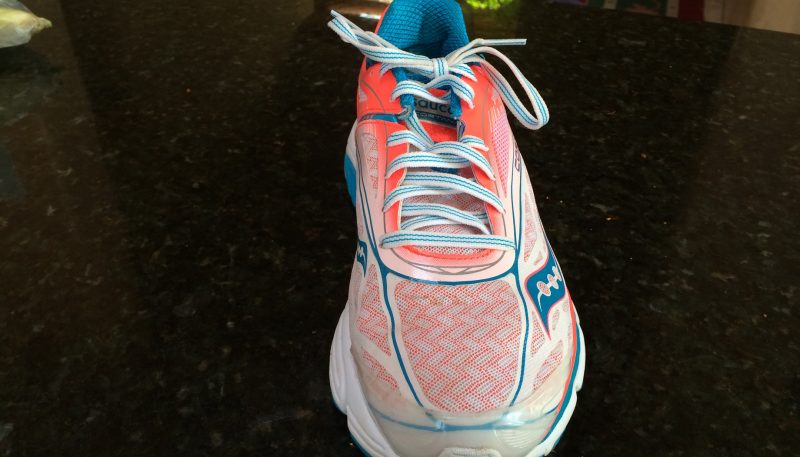 The Saucony Cortana 4 is a low-ramp lightweight shoe with a heaping helping of cushion from heel to toe. While it might seem oxymoronic to have a lightweight low-ramp shoe with plenty of cushion, there is plenty of demand for such a beast. Faster, more efficient runners might prefer the Saucony Kinvara, but for the high-mileage efforts, the more substantial Cortana 4 could be a great marathon training shoe, leaving it’s lighter sister for race day.

Here’s how far we’ve come in the past couple of years: after a day on my feet wearing Hoka One One Cliftons, I came home to my new Saucony Cortana4s, threw them on, and thought “wow, these feel kind of harsh.”

I am happy to report, however, that after several bouncy runs in my Cortanas, that initial firmness has disappeared. These are quick-yet-comfy trainers that equally suited for both the track and the road—and effective even when off-road.

The Cortana 4 performed well on the track, owing to its improved upper fit—there was no slipping and sliding around the curves. My heel stayed in place thanks to a firm, yet flexible heel counter that looks a little like an errant jellyfish grabbed on for a ride.

Road runs were where the Cortanas really excelled, though, absorbing road shock mile after mile, while leaving my Ironman-training legs in good shape.

Value
You do get a lot for your money but $150 is a lot for a running shoe. Having said that, the Saucony Cortana 4 costs about what other highly cushioned premium trainers cost. But, as I constantly remind our running shoe customers, $150 is a heck of a lot cheaper than a single knee X-Ray.

Comfort
Most low-slung speed demons scrimp on the cushion, but Cortana 4s have walked that tightrope of performance and comfort. This is a first-rate training shoe ready to give lots of miles without extracting the dreaded, shredded mitochondria tax.

Responsiveness
While maybe the Cortana 4s offer less responsiveness than the Kinvara, the Cortana 4 still put nifty bounce in your stride. I’ll venture to say that other highly cushioned shoes use their cushion super-powers for the evil of squishiness, while Cortana manages, much like Hoka One One, to retain bounciness that doesn’t drain energy away from your task at hand.

Speed
As with the previous evaluation, Cortana probably is a tad less speedy than the Kinvara and certainly not as speedy as its cousin the A6; nevertheless, these are a good up-tempo shoe—lighter runners might prefer them for everyday trainers, but heavier runners might have just found their perfect race day shoe.

Durability
The Cortana scored a slightly above average 6 in our durability test. After 150 miles of testing, we saw significant compression of the midsole (notice the growth in the higher-pressure red zones in the pressure map below). We also saw a collapse in the ramp angle of the shoe by 2.5mm, all though unlike most shoes in our test, it was the forefoot that collapsed faster than the heel, so the overall ramp angle increased from a 2mm drop to a 4.5mm drop. Outsole wear was normal. 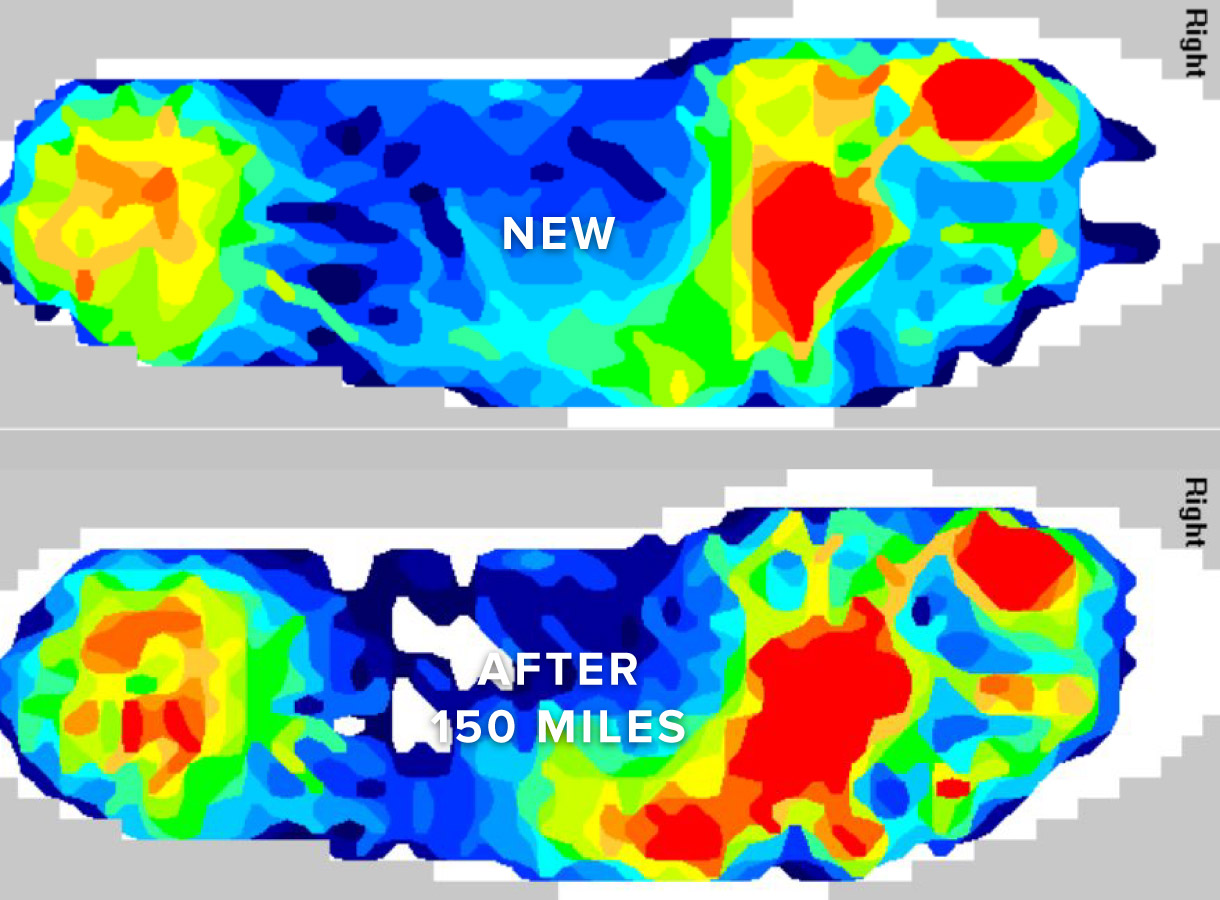 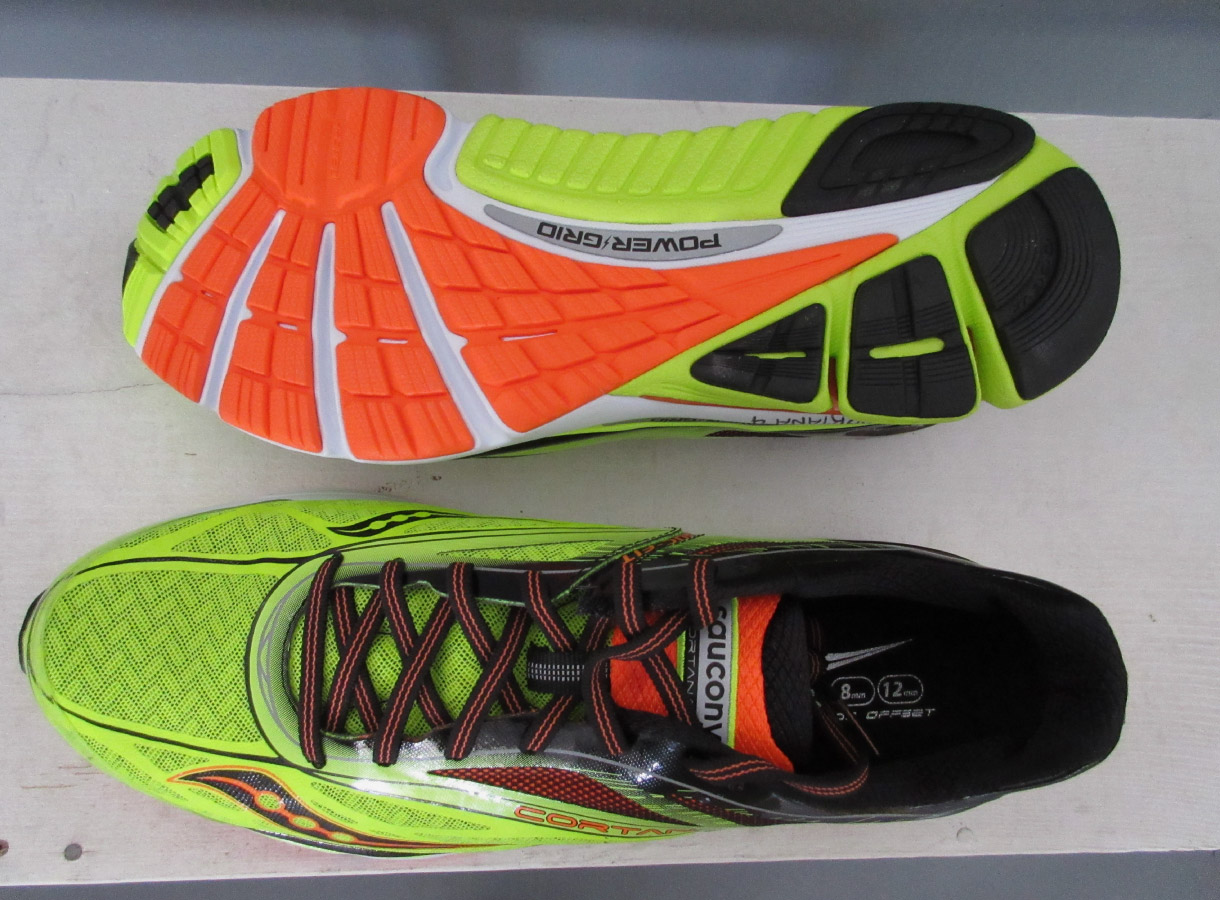 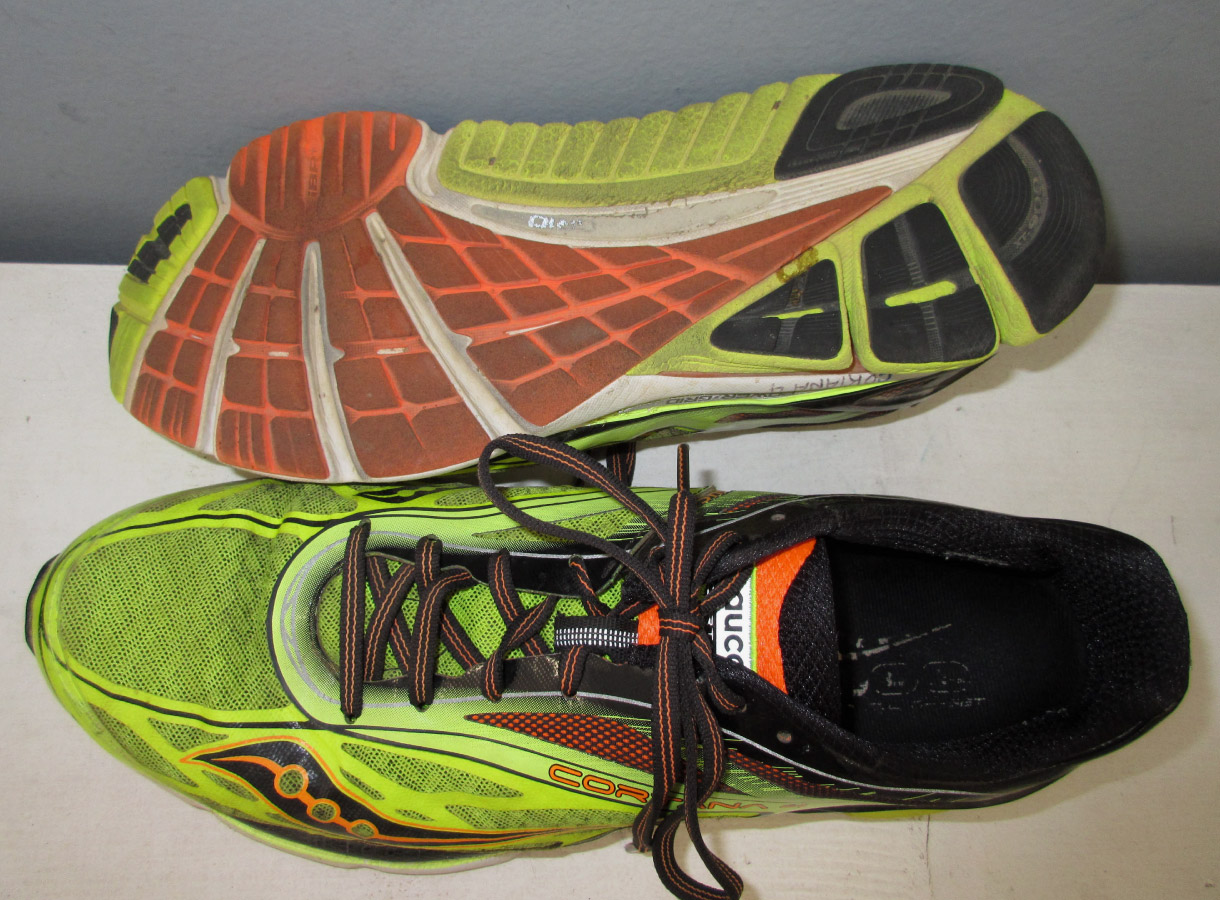