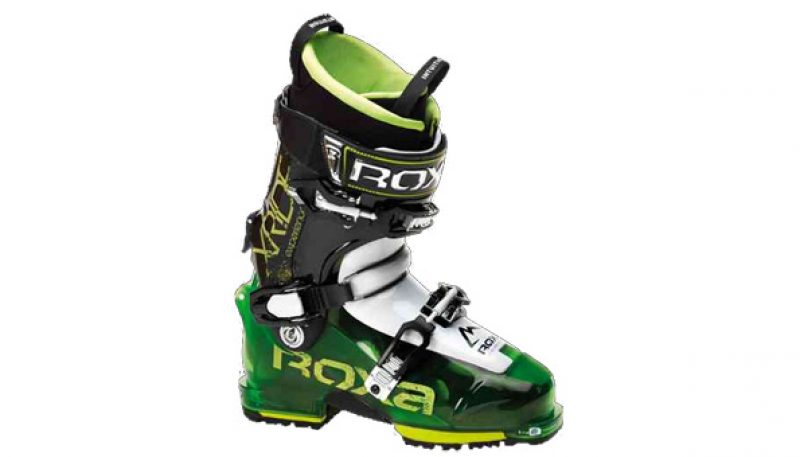 Most things about the Roxa X-ride were good, if not great. And with a fair price as well, the value is there if you want a decent boot with general goals.

I’d never even heard of Roxa boots before their debut at the Outside/Backcountry ski test. So it was a pleasant surprise seeing good looking, three-piece AT boots with Intuition liners and tech fittings. The X-ride is technically the softest of the brand’s three freeride/hike type boots. It’s also the lightest, which wasn’t that light. At almost nine pounds a pair, they had some baby fat.

The tongues were interchangeable, which was a nice touch. Choices were 60, 80, 100 flex indexes, none of which are super stiff. I think I skied in the 100 because the skis did feel fairly stout at the resort, but not super chargers by any means.

For alpine touring boots, I like the three-buckle design: one upper, one heel retention, one across the forefoot—And, a performance power strap. It’s all you need. I thought the buckle placement in the X-ride was spot on. The buckles clasped down just fine, the forward lean was slightly upright for my taste, but definitely not a deal breaker. The build of the boot was satisfactory as well. Comprised of PU plastic, the X-ride had a three piece design (Think Full Tilt) with a walk mode, which like most of the boot worked just fine, but didn’t have any significant “wow” factor.

I didn’t get a lot of time in the boots, but I skied them over a pair of the new Blizzard Scouts 134-108-122 (It’s their less metal version of the popular Cochise freeride ski). Laterally, the boots felt secure on the groomers and off piste as well. I had no issues. Fore and aft, I felt a little play, but not much. I didn’t get to skin in them at all, so I can’t speak to their striding chops whatsoever. Walking around in them was adequate, and I felt like these boots—in their collective comfort, downhill chops and ergonomics—would’ve been a contender for AT boot of the year in 2010, but last I checked it’s 2013.

One last thing: Roxa boots can swap out tech fittings for DIN soles. The tech fittings are built into the shell, which makes for betting power transmission, but unlike the K2 Pinnacle, which has a DIN sole that’ll work with heel posts of a tech setup, you have to use the Roxa’s lug sole if you plan on touring at all, as the DIN soles don’t accept tech heel posts.