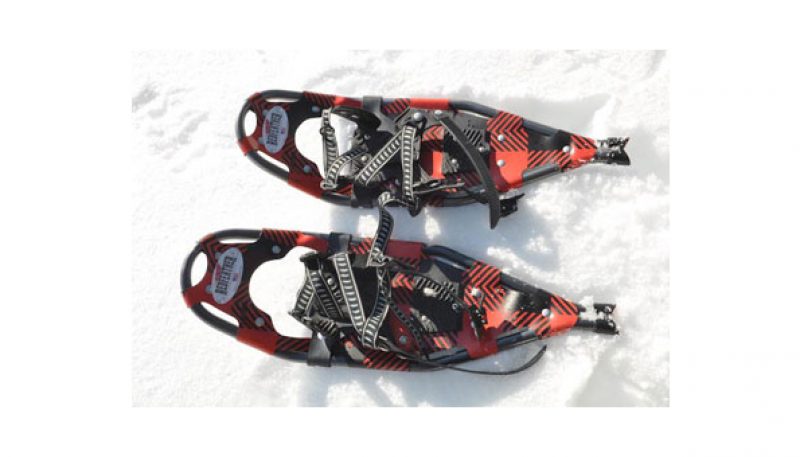 A lightweight option with a natural feel for either walking or running on packed or moderate powder covered trails with good vertical grip, especially on steep groomers or light powder.

Redfeather has been a long term player in the snowshoe market, and I remember using some very low profile Redfeather snowshoes when living in Aspen in the 80’s where we used to ascend Ajax Mountain on them for fitness and racing. That craze has kept up over the years, and Redfeather has kept a niche in the hardpack market, while also branching out to the backcountry with snowshoes like the Alpines. Along with a binding design that allows the foot to stay closer to the shoe for a more natural gait (and no heel drag), the Alpines really are designed for packed trails, narrow spaces, and quick turns on hardpack.

In deep snow, there are some drawbacks. If you like to run downhill or on flats, expect some pretty hefty shots of snow to kick up from the heels. Of course, that might be exactly what you want. Also, with virtually no toe movement in the binding to keep the tips “up,” with each transition the tips dragged more in the snow than others in the test group. And when running downhill in the deep I was more inclined to somersault forward as the tips would occasionally plow down. On a positive note for powder, the Alpines “pintail” design shed snow adequately from the rear when climbing in the deep.

The Alpines are available with two binding models, and I did test both the three ratchet Epic bindings and the Z strap Ultra bindings. The ratchets took slightly more time than other “pin and hole” designs on other snowshoes but effectively held my feet with the exception of large snowboard boots where an adjustment before venturing out would need to be made to fit. Another negative to ratchets is that I noticed some pressure points as they grab the foot.  On a positive, they did allow the shoes to pack flatter when transporting.  The Z straps (Nylon) worked better for both low profile footwear as well as snowboard boots, and also seemed to reduce any pressure points. On the durability side, my favor would be for the straps. But for ease of use and easier handling, especially with gloved hands, I would pick the ratchets. 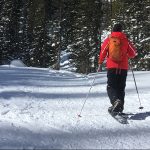