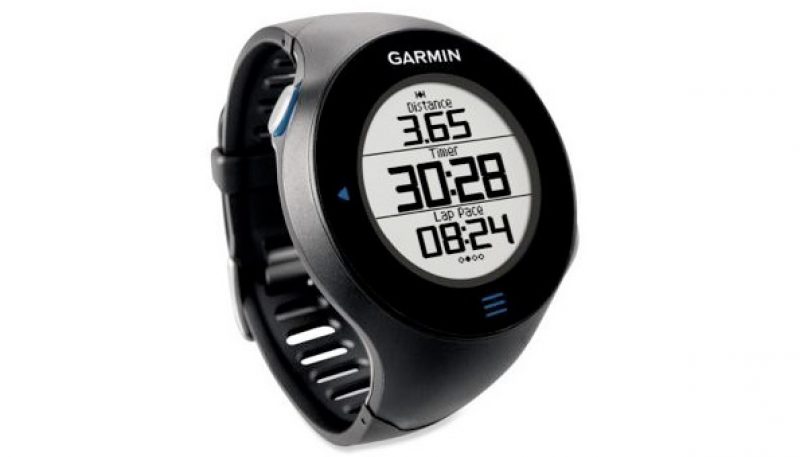 The first thing I noticed when taking the unit out of the box was the size.  This is a normal size athletic/running watch. Finally! Having used several GPS watches over the years, one of my biggest complaints has been the enormous size of most of them. Some of Garmin’s older models were like having a small keyboard on your wrist and were quite uncomfortable especially when running at quicker speeds.

Garmin has tackled the size discrepancy head on. The 610 fits very well around the wrist and even those with very small wrists would have no problem. Secondly, Garmin has fixed the horrible strap issue that plagued the Forerunner 405 and 410. While those were great watches, the straps tended to break from the watch face after quite a bit of use. The 610 appears to be a standard athletic watch strap comparable to what you might find on a Timex ironman or any other watch with a plastic strap. I’ve been using the watch nearly every day for 5 months and have been very happy with its fit and function. I’ve had absolutely no problems whatsoever.

If you have worn a previous Garmin model then you will be able to easily use the 610. If you can operate an iPod or iPhone you can use this watch with ease. In fact the 610 includes a lock screen similar to the iPhone where one has to swipe horizontally from right to left to unlock the screen after its been out of use. Therefore, if you are eager to get out the door immediately and hit the road needing only the basic information about your run then, one can easily do so without having to read the instruction manual as it is extremely intuitive with all basic functions easily accessible.

One thing that stood out to me, and that was a great relief, was the improved satellite reception capability over other GPS watches and previous Garmin models. The 610 finds the GPS signal (satellites) almost immediately and within a minute at most. This is a great addition as in the past other watches can sometimes take up to three minutes to locate satellites.

Additionally, the 610 has a nice four-field data screen display that allows one to manipulate up to four pages of data with four different fields per screen. The data fields allow one to find a unique page curtailed specifically to their workout. The 405 allowed for only three fields.

In terms of accuracy the 610 is accurate as it was only 15 meters shy of 5,000 meters on the track when tested. The pace tracker seemed consistently on target, and responded rapidly to any changes in speed as well.

One other nice addition to the 610 was the ability to completely turn the watch off after use and not just put it in sleep mode. This significantly increases the battery life and allows me to charge the watch every week to week and a half after daily runs totaling 1-2 hours in length. In addition to better battery life, Garmin has included a new charging clip that is magnetized and allows the 610 to stay connected better to the charging chord even if the watch is accidentally moved or bumped.

Overall, the 610 is a nice update to the previous 405 and 410 Garmin models. The addition of a touch screen rather than the bothersome touch bezel that annoyed runners is most welcome. The 610 also represents the very best for those looking to gain a bit more scientific and objective data with their running rather than just wanting to know how far, long, or fast one has been running. Incorporating workouts and intervals into the individualized data fields allows for greater analysis to occur.

However, perhaps the simplest and biggest selling point is the sleek size and design that have allowed Garmin to take the GPS running watch market to a new level. Finally there is a watch available that fits well, looks cool and is simple to use. I’m eager to see how Garmin improves upon the 610 in the future and if it’s any indication of the changes made to this product then the future is indeed very bright. 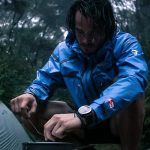