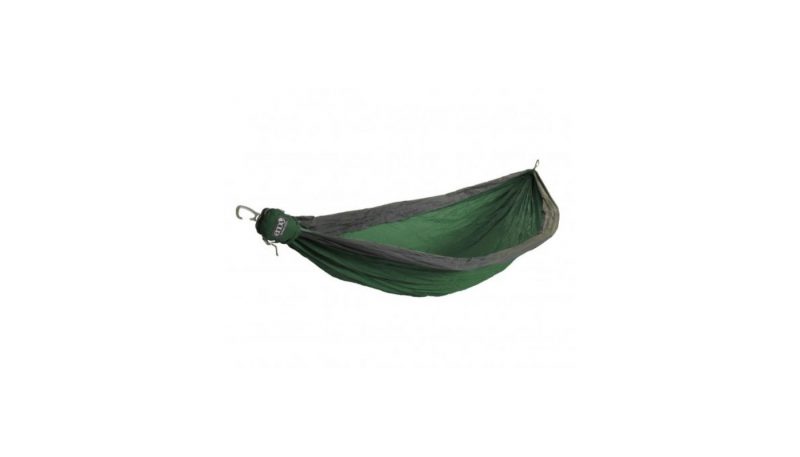 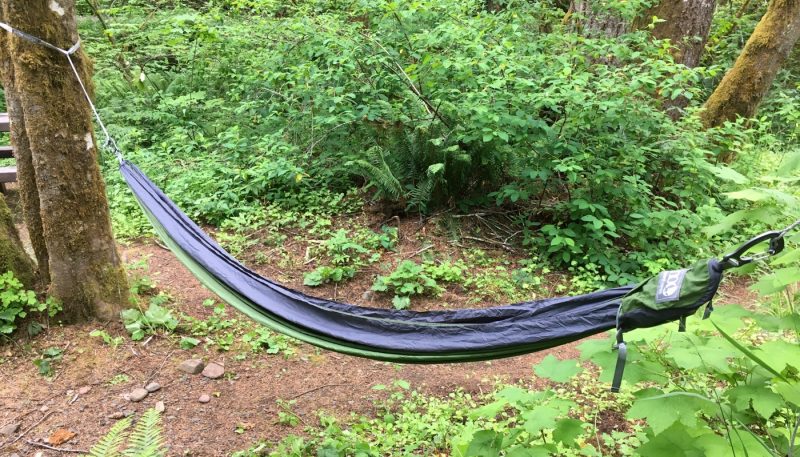 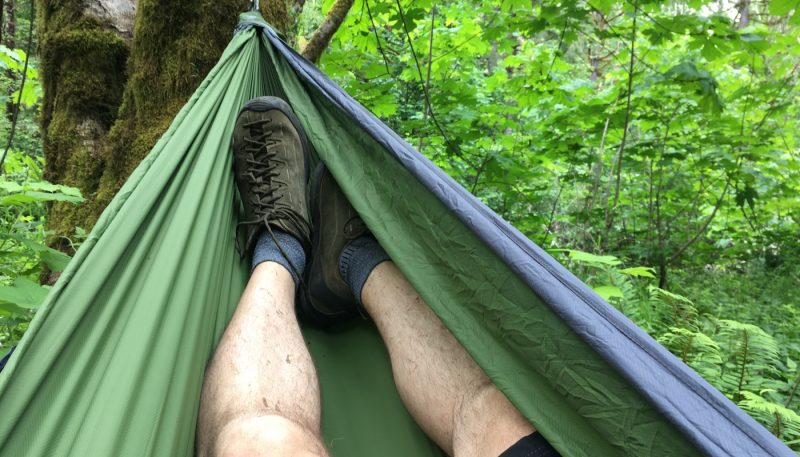 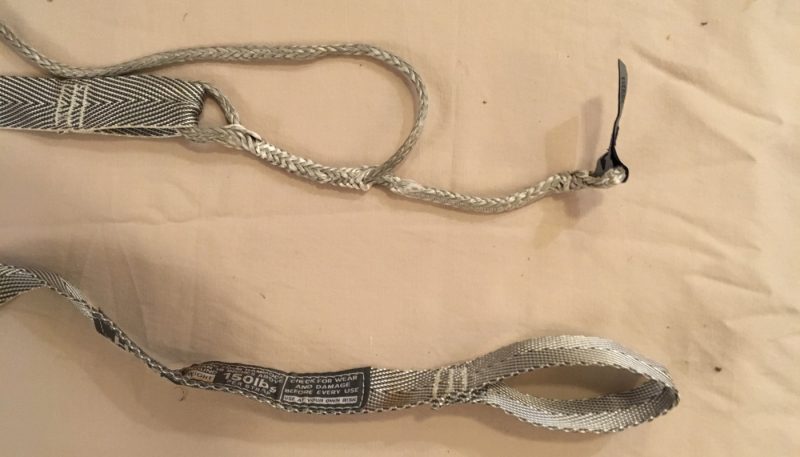 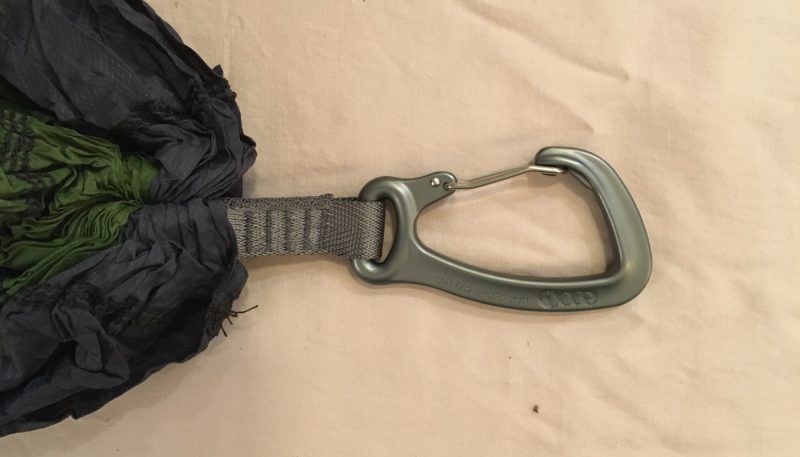 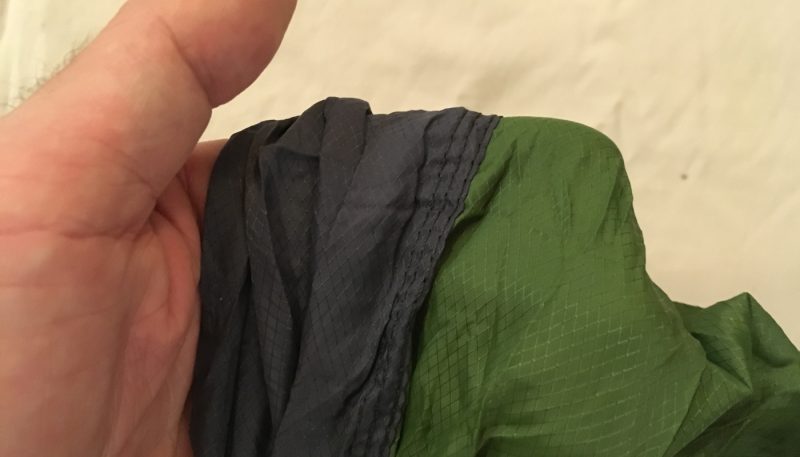 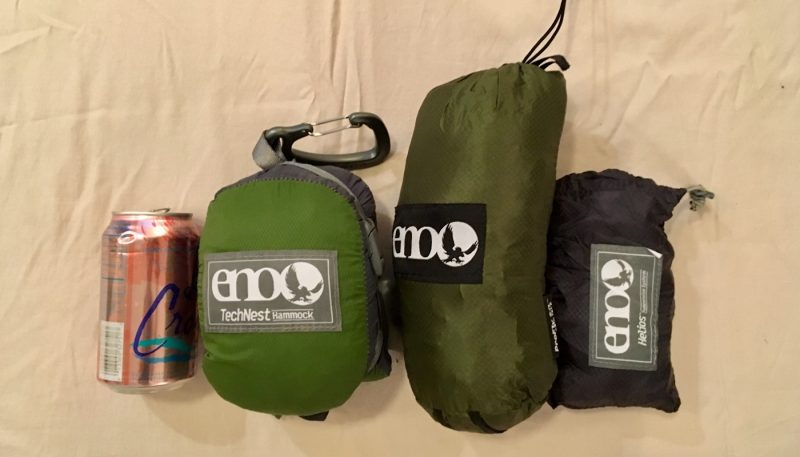 THE VERDICT
The ENO TechNest combines lightweight, quality construction and average price into a very good value for a non-ultralight camping hammock. The TechNest’s silky smooth material is offset by a few design flaws that may put off techies and ounce-counters.
FULL REVIEW

The first thing you’ll notice about the TechNest is the material, a 40-denier ripstop nylon taffeta that is super soft and breathable against the skin. It’s probably the best-feeling fabric of the hammocks tested. The hammock itself is a three-piece design: a main section and two lengthwise side panels, 10 inches wide at their midpoint.

It is billed as a two-person hammock, and it could be if you’re not too big. But for larger people (six feet tall and over), it’s roomy without being enveloping. Each end is bunched together into a sewn nylon strap loop attached to a large integrated aluminum carabiner (helpfully marked “not for climbing”). The size makes them easy to clip, but seems like overkill to save weight and space.

The TechNest’s main design concern is the integrated stuff sack. It’s attached to one end, right below one of the carabiners, so it’s not easy to use as a pouch to hold small items as with other models where it’s attached in the middle. The stuff sack closes with two straps with magnetic fasteners, a more heavy and complicated option than a plain drawstring. One of the carabiners is on the outside when it’s packed up, making it easy to clip it onto something (say the outside of a pack), but it can also get in the way when packing it in and out of a larger bag.

The Helios suspension system ($35) combines Dyneema line with a polyester sling strap to go around the trees. They are super-light and fit inside the hammock stuff sack, which is handy. ENO’s Profly Sil rain tarp ($120) has six tie-off points, two at the ends and two on either side. That’s two more than most square- or diamond-shaped rain flies, offering extra protection from the elements without adding much weight. It uses tiny plastic LineLoc Fasteners for quick cord length adjustments, which work well. Stakes are only included as part of the SubLink Shelter System ($250), which includes hammock, suspension system, rain fly, bug net, and a fleece-lined stuff sack that fits everything and doubles as a pillow.

The Helios suspension system is quick and easy to set up. The design uses a sliding knot which can be a little nervy to trust your weight to the first few times, but it does hold tight. (It’s the same knot on those “Chinese finger trap” toys you had as a kid: the harder you pull, the tighter it grabs.) The straps are light, but each one is only eight feet long. For more length, a pair of the XL version ($45), with more than five extra feet on each is available.

Having the stuff sack at one end makes the TechNest a little quicker and easier to pack and unpack – keep that end attached to a tree instead of messing around in the dirt – but it’s offset by the lack of a handy place to stick sunglasses, a headlamp, phone, etc., for overnight or easy morning access.

All the hammock seams are triple-stitched and the carabiners look big enough to rappel off (but please don’t). There are two spots where minor wear started to show after moderate use: the woven threads of the Dyneema cords can snag on sharp bark and twigs, and the hem of the rain fly is only single-stitched.

The TechNest was the lightest of the non-ultralight models tested. That’s mostly thanks to the Helios straps, which at 4.1 ounces are less than half the weight of other non-ultralight strap systems. Add a Profly Sil tarp (16 ounces) and you have a full system at just over 2 pounds – easily tolerable on extended backpacking trips. That said, there are a few places it looks like the designers could still have shaved another ounce or two, like the carabiners and the buckle system on the stuff sack.

Continue Reading
WHERE TO BUY
MSRP
$95.00
BEST DEAL
$99.95
CampSaver.com
ALSO AVAILABLE AT
REI.com
$99.95
*Your purchase helps to support the work of Gear Institute.
HOW WE TESTED 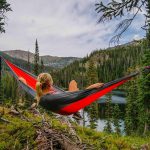 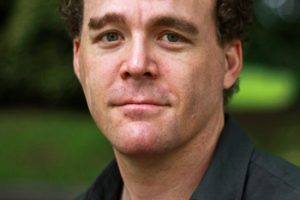