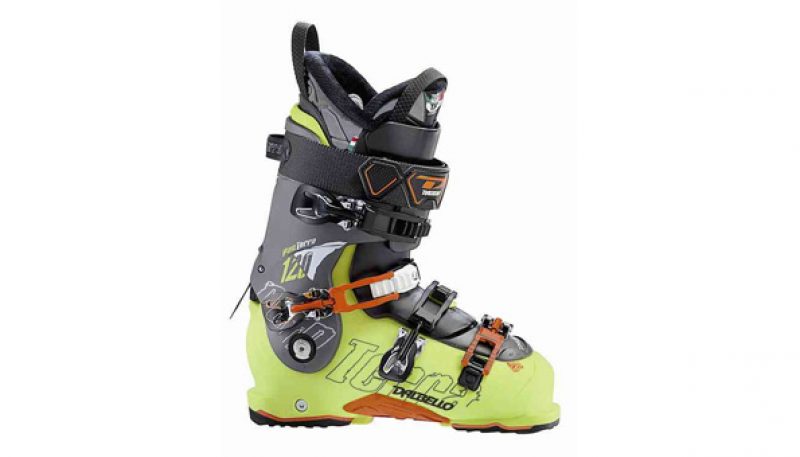 This is another freeride boot that has a lot going for it: comfort, performance, and ergonomics. Together they make for a solid freeride boot with significant stiffness and resort-based enthusiasms.

I didn’t get to spend as much time in this boot as I wanted. I say that because I liked them. At the Outside/Backcountry ski test I was limited on time this year, and it was the only place I had any contact with the Dalbello boots. I was always a fan of the Sherpa and Virus boots, and the Panterra was also impressive during my short interaction with them.

Just by looking at the boot I could tell it was going to ski well. I was/am a huge fan of the heel retention buckle placement on the Panterra. Even while ratcheting down the buckles in the lodge I could feel my ankles getting cinched comfortably into place. I could argue that the very first buckle was overkill as it sat very low over my toes, and I latched them very loosely from the get go. It might’ve saved weight to leave one off and center the remaining forefoot buckle, but people (including myself) like seeing two over the instep on freeride boots.

I paired the Panterras with a Line Sick Day 110, a girthy, but light-ish ski known for its playfulness. Conditions were day-old broken powder, and I slipped back and forth between the groomers and steeper, choppier slopes. The high tongue flexed nicely against my calves, and I felt in control cranking turns through tight trees and rocky, technical terrain. The corduroy slopes were a no-brainer as they often are, and the Panterra’s lateral responsiveness was immediate and precise. I slashed more turns per square inch than should be permitted in polite company, but so it goes.

Dalbello claims the Panterra has a 120 flex and I agreed, if maybe a little soft. That said, the flex was consistent and smooth. What I liked most was that heel retention strap, which held me centered through all of my limited time in the boots.

The liner was comfy, but a bit overbuilt, and the boots were a little hefty. The ergonomics for hiking were there although other four buckle freeriders in this category were almost as stiff but significantly lighter for hiking and boot packing. It’s always give and take.