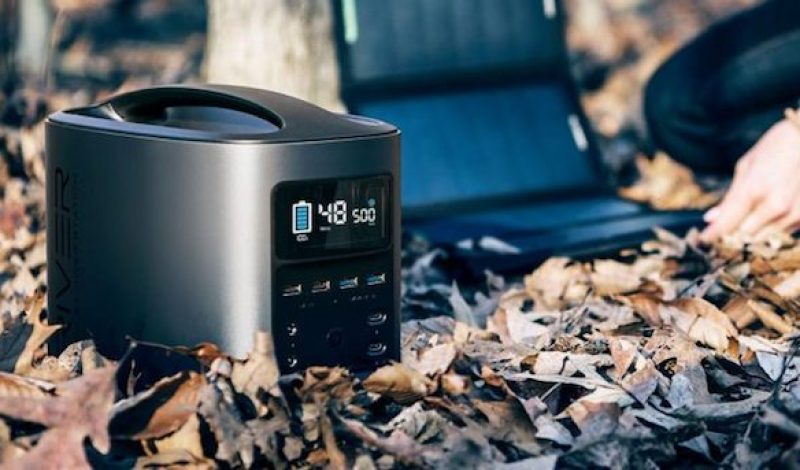 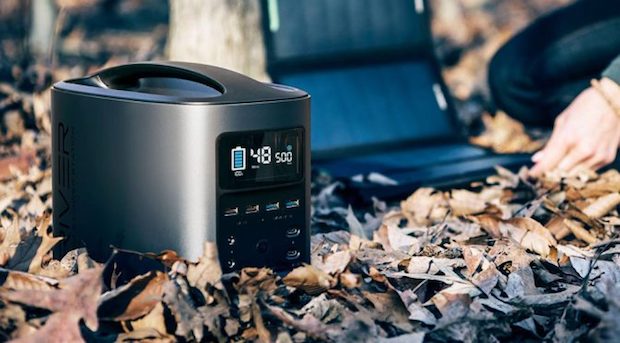 A few weeks back we told you about a new portable power station called the EcoFlow River that had just hit Indiegogo. At the time, we noted that it looked like a promising option for keeping your gadgets powered and functional while in the backcountry, and vowed to share more thoughts once we had a chance to spend some time with a test model. Now, after putting the portable generator to the test, we can honestly say it is one of the best mobile power options that we’ve seen so far.

Weighing in at 11 pounds, the River is more suitable for use while car camping or in a base camp situation, rather than something that you would lug along on an extended backpacking trip. That said however, it is fairly lightweight for the amount of power that it offers, and a built-in handle on the top of the device makes it easy to carry to and from the campsite. Its water-resistant case is also durable enough to keep it protected while out in the elements, and its small footprint provides a lot of juice in a compact package. 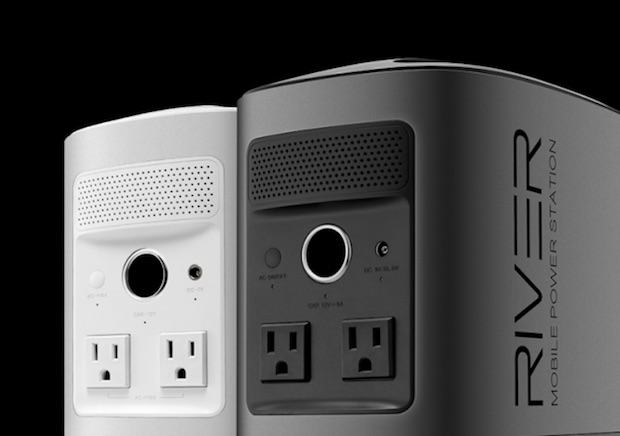 With its 412 Wh battery and 500-watt output, the River carries enough power to recharge most smartphones as many as 30 times or a GoPro camera more than 80 times. It can also charge a laptop, keep camp lights running for over 100 hours, and will even provide enough juice to power an LCD projector or run a small refrigerator too. I personally saw this versatility in action while testing it as I used the River to not only charge my iPhone and tablet, but also run my laptop for a full day too. Along the way, I also charged headlamps, smartwatches, and even a USB battery pack as well.

While most portable generators offer a variety of ports to keep mobile devices charged on the go, the River goes above and beyond to ensure you can charge everything you bring with you. It has a whopping 11 total ports, including two standard AC outlet, a DC (car-charger) input, two DC outlets, two USB-C ports, and four standard USB ports – two of which are also quick charging. The device can provide a full current to each of those pots individually, which means everything charges at the same time, and does so surprisingly quickly. In fact, my various rechargeable gadgets all powered up at least as quickly as they would if they had been plugged directly into the wall, meaning you don’t have to wait around forever to get your phone, headlamp, or tablet working again. 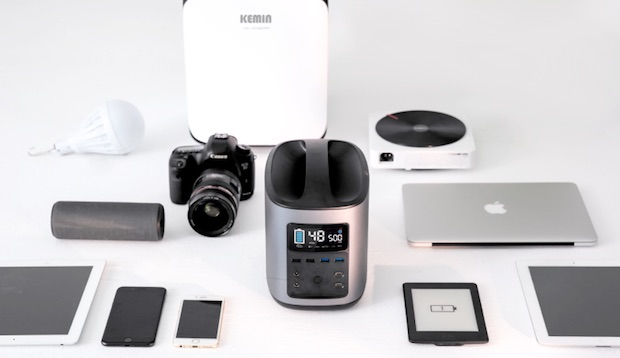 Charging the River itself is a simple affair as well, with multiple ways of topping off the device’s battery. Plugging it into a wall outlet requires about six hours to fully recharge the power station, while a DC outlet in a car will accomplish the same task in roughly nine hours instead. EcoFlow says that the River can be recharged via a solar panel as well, although I didn’t have the chance to test how well this actually works. According to the company’s estimates it should take roughly 10-15 hours to complete, but based on my past experiences with using solar energy, those are probably optimistic numbers.

In designing the River, EcoFlow wanted to make sure that users would have a good understanding of just how much power is in the device and how it is being used at any given time. To that end, an LCD screen is built onto the front of the power station that makes it easy to monitor its usage at all times. At a quick glance you can see how well charged the interal batteries are, how many minutes of charging time remain, which ports are in use, and much more. This certainly comes in handy when trying to manage your power while on the go. 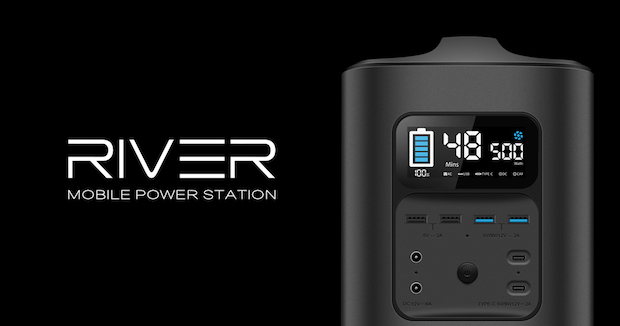 EcoFlow says that the River can hold a charge for up to one year, which is a substantial upgrade when compared to most of the competition. Generally, most power stations begin losing their charge after just a few months, which can end up leaving you high and dry should an emergency situation arise. That shouldn’t be the case with this charger however, which holds onto its power much longer than the typical portable generator. Its built in surge protection circuitry also keeps your important – and expensive – electronics safe too.

The River fills a nice niche in the portable power station market. It isn’t quite as small as something like Goal Zero’s Sherpa 100 power pack, nor is it anywhere as large as the Yeti 400 or Yeti 400 Lithium either. In fact, I’d say that it is exactly the right size to meet the needs of most people heading out on an extended weekend adventure, or even longer depending on what gadgets need to be charged along the way. For the amount of power that is provides, the River is very lightweight, shaving five pounds off the weight of Goal Zero’s vaunted new lithium generator that offers the same amount of output and similar feature sets too. 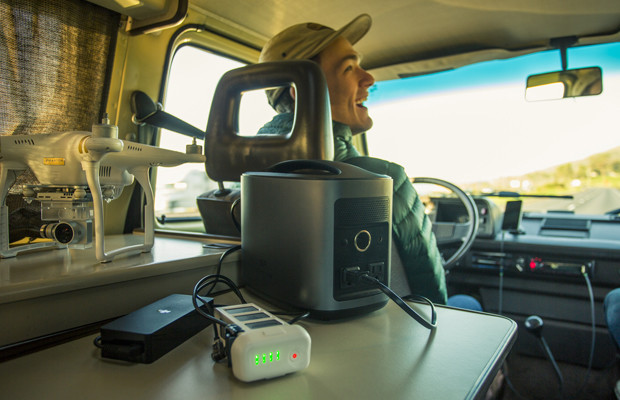 When we first covered the River, its crowdfunding campaign was just getting underway. Now, two weeks later, the power station is an unmitigated success. EcoFlow had hoped to raise $30,000 to get the device into production, but it easily surpassed that goal. As of this writing, the River has pulled in more than $432,000, which means it should ship in July as expected. When it does become available to purchase directly, it is expected to cost about $699. But, you can preorder one now for just $499 instead.

Find out more at EcloFlowTech.com or preorder your River now from the Indiegogo page.