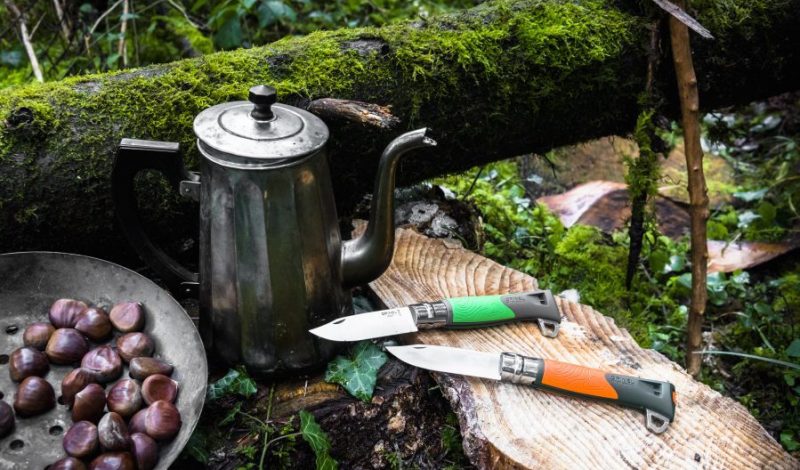 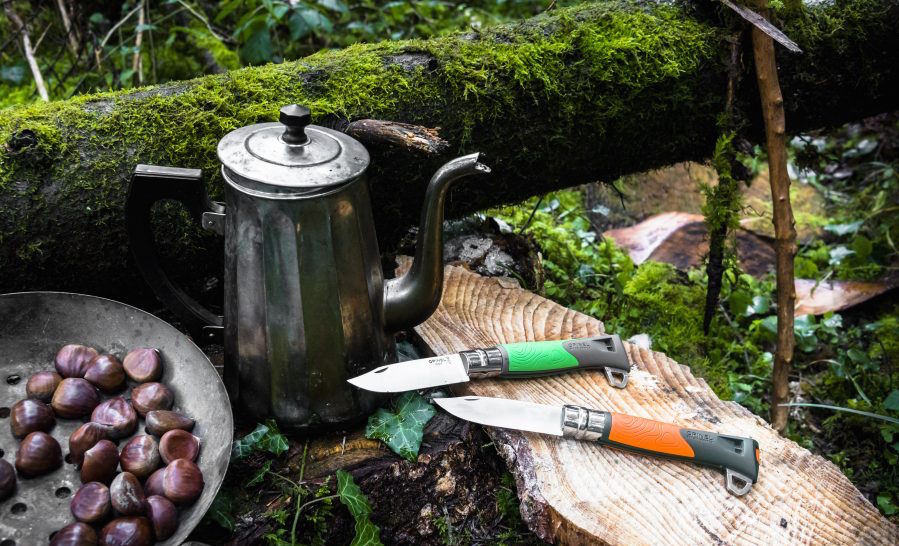 Opinel has relied on, among other things, simplicity, in its knives for the past 126 years.

Most commonly, their folding knives are made from a single piece of wood which is slotted and shaped to house a knife blade, held in place with a pin covered in a collar and their patented locking ring.

They are simple, beautiful, and reliable – enough so to be sold in museum gift shops but also to be passed down through generations after a lifetime of hard work.

To say Opinel hasn’t made many changes because what they’re doing works is an understatement; a century of building off of the same design is virtually unheard of in the outdoor world.

So it’s kind of wild when you look at their latest offering: The No. 12 Explore Knife.

Looking at the No. 12, there’s no mistaking that it’s an Opinel folding knife. Though the usual wooden handle and body is being replaced here by a fiberglass-reinforced polymer that features elastomer grips for a better hand-hold, the shape is the same as Opinel’s other folding knives.

The blade, how it’s held in place, and the patented locking ring are also the same. But from there we start to see major departures, which have been integrated to adapt to outdoor folks in the modern era. Built in to the pommel of the No. 12 is a 110 dB survival whistle, a fire starter, and a gut hook. So though the No. 12 is still simple in form, it does a whole lot more than its brothers and sisters in the Opinel Folding Knife family.

Launching later this summer, the Opinel No. 12 Explore knife is available in green and orange and will have a suggested retail price of $49.

We’re hoping to get our hands on one at Outdoor Retailer Summer Market coming up at the beginning of August. Stay tuned for a full review, fellow Outdoorsians!