If there’s an arms race in skiing right now, it’s over who can build the best all-mountain ski boot—and partner with the biggest name ski mountaineer in the quest to do so.

In that case, there’s hardly a bigger name than Chris Davenport, who, it was announced on Sept. 10, has joined Scarpa as a brand ambassador and member of the product development team, with a focus on introducing an innovative new ski boot this spring.

“Dav” is a two-time Freeskiing World Champion who was the first person to summit and ski all 54 of Colorado’s 14,000 foot peaks in a single year. He also recently skied and guided on Mt. Everest, and has notched first descents around the world. He sat down with Gear Institute to talk about why we are at a crucial juncture in ski boot development, and why brands think it’s so critical to partner with big mountain pros.

Gear Institute: Why Scarpa? And why now? 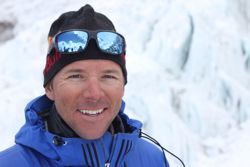 Chris Davenport: As far as the timing of this deal, we are seeing a lot of evolution in the industry right now, with the major alpine ski boot makers jumping into the AT market. (Can you believe Backcountry Magazine put a LANGE on the cover of their Buyer’s Guide?) With the big dogs like Lange, Salomon, Atomic, and Tecnica all offering high performance boots that also walk/tour, smaller, traditional touring boot companies like Scarpa, Garmont, and Dynafit need to be smart and make sure they don’t lose market share in the category they once owned.

And why Scarpa? As far as athletes go Scarpa didn’t have any big mountain skiers like myself on their program, meaning skiers that came from the competitive freeskiing or race world. So I’m here now to help with the performance side of the product. We want to build a boot that brings alpine race boot performance in a light package and tours well.

GI: The AT market is blowing up in terms of athlete/R&D signings and the promise of new gear. What’s going on here?

CD: Well it seems like the industry is placing a value on the wealth of experience and reputation of some of us athletes, which is really great. I have been in the sport my entire life, and the business for 20+ years, so I bring extensive knowledge and experience to the table with the companies that I represent.

The gear itself, including skis, boots, and clothing, is on a steep curve in terms of evolution and development right now, even if the mainstream consumer might be a few years behind all of this.

GI: Should I buy new boots this season, or is the breakthrough still out there?

CD: I think you should try a number of different boots first. Ski boots are our most essential and critical piece of gear. Finding the boot that fits your foot correctly and also fits your skiing style is paramount to having a good time out on the hill. The new Scarpa boot I’m working on will hopefully be the answer for many advanced/expert skiers who want to ski hard but also walk, climb, and hike a bit in them as well.

GI: Why is this aspect of the boot market so important to where skiing goes in the future?

CD: I think ski boots are following the trends in skiing, rather than dictating them. It seems perfectly natural to me that over the last 20+ years, more and more people have been discovering skiing opportunities beyond the boundaries of their local ski areas. It really makes perfect sense. And with this age of discovery the gear wasn’t quite perfect, so it has had to adapt.

I mean, can you believe we didn’t have fat or wide skis until the mid to late ’90’s?  It’s crazy to think, but the market wasn’t there for them. People skied on piste, at resorts.  Once ski movies were being shot on the slopes of the Chugach rather than the slopes of Sun Valley, things began to change quickly.

GI: You’ve skied the wildest reaches of backcountry around the world. How will this influence how you design boots?

CD: Again, my experiences as a skier simply adds to my overall knowledge of what works and what doesn’t in various conditions and environments. I try to not only seek out wild and remote ski adventures with high-caliber partners, I also spend a lot of time skiing with and guiding everyday consumers. The ideas and information I pick up from them during a day skiing Aspen Highlands might be just as valuable as the information I get on a ski-mountaineering expedition to Alaska.

GI: Thanks so much for taking the time to talk to the Gear Institute, what other plans do you have for the rest of the year?

CD: Ah hah! The most popular question of every fall season…I’ve got a really cool ski mountaineering project lined up for this season with my long time partners Ted and Christy Mahon. I also have some film work planned and several guiding trips with clients to France, Alaska, and here in Colorado. 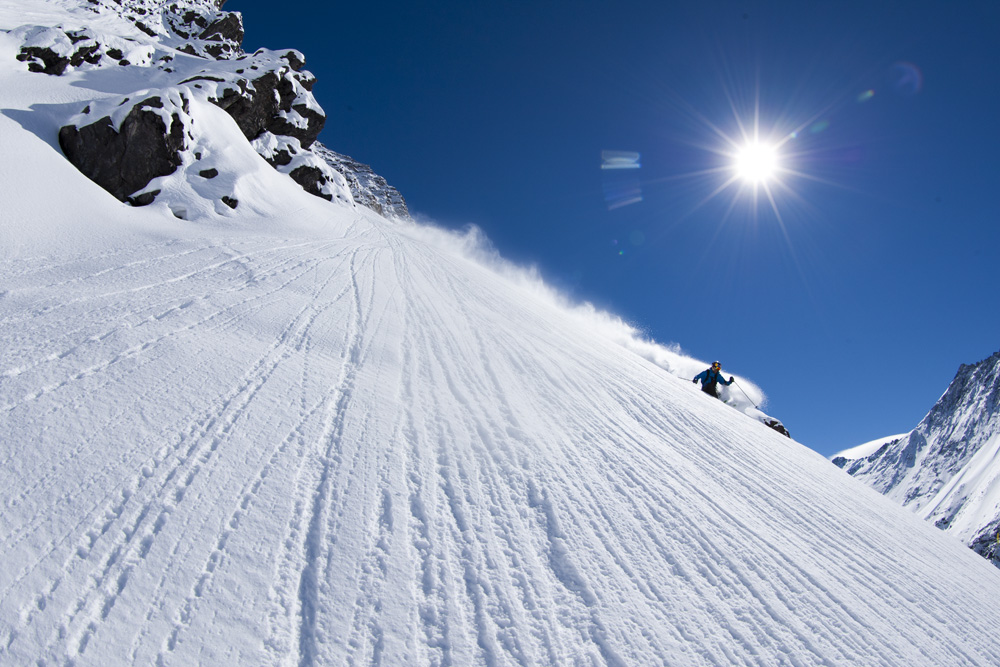