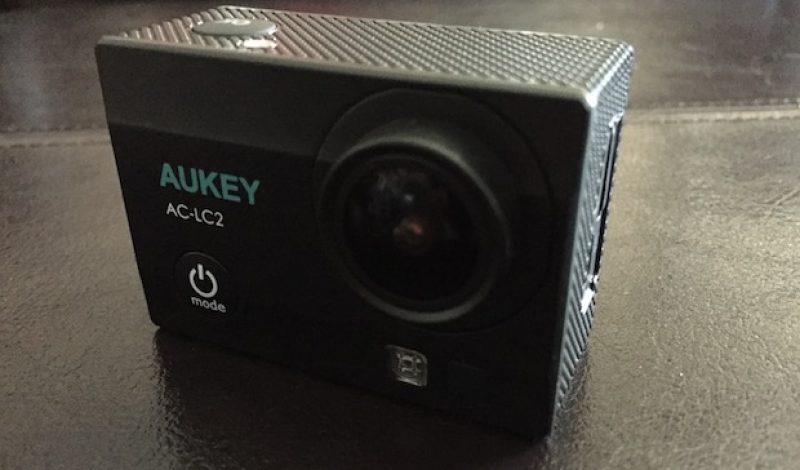 The action-cam market has been flooded with affordable GoPro knockoffs, and for good reason. Who wants to spend hundreds of dollars on a video camera that’s going to take that much abuse or potentially get lost on the trail? (It’s been several years and I’m still smarting over the loss of my Contour action cam somewhere in Brown County State Park.) Aukey, a leader in low-budget electronics sold primarily on Amazon, recently released its entry into the budget action-cam sweepstakes, the AC-LC2 , giving budding filmmakers yet another option.

The Aukey is fairly similar to the Akaso EK7000 I bought earlier this year, with an almost identical feature set and settings menu, so I suspect the two were made in the same factory, or at the very least, from the same design. They’re almost identical in price on Amazon as well.

Video quality is good in 1080 HD mode, with one caveat — when riding in shaded woods, areas of bright sunlight shining through the trees tend to wash out the color at times. I believe any action cam would have that issue, but it’s worth mentioning. Surprisingly, I wasn’t as impressed by the 4K footage, which didn’t seem like much of an upgrade over the 1080 modes and hogged up much more space on the miniSD card (sold separately). This could be because I don’t have a 4K TV or computer monitor, which is the only way to view content of such high quality. 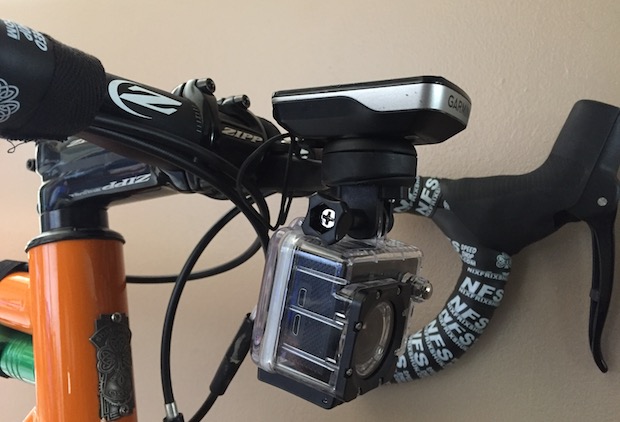 Unfortunately, there’s no image stabilization like you’d get in the higher-end GoPros, so riding footage — particularly in tight, technical sections — can look a little topsy-turvy at times. Muffled sound quality, particularly when placed in its case, is another drawback to the camera. Watching footage of my ride over local singletrack, a viewer could be forgiven for thinking I was a massive trail jerk; the camera picks up the wind noise and the loud buzz of my Industry Nine rear hub, but not me politely informing hikers that I was pedaling down the trail behind them.

A video-loop feature on the camera is ideal for riders wanting to record their commuting route for safety reasons, but a word of warning — a friend told me that police recently ticketed an aggressive driver caught on camera (not an Aukey) because, in part, the driver honked his horn before making an entirely too-close pass. It’s possible that law enforcement wouldn’t have pursued the case if they couldn’t hear the blaring car horn.

The AC-LC2 takes 12-megapixel images when using it in photo mode, although you can’t zoom or adjust the focus as you can on a dedicated camera. I took dozens of shots while kayaking on a recent press trip to Door County, Wisconsin, and was fairly pleased with the quality. 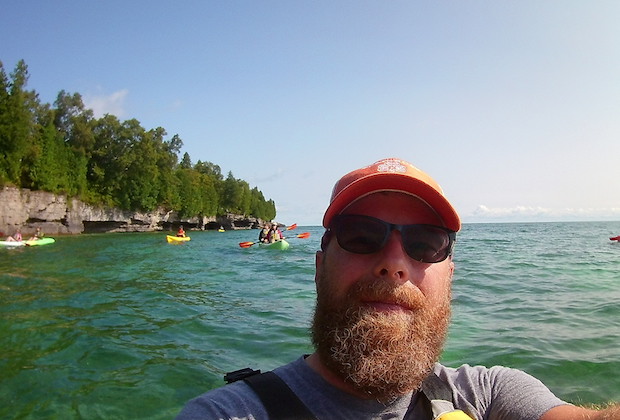 The waterproof case works great at lower depths (up to about 100 feet, according to Aukey). On my kayaking trip, I dunked the camera several times for testing purposes. It wasn’t affected in any way and the photos came out reasonably sharp.

If you have a boxful of GoPro mounts, you’re in luck; they’re all compatible. The Aukey camera comes with a host of accessories as well, including a flexible tripod and a clunky bike mount. For a sleeker look, I use either a Barfly or K-Edge computer/camera dual mount, depending on the bike. Unfortunately, using this type of mount means the camera will be upside down, and you can’t simply flip the image in your preferred video-editing software. There’s an easily accessible upside-down mode in the camera settings, but the up/down buttons move in the opposite direction. It’s counter-intuitive and a bit of a hassle, but definitely not a deal breaker. 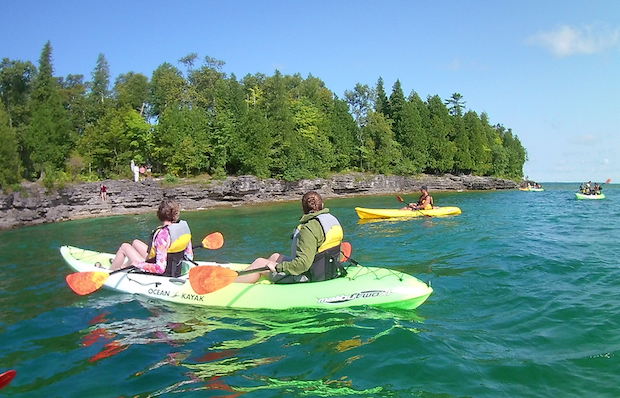 The most important accessory is the included remote control. Attach it to your handlebars and hit record or photograph on the fly. If you have the patience, you can download the iSmart DV app for your phone to both control the camera from, and download footage directly to, your smartphone.

GoPro remains the industry leader in action cams, but the Aukey’s affordability and decent image quality makes this a great alternative for riders who’d rather spend their money on bikes, beer, or gas.