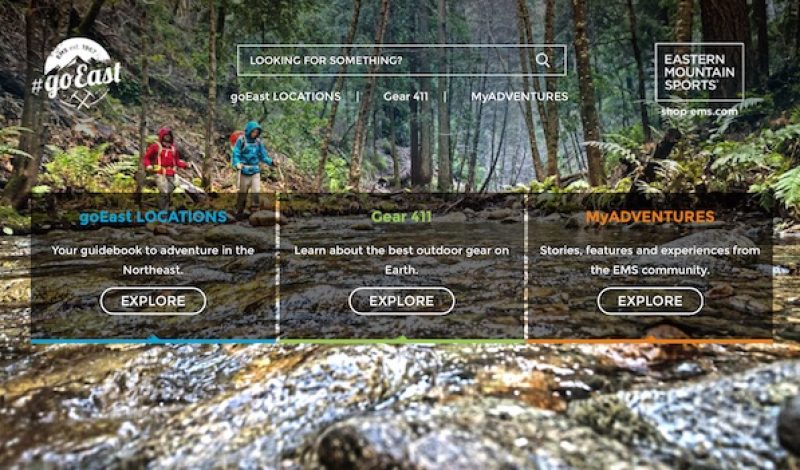 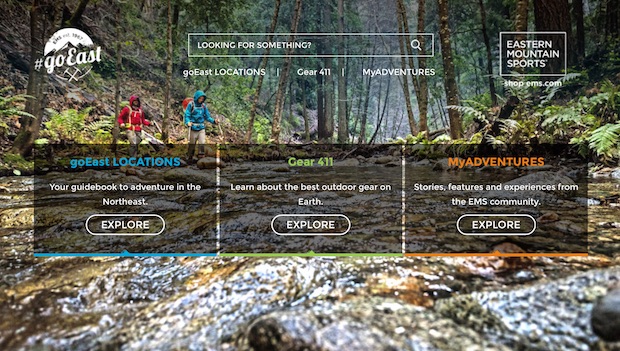 Any outdoor enthusiast from New England has spent some time and money at Eastern Mountain Sports over the years. I even worked at EMS for a while when I was in college and it was awesome. Between the gear selection, my co-workers, and the customers, I felt right at home.

A few weeks ago, when the news hit that EMS wasn’t doing so hot as a company and that they were in the beginning stages of shutting some stores down, it hit home. The idea of it took a little wind out of my sails as I – like many of the folks around here – have come to rely on EMS for our outdoor gear and clothing needs. Then, last week, there was a break in the clouds, via an email that hit my Spam folder:

“Check Out Our New Community – Learn, Explore & Share Around Our Virtual Campfire.” 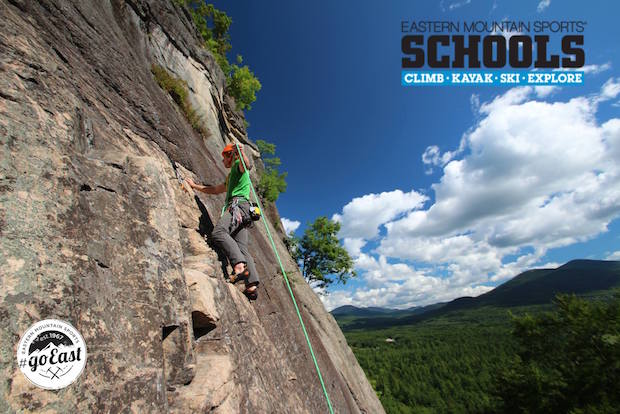 Opening the email and clicking on the embedded link led me to a website campaign simply titled “goEast.” The page was broken down into three specific sections “goEast Locations”, “Gear 411”, and “My Adventures.” You could also surf the website in a more specific manner by picking your particular activity and diving in from there. I spent an hour or so hopping around and have to say that I’m seriously impressed. In fact, I’m invigorated by the site, as this wasn’t something that was just slapped together overnight and you don’t get a feeling that this is coming from a company who is struggling to stay afloat. There was a lot of time and effort put into the different articles, and the campaign itself, giving it some real weight and substance.

The one thing that seems strange to me about all of this is that there isn’t a lot of promotion and fanfare around it. Furthermore, after a little Googling, it looks like this campaign may have been around for a while but there isn’t even a soft launch or any concrete information about it out there. Whatever it is and however it was conceived, I think this is a strong move for a company, no matter what kind of condition they are in, and I applaud EMS for introducing us to goEast. 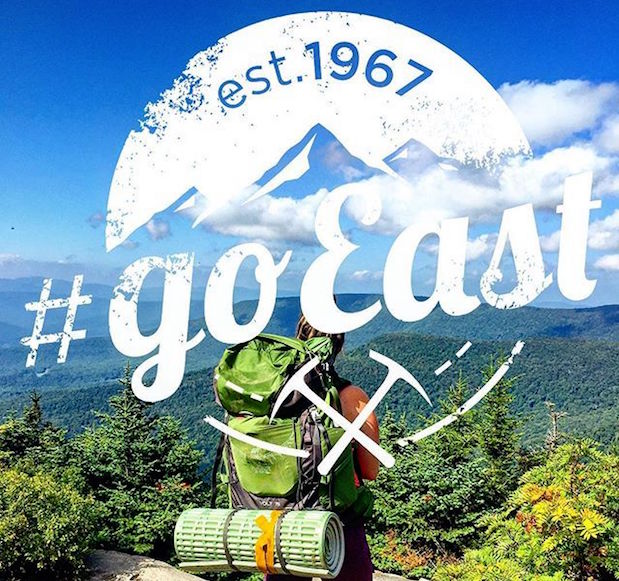 Though goEast is pretty specific to the East Coast – and maybe even New England – it’s worth checking out for anyone planning to head that way for their next adventure. The site offers tips on where to go, what to do, and how to get there. It also offers plenty of good gear tips too, as well as a place for members of the EMS community to share their own adventures.