In the West, with shoulder season in full stride and winter looming but not yet fully upon us, now is the perfect time to think about adventure touring and gravel road riding, as well as fat biking. Trails are often damp this time of year and not great for hiking, not ready for skiing, thus ideal for taking advantage of the growing trend in adventure bikes—cyclocross and fat tire inspired rides ready to make the most of shoulder season. And one particularly sweet place to seize the opportunity is on the west side of the Tetons, in eastern Idaho. 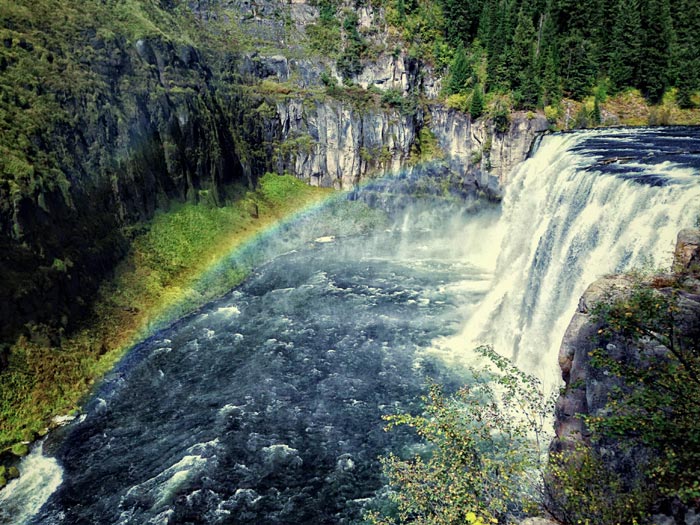 The Place
Yes, people still think of the Tetons as Jackson Hole, Wyoming, for obvious reasons, but right over Teton pass is where much of the true wildness of the area really exists. Tetonia, Driggs and Victor comprise the valley towns and are the county economic seats. There’s less regulation and fewer nationally controlled areas, which means more freedom to move across the landscape. There are hundreds of miles of forest service roads, gravel roads, reclaimed rail beds and single track; and it’s more open for camping without permits. Eastern Idaho still relies on a more traditional economy rooted in agriculture, ranching and guiding services. That said, it’s a bit more wild, than even Wyoming, so mind your manners and be heads up when dealing with locals. 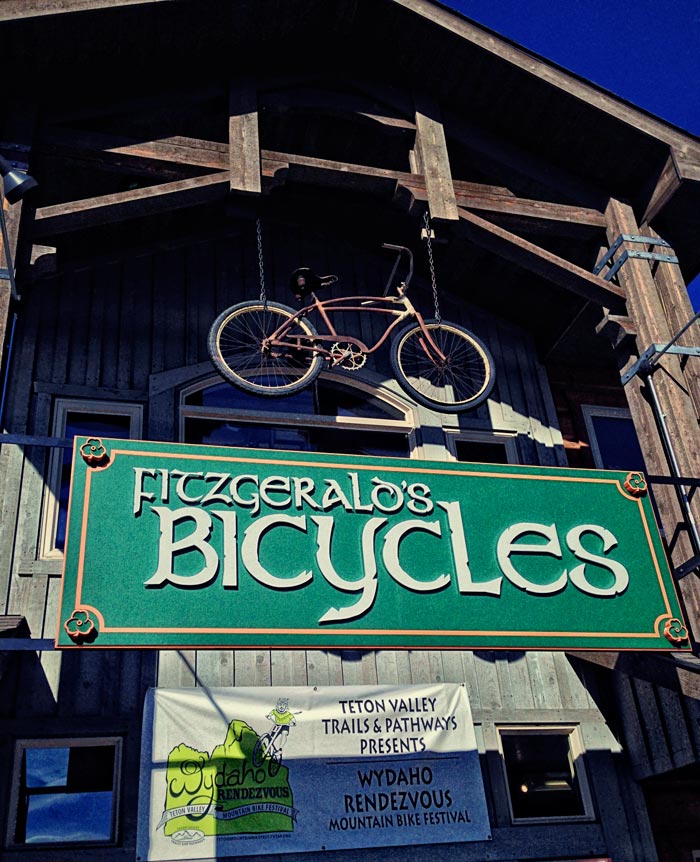 Jackson Hole locals may remember fondly the Fitzgerald Bicycle shop that served as a gathering place, trail resource, and go-to specialty retailer for 10 years. Now just over the pass in Victor, Idaho, the shop still serves that purpose, as well as guiding custom bike touring trips through its Bike Tender outfitter division.

Fitzgerald has capitalized on this wildness to help expand bicycle culture in what is commonly referred to as the Greater Yellowstone Ecosystem. On one of their gravel bike trips, you can see bears, catch wild trout, meet interesting locals, and eat gourmet roadside lunches, all while either camping or staying in lodges ranging from one to five stars. 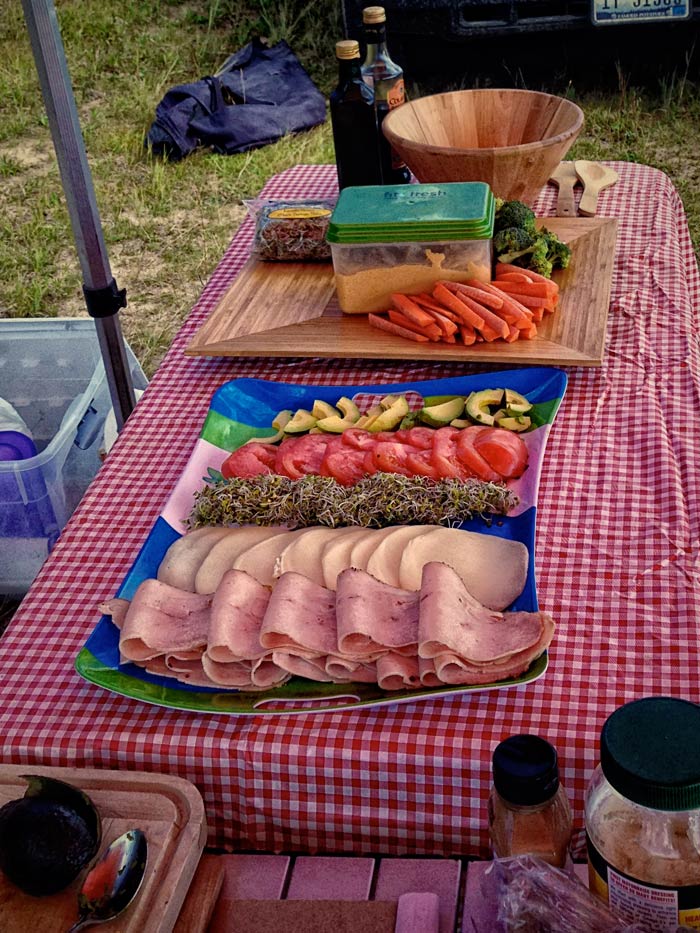 Guide, co-owner, bike fitter and ultra-bad ass Jay Petervary is helping to lead the charge for change in the area.  He stresses that the Bike Tender is primarily driven by logistics management. They don’t do cookie cutter trips. What they do is build custom trips around individual group needs and expectations. “We like to interview a client and cater to their needs. Do they want five star hotels or sleeping outside under the stars? Same thing with the meals…” said Petervary. “For the riding, we like it to be to their ability but challenging as they like to be challenged. And if they need to be hand held we can do that too.” 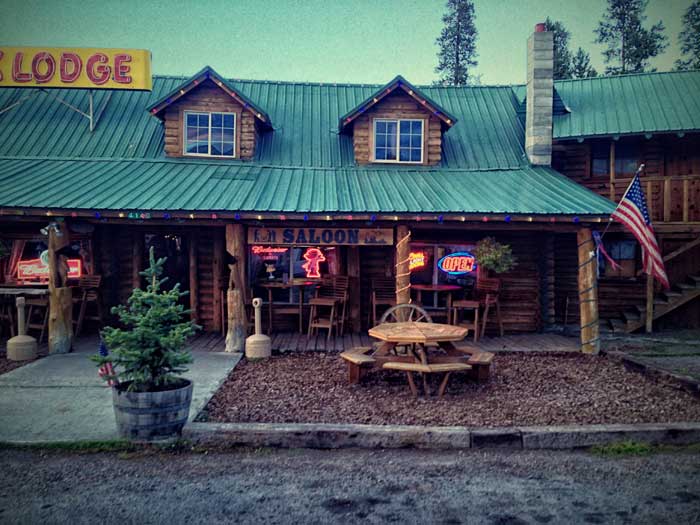 The beauty of this system is that no matter one’s ability level, with the Bike Tender, they can easily see a large portion of the region in under a week’s time. “Silver hairs could ride 10 miles a day if they want and we can drive them to the points of interest,” Petervary says. “If you want to do 100 miles a day, we can do that too.”

“We have such amazing terrain here, so showing it to people and having the gear to show it to them, is what we’re about,” said Scott Fitzgerald of Fitzgerald Bicycles/The Bike Tender. “We have so many amazing gravel roads and dirt roads. Now we’re getting support form the industry; there’s momentum to show people what we have locally here.” 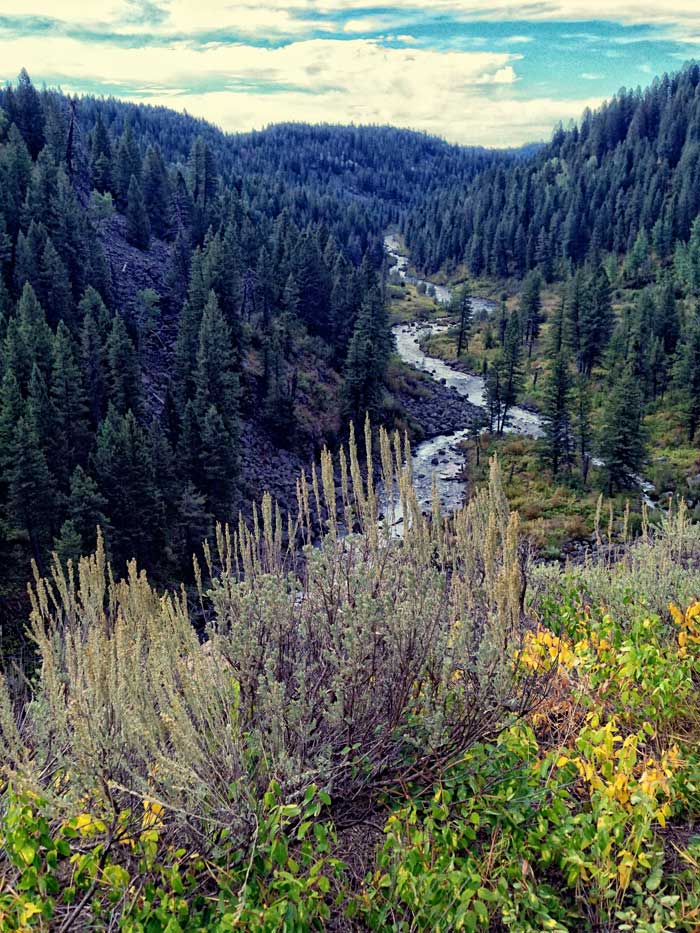 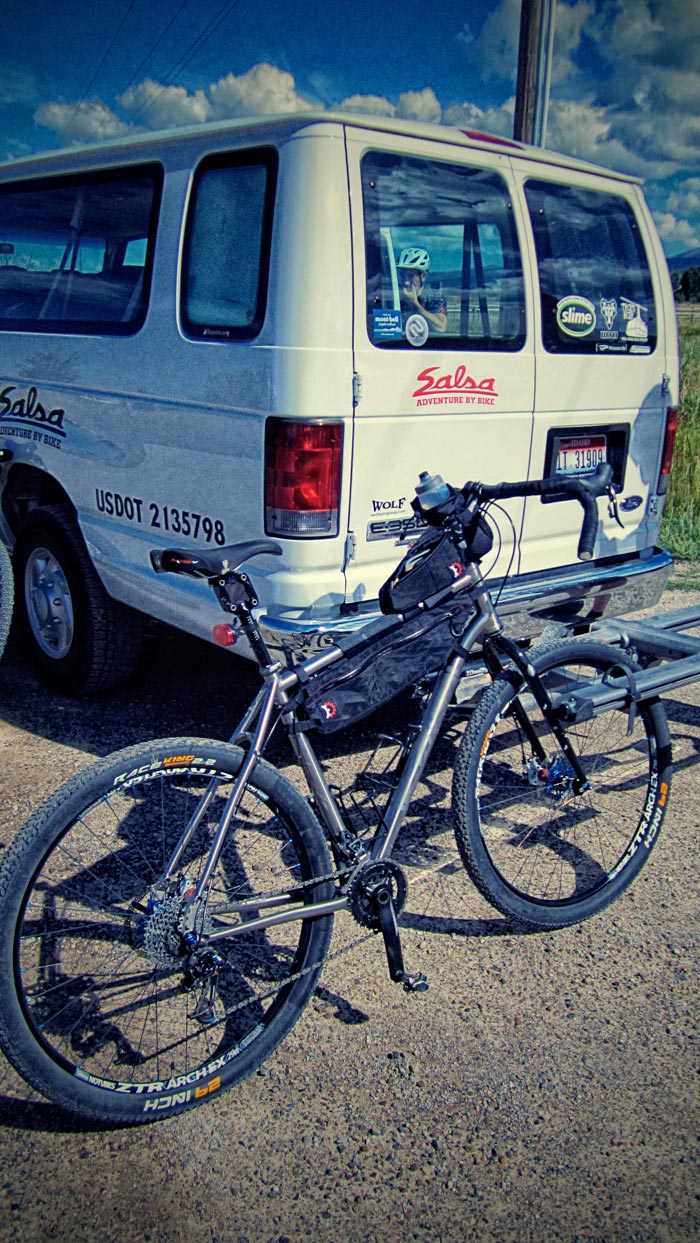 Working serendipitously in tandem with bike expansion in the region is the growing trend toward gravel and adventure biking. For those unfamiliar with the category, equipment ranges from modified 29ers to cyclocross-inspired road bikes to “fat bikes,” which are definitely no longer just a fad.  It’s one of the categories that was turning heads at the recent Interbike trade show, North America’s largest bike industry gathering.

The Salsa Fargo 29er is the primary adventure bike of choice for Fitzgerald Bicycles. It’s a drop-bar mountain bike with 29-inch wheels, either a front shock or shock seat post, soft-sided storage bags for long-distance racing and touring, and flared drops known as wood chippers — around which the bike was basically designed. 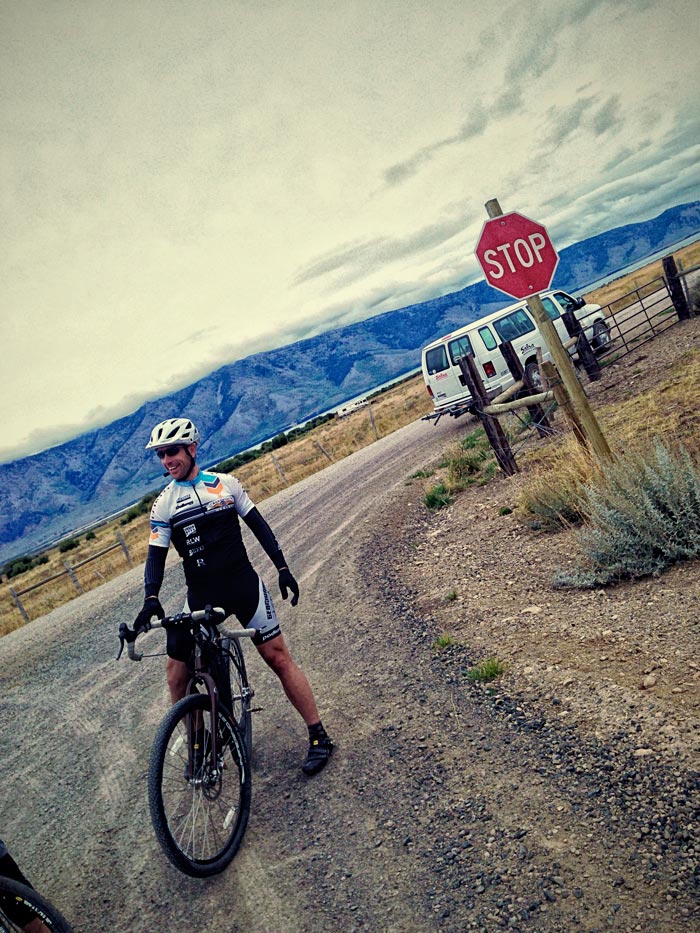 At the recent Outerbike expo in Moab, UT, (the consumer version of Interbike now in its fourth year) fat bikes were all the rage. These versatile ramblers run corners like they’re on rails despite 4.5” wide tires and climb over obstacles with ease. And as a boon to the trend, carbon fiber and other innovations have brought them into competitive weight ranges. Fitzgerald Bikes is known for putting snow biking with these machines on the map. They hosted with first “Fat Bike Summit” last year with QBP Distributor (the massive bike company that owns Salsa and other brands) and invited regional land managers and park officials to let them know about the bikes and started the conversation about allowing them on more trails in more places. “There’s grumbling going on and we want to clear the air. We’re trying to build a tool box of platforms for other people to look at, trail etiquette, hand signals, all of this stuff that is going to help fat bikers become friends with these other user groups,” Petervary said. “It’s growing, and we want to be in front of it.” 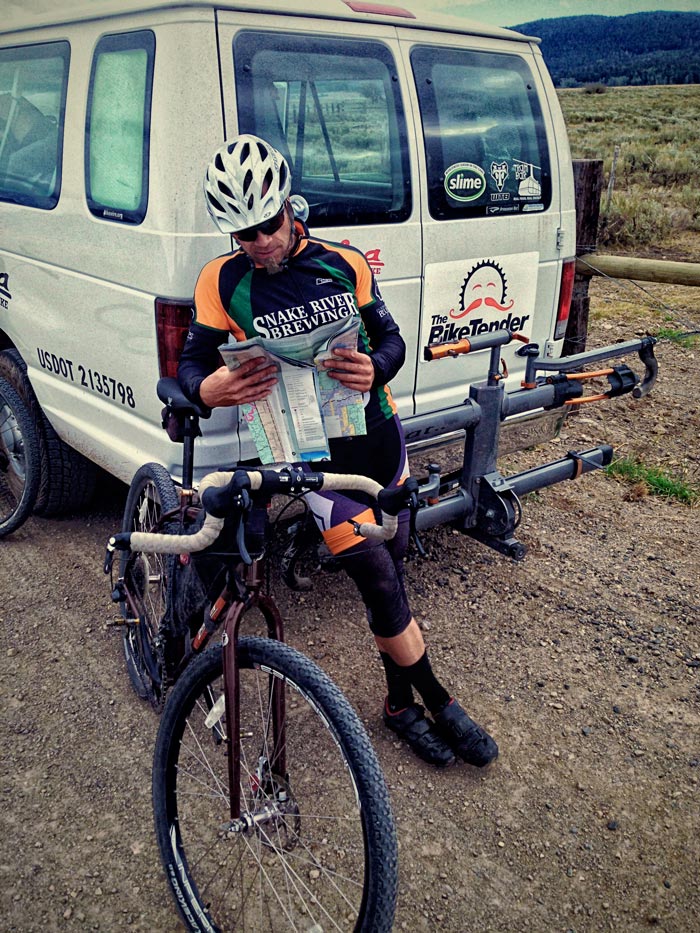 The next burgeoning category trend is what’s being called gravel bikes. They of course have their own magazine and editor Mark Chandler is an expert on the subject. He credits Bianchi’s 700cm multi-terrain bikes and other early, affordable cyclocross bikes by Redline, Salsa and Surly as having “paved the way,” no pun intended. “If you look at Salsa’s gravel models and at their competitors’ bikes, you can see quite a few similarities,” he says. “Commuters are drawn to gravel bikes because of the wider tires, more relaxed geometry, and the disc brakes. My commute combines 3-4 miles of dirt/gravel with 8-9 miles of pavement, and my Vaya does a great job on either surface.”

“My prediction is that we’ll see the category split into competitive and adventure/all-around models,” explained Chandler. “Salsa’s already done that, and I suspect more manufacturers will follow suit. I do think that the adventure or all-around models will see the most growth and market-share, simply because they’re more versatile.” 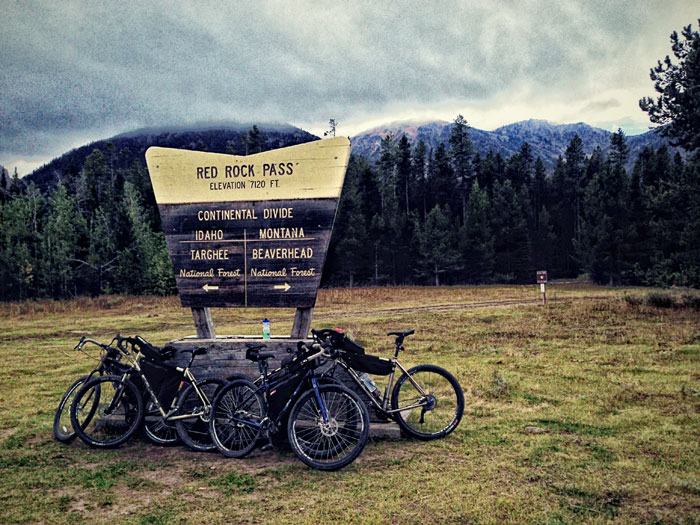