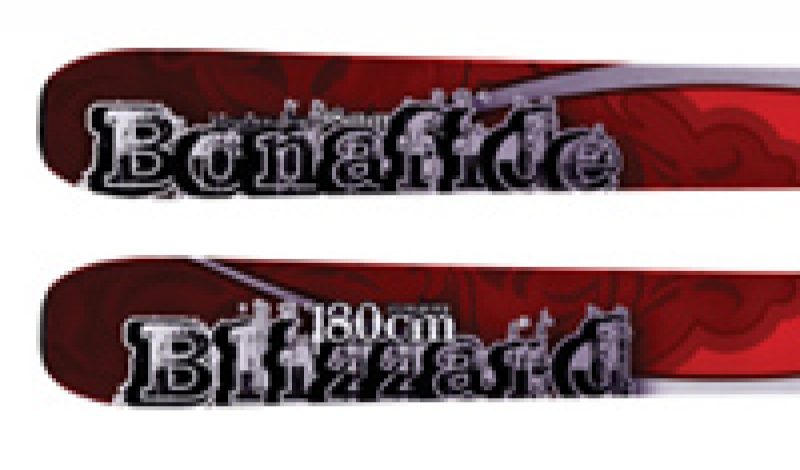 Magazine ski test results have a major impact on retail sales across North America. A kind of Academy Awards for new gear before the snow even falls, when Skiing Magazine named Blizzard’s Cochise its ‘Ski of the Year’ last season, most shops were sold out of the ski before the lifts were even ready to start.

This year, it appears that Blizzard again has an early lead in the ski test results. For all-mountain skis especially, here are three pairs of top testing skis that all of the magazines are raving about.

Blizzard Bonafide
Dimensions: 133/98/118
SKI Magazine calls this all-mountain board “stable, smooth, quick, reactive…” and gives it top marks for its versatility in everything from hard snow to powder to bumps. Freeskier Magazine said of the Bonafide: “The 98 mm waist gives you ample girth to plow through crud,” while OnTheSnow.com called it “a bonafide one ski quiver.” Looks like Blizzard has another hit in the racks.

Volkl Aura
Dimensions: 131-96-114
For women, the Volkl Aura was a multi-magazine standout. SKI said it “swept the category in Stability, Crud, and Hard-Snow Grip. Scoring No. 1 in Overall Impression.” Freeskier also had rave reviews, with one tester saying, “It’s a super stable carver and the wider platform is great for variable conditions.” While OnTheSnow.com gave the slimmer Volkl Kenja the call-out (Dimensions: 127/87/106), saying it was “easier to turn and more oriented toward the one-ski quiver standard.”

Rossignol Experience 98
Dimensions: 139-98-128
OnTheSnow.com also had high marks for Rossi’s Experience 98, a ski with a mix of tip and tail rocker and camber underfoot which, “combined with Rossignol’s Extended Sidecut, (is) detectable at speed when more sidecut is engaged as edge angles increase.” POWDER Magazine tester A.J. Cargill also had high marks for the 98, saying, “This is a race-car feeling, everywhere, everyday kind of ski.” While SKI said, “it’ll thrive in all but the worst Eastern conditions.”

For more information on all of these skis, as well as plenty of other reviews, be sure and check each magazine’s online results at:

(And look for more highlights here, especially when we get a first look at the Mountain Magazine and Outside Magazine ski test results).