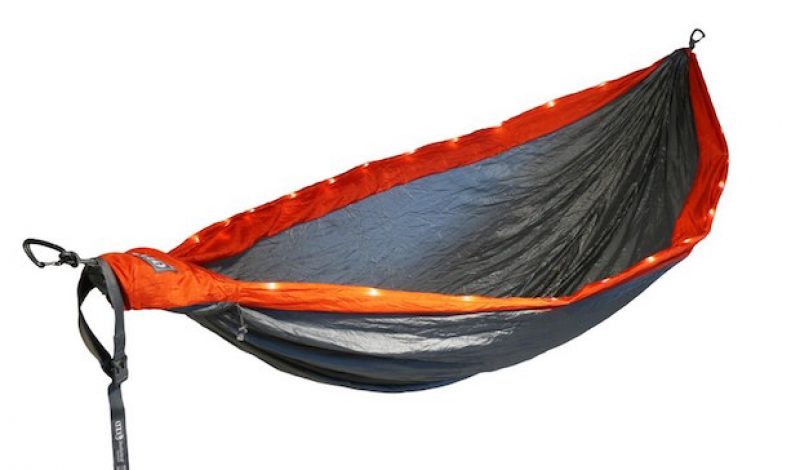 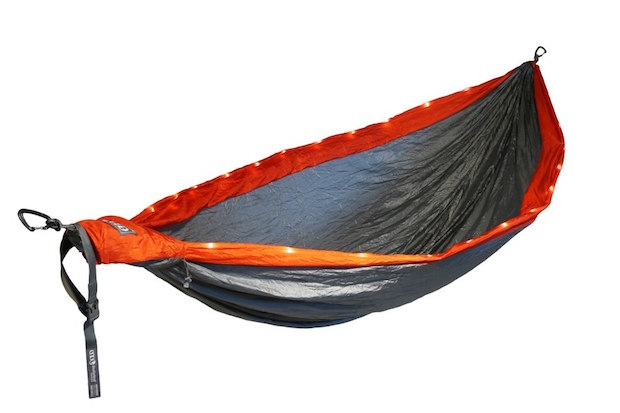 There is no question that the popularity of hammock camping is on the rise, with many outdoor enthusiasts continually raving about how much better they sleep in the backcountry when using one. But the days of the simple piece of cloth strung between two trees are now far behind us, as companies who make the hanging sleep systems look to separate themselves from the competition in an increasingly crowded market. One such company is Eagles Nest Outfitters, whose new DoubleNest LED brings some much-appreciated innovations to the hammock market.

The DoubleNest LED is an upgrade to one of ENO’s best selling products, the standard DoubleNest. This big, comfortable, and lightweight hammock is large enough for two people, yet packs down to a small enough size that it easily fits in your backpack. Tipping the scales at a mere 19 oz., and made from durable nylon fabrics, the DoubleNest is perfect for family outings, car camping, or backpacking. It’s even very affordable at just $70. 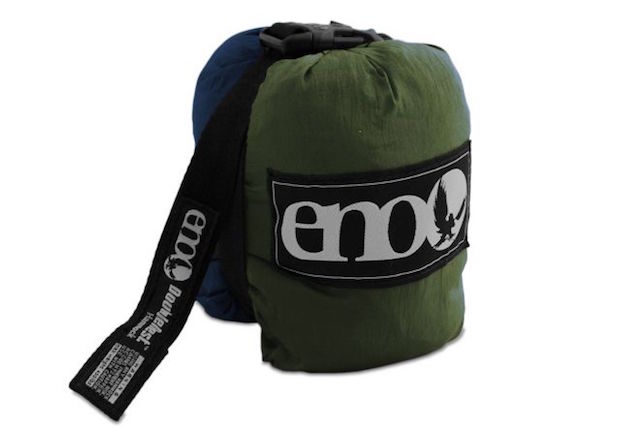 But the LED version of this classic ENO hammock adds some excellent new features, not the least of which is a set of integrated LED lights that are reminiscent of those found in the mtnGLO tents from Big Agnes. The lights run the length of both sides of the hammock and are powered by 3 AAA batteries. Users can select between two levels of brightness or a strobe setting for those times when they’re really feeling psychedelic. The lights are reportedly bright enough to allow you to read while lying in the hammock, and they also make it much easier to find your way back to your hanging bed after heeding the call of nature in the middle of the night.

The DoubleNest LED hammock will also be compatible with ENO’s new self-inflating AirLoft sleeping pad as well. The new pad – which is the first to have been specifically designed for use in a hammock – offers a set of side wings that are designed to provide comfort and support while sleeping suspended off the ground. The AirLoft reportedly weighs 2.8 pounds however, which doesn’t make it an ideal option for backpacking although it will certainly be a nice addition for car campers. 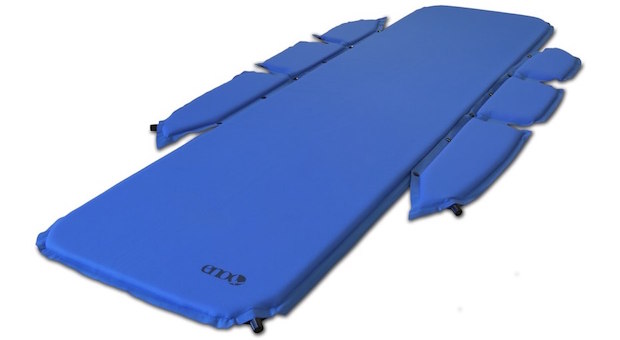 Both the DoubleNest LED and AirLoft are scheduled for release later this year. The hammock is expected to become available in September with an MSRP of $99.95, while the sleeping pad will ship in July at a cost of $94.95. Watch the Eagles Nest Outfitters website for updates and more information.