This week, Columbia is launching the first stormshell to completely eliminate toxic PFCs from its waterproof fabric, a manufacturing milestone outdoor companies have long been striving to achieve in rain wear. The new jacket, the Outdry Extreme Eco Rain Shell, is an evolution of the company’s existing Outdry Extreme fabric that cuts out the last remaining PFCs from the design process.

“Every manufacturer in the outdoor industry has come out to say they want to get rid of PFCs but they don’t know how to do it and keep the performance characteristics they are looking for,” said Columbia spokesperson Scott Trepanier at the company’s launch event in Chamonix, France. 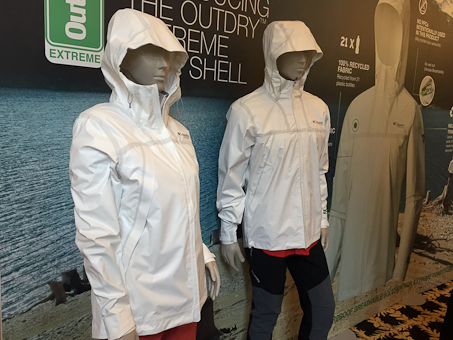 Perflourochemicals, more commonly referred to as PFCs, are toxic chemicals that are mainly found in the DWR (durable water resistant) coating applied to the face fabric of a jacket. The coating prevents a jacket from “wetting out” – a soaking of the outdoor layer of a waterproof jacket that stifles its breathability.

DWR treatments containing PFCs are the only durable treatment the industry has developed to cause water to bead and run off the face of the jacket. However, PFC’s strong molecular bonds—the very thing that allows the DWR to stay adhered to the fabric through repeated washings and daily use—also prevents PFCs from decomposing quickly in the environment, and the half-life of these compounds in a human body is several years. According to the National Institute of Environmental Health Sciences, PFCs have been shown to be toxic in animal studies, although the effects on humans are not clear. 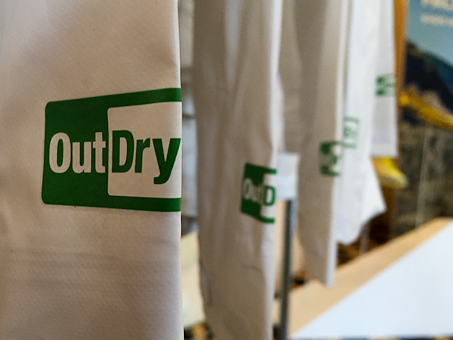 Gear manufacturers have long sought a way to eliminate PFCs from waterproof shells, but no substitute chemical has ever been found that has the hydrophobic qualities and durability of PFCs. Patagonia, Arcteryx and Gore-Tex, for example, have each issued statements indicating that while they search for a viable alternative, they will continue to use PFC-based DWR treatments.

Columbia did not find a substitute for PFC-based DWR treatments, but it eliminated the need for it entirely. While most waterproof jackets have an outer layer of nylon or polyester fabric protecting the waterproof-breathable membrane, Outdry Extreme is designed so that the waterproof membrane itself is on the exterior of the jacket. Because there is no outer layer of fabric left to wet out, there is no need for a DWR coating. 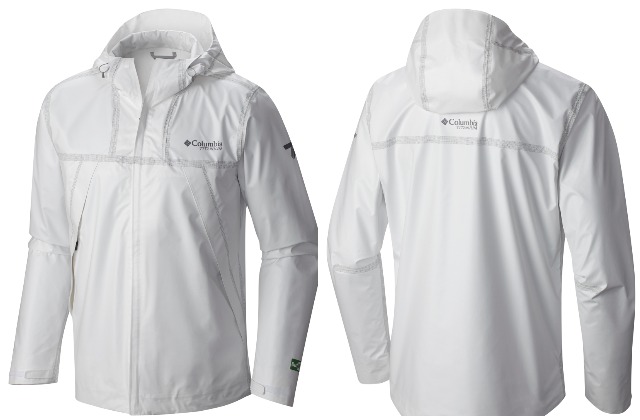 This has been the case since Columbia launched the Outdry Extreme fabric in summer 2015, although the company added a DWR coating to the exterior merely for aesthetic purposes, and some PFC remained in the waterproof membrane itself. Eliminating these two unnecessary uses of the chemical allowed Columbia to reframe its Outdry Extreme material as a sustainable material. The company acknowledges that while a trace amount of PFCs might be found in the product due to contaminated raw materials, the chemicals are not added in a deliberate step in the manufacturing process. 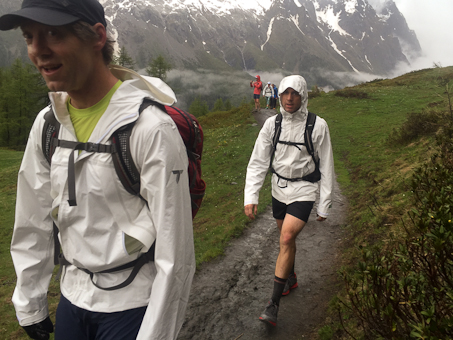 I had a chance to spend several days testing the new jacket as part of a Columbia-sponsored press trip to Chamonix, France and Courmayeur, Italy. The weather cooperated. We spent several days trail running, hiking and biking in a cold, drenching rain interspersed with alpine sleet and fleeting moments of blue sky. Anyone familiar with the Outdry Extreme jackets will notice little new about the new Outdry Extreme Eco material. It’s a nicely breathable, moderately thin, somewhat loud fabric with a little bit of stretch. The showcase jacket itself is a fairly basic, 12 ounce (men’s medium) storm shell with external seam taping, two big pockets that double as vents, a nice hood (non-helmet compatible), with better than average packability. It will be best for hiking, backpacking and sustained rain, but not for anything requiring a helmet or extreme packability or weight efficiency, like trail running. The jackets only come on one color – white – with a glossy, pleathery sheen, but the fabric is almost impervious to staining, so white stayed white even after several days of grinding along with a pack. Muddy mountain bike splatter comes off with a quick wipe. 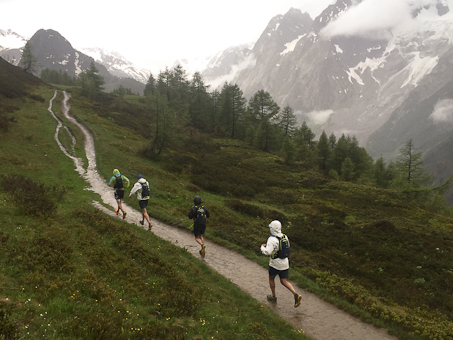 The new Eco line of the Outdry Extreme jackets is also certified by the textile sustainability watchdog group Bluesign, the fabric is dye free, and made from recycled plastic bottles. After its useful life, the jacket can be recycled through the company’s pilot “ReThreads” recycling program, although there are currently only seven participating Columbia stores where you can drop off your old jacket. 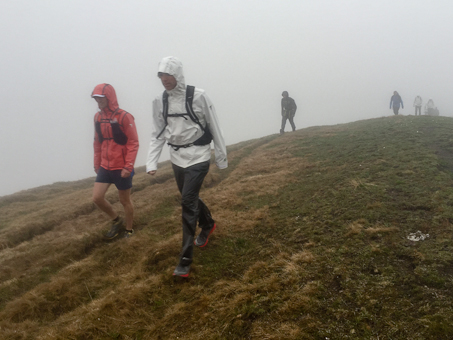 Columbia’s public relations team is careful to note that there have been prior waterproof jackets that were PFC free, but these were lower performance, price-point jackets. The Outdry Extreme jackets are positioned to compete with Gore-Tex, Polartec’s Neoshell, and other top waterproof breathable fabrics. Columbia will not be overhauling its jackets immediately to completely eliminate PFCs throughout the line, although it indicated it plans to expand the PFC-free application when the manufacturing process is what spokesperson Trepanier called “commercially viable” and when the company finds color-fast natural dyes. “When Toyota launched the Prius, Toyota still made a ton of gasoline powered cars,” said Trepanier. “It’s a first step forward.” Columbia will not disclose what other materials are in Outdry Extreme, citing confidential trade secrets.

The Eco version of the Outdry Extreme jackets will launch in a men’s and women’s versions in Spring 2017 and will retail for $199. 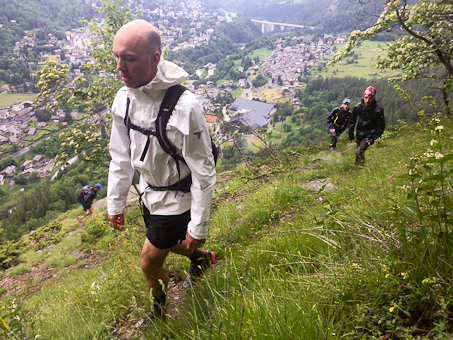 Editor’s note: Columbia Sportswear paid for journalists’ travel to attend the Outdry Extreme Eco launch event in Chamonix, France and samples were provided to each journalist.