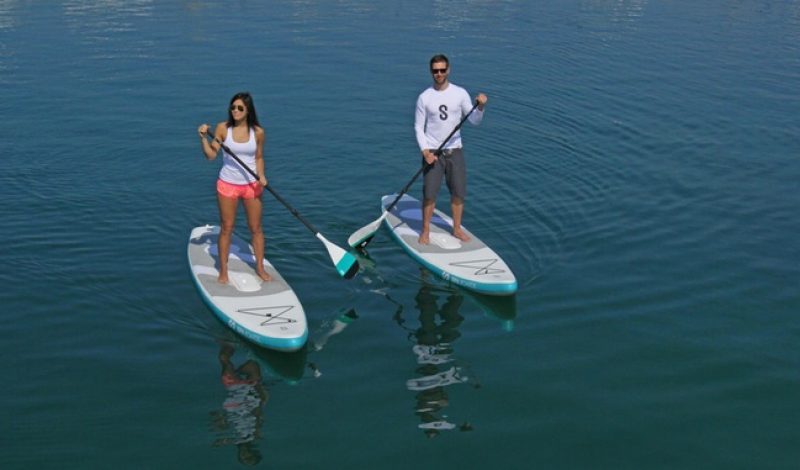 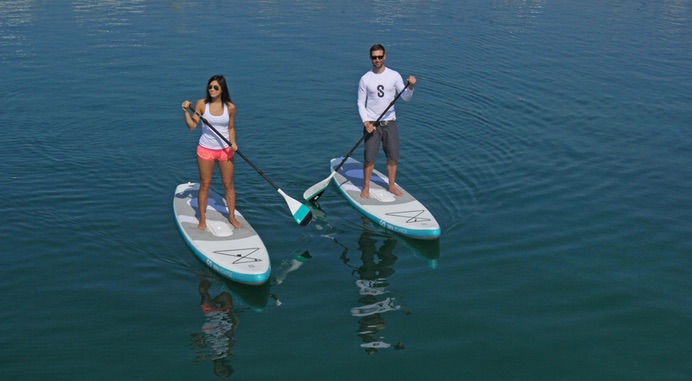 There is no denying that stand-up paddleboarding (SUP) has been one of the fastest growing outdoor activities over the past few years. In fact, some have called it the “fastest growing watersport in the world.” Which is why it shouldn’t be all that surprising that a new Kickstarter campaign for a high-tech inflatable paddleboard is receiving a lot of attention within the SUP community. The new board promises to bring some interesting innovations to the sport that have allowed it to easily exceeded its fund-raising goals.

The SipaBoard is the brainchild of designer Sebastjan Sitar, who came up with the idea after watching his young daughter struggle to paddle her SUP back into shore one day. While the concerned father looked on, he wondered if the situation could be avoided in the future by adding a small electric motor to a paddleobard that would allow it to travel upstream more easily. At the same time, he was also tired of having to pump up the family’s inflatable boards on every outing, and wondered if he could find a more elegant solution for that problem too.

From these ideas the SipaBoard was born. It is the world’s first self-inflating paddleboard, and comes equipped with a specially an electric powered jet engine called the SipaDrive. That motor is used to first inflate the board, and then it seamlessly slips inside a specially designed chamber on the board itself where it can provide thrust while out on the water.

The SipaDrive is capable of cruising for three hours at a sustained speed of 2 knots (2.3 mph), and has a top speed of around 3 knots (3.4 mph) overall. That may not seem very fast, but it should provide some extra propulsion when paddling against the wind or current. A wireless controller built into the SipaBoard’s paddle allows users to engage the engine as needed, and the motor will even automatically disengage if the paddle falls into the water.

When the Kickstarter campaign was launched, the SipaBoard team hoped to raise $150,000 so that they could take their product into production. It has easily exceeded that goal however, and has managed to bring in more than $320,000 as the campaign nears completion. The extra money has allowed the team to hit several stretch goals along the way too, including the creation of a deluxe storage bag for the board, and a companion app for Android and iOS that will provide realtime information on battery life and engine range, as well as GPS tracking of any SUP outings.

Now that it has reached its funding levels, the SipaBoard is expected to go into production in June and July, and begin shipping to backers as early as September. After that, it will become to regular consumers at a price of $2190. That’s a pretty pricey board for sure, but considering everything it can do, I’m sure it will be a success. 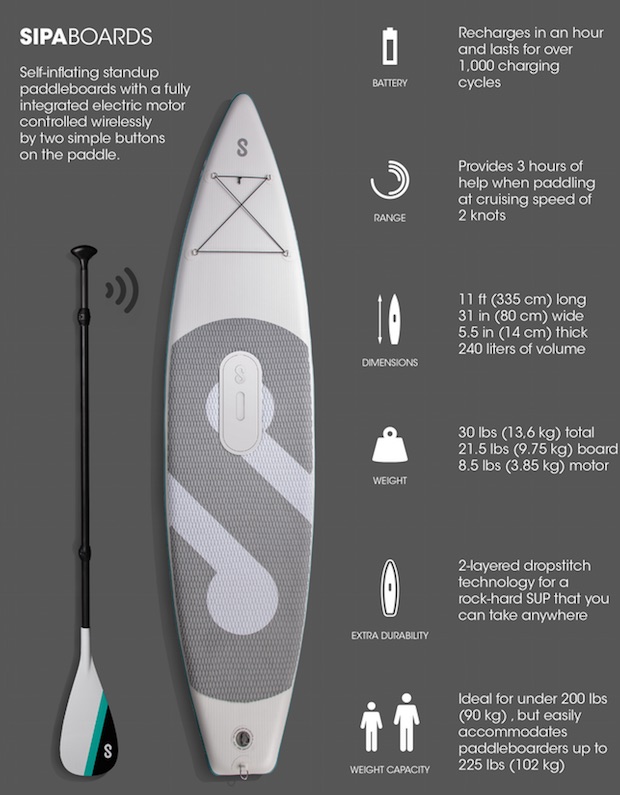