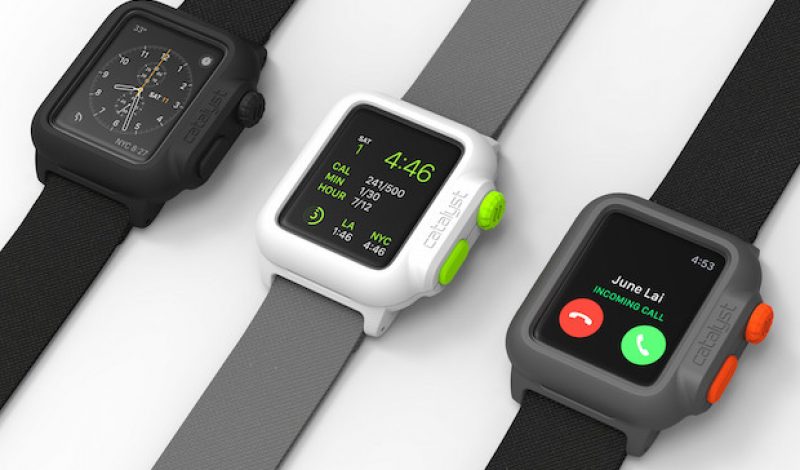 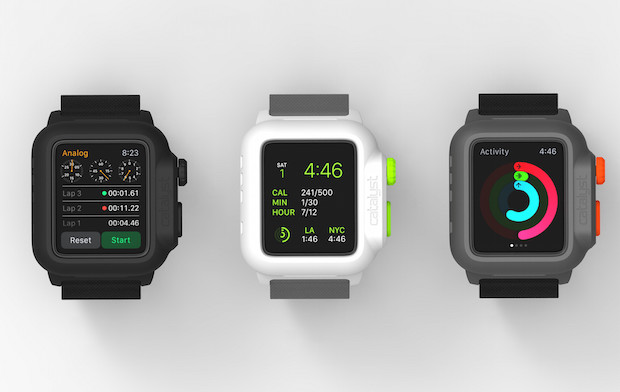 The Apple Watch is one of the first truly useful pieces of wearable technology that we’ve seen hit the market so far. It manages to put notifications, text messages, emails, and other important items on our wrist, without becoming obnoxious or overly distracting. The Watch even makes a good workout tracker, and a worthy travel companion, although it does have one flaw that makes it hard to recommend over timepieces from the likes of Suunto or Garmin – is isn’t waterproof. But a company well known for making ruggedized cases for smartphones will soon offer a similar option for the Apple Watch too, delivering a much higher level of protection for outdoor enthusiasts and adventure travelers who want to take their Watch with them wherever they go.

Catalyst has announced that it has begun taking pre-orders on the first waterproof Apple Watch case, which features IP68 levels of protection from moisture, as well as MIL-SPEC 810G for drops. What does that mean in terms of real world numbers? Well, those numbers translate to the case being completely dust-proof and having the ability to protect the Apple Watch for prolonged immersion in water over 1 meter in depth. Furthermore, the MIL-SPEC rating indicates that the case meets military standards for protection from drops, humidity, and a wide variety of other conditions. In other words, this new case will add significantly to the ruggedness of Apple’s latest gadget. 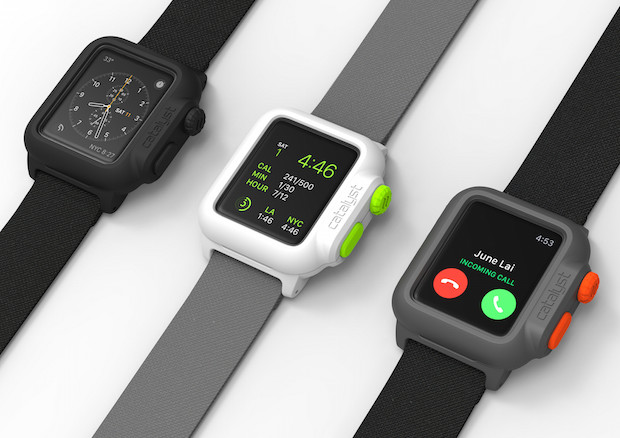 What the case doesn’t add however is a lot of bulk. Catalyst says that it has been built to conform to Apple’s standards for sleek design, and I can vouch for this statement. I had the opportunity to see a pre-production prototype of the case at Outdoor Retailer a few weeks back and came away impressed with how natural it looked when integrated with the Watch. In fact, at first glance it didn’t appear to be an Apple Watch at all, but a new type of smartwatch that was built to perform in demanding environments. The case even allows access to the Watch’s digital crown, touch screen, and heart rate monitor, as well as charging capabilities, without having to take it off.

Those who know their IP ratings probably are wondering just how deep this waterproof case can go while still providing protection for the Watch. Catalyst hasn’t announced any specifics in that regard yet, although since it has earned the IP68 rating, it should function properly down to a considerable depth. We’ll likely know more once the designs have gone final and the company moves beyond the prototyping phase. 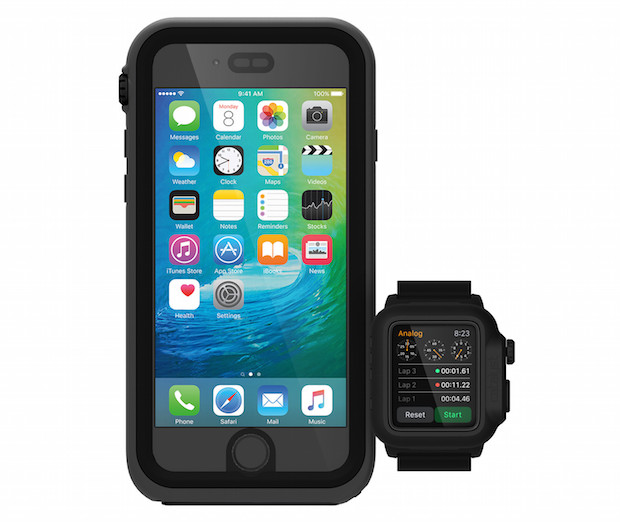 If you’re looking to add a higher level of protection to your Apple Watch, then keep an eye out for this case. It looks like it will greatly up the ante in terms of protection for the wearable, without breaking the bank in te process. The case will carry a price tag of $59.95 when it begins shipping in November.