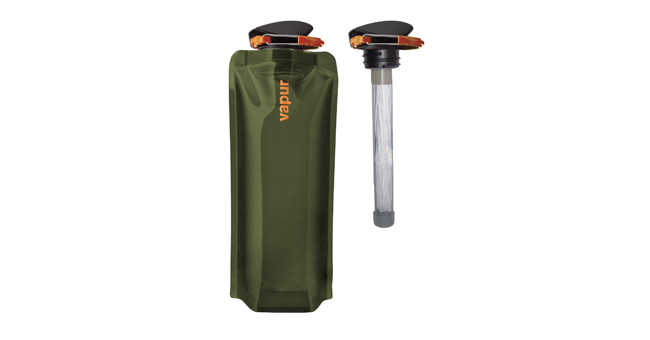 We’ve been scratching our heads—is the Vapur a water bottle or a hydration bladder? To the options, now add “water filter.”

Vapur’s collapsible bottles are some of the lightest (and certainly the most packable) water bottles on the market. Starting in the Fall, Vapur’s MicroFilter will comes with a filtration system that removes bacteria, protozoa, and murky filth from drinking water. It has a lifespan of 1,000 liters, which makes it, according to the company, the lightest filter of its capacity in the world. 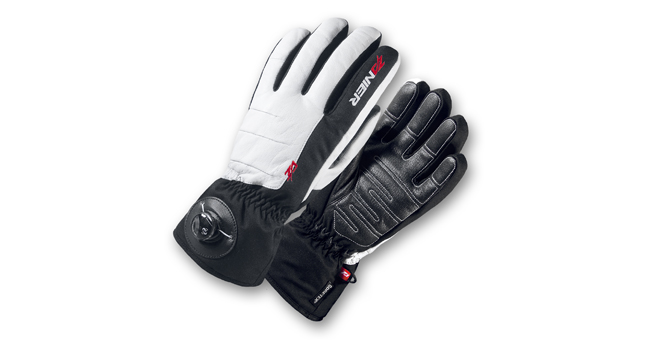 The BOA closure system continues its spread into just about every kind of outdoor gear. After boots, running shoes, helmets, and even tents, next year the system will start showing up in gloves, starting with Zanier’s Revolution GTX. A quick turn of a dial on the glove’s cuff tightens a built-in lace on the pinky and thumb side seams. “The result is a precision, custom fit to the palm and a no bulk between the glove and jacket,” according to the company’s press release. 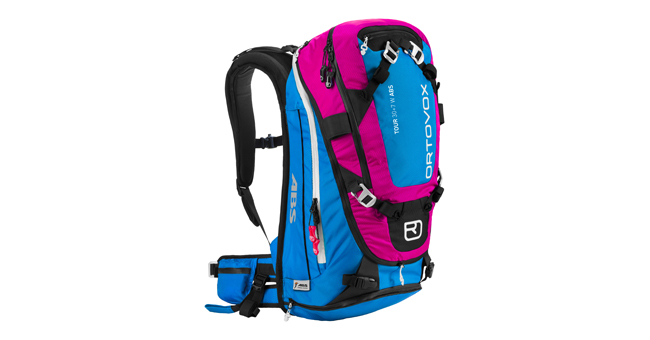 We love that Ortovox is looping women into the avalanche airbag trend. All it takes is making a pack with ergonomic harness straps and shorter frames designed for women’s bodies, and the Tour 30+7 W ABS is the first to market with those female specific features. It comes with a removable avalanche airbag system and all the features you need in a backcountry ski pack—shovel and probe pockets, multiple ski and snowboard carry options, enough room for some spare gear, crampons, and a ham sammy, and zippers that will resist clogging with ice. $1,203. 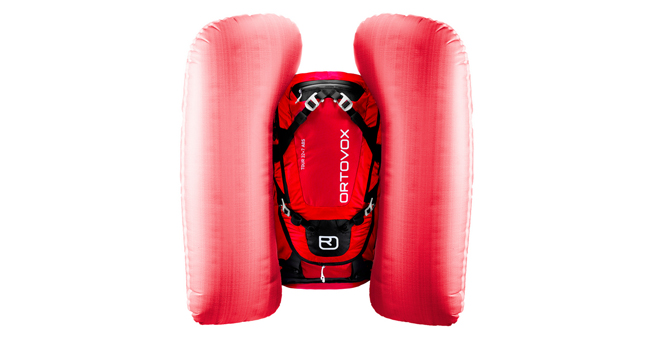 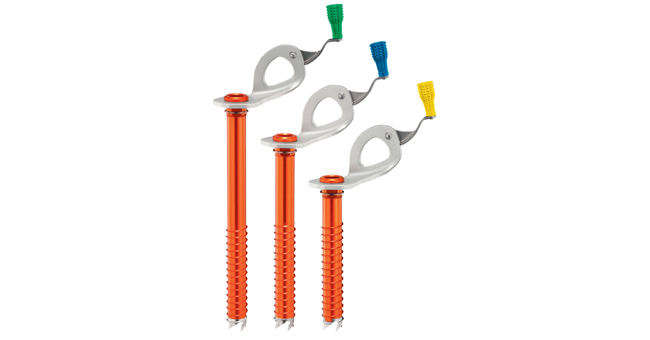 Steel is strong, holds an edge, and is heavy. Aluminum is light but dulls quickly. Petzl’s Laser ice screws combine the best properties of both. The design uses an aluminum tube to minimize weight, and steel teeth for bite and durability, and makes it—according to Petzl—it one of the lightest screws ever made. Smart. They are also make for very impressive cocktail straws. 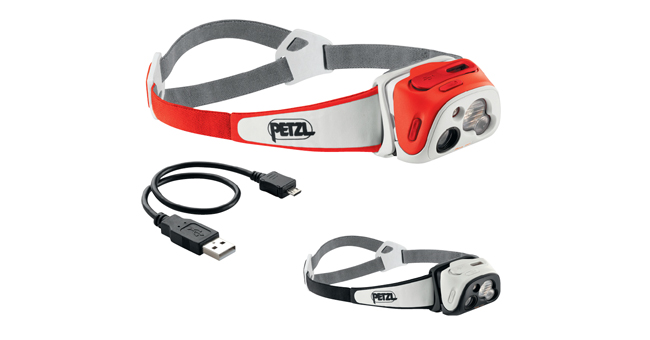 Petzl’s “reactive” lighting hit last year’s winter show in a blinding blaze of glory. The technology automatically dims or boosts the light whenever its needed, saving power, preserving your night eyes, and avoiding the need to constantly futz with the light. The Tikka RXP delivers the technology in a much more compact lamp than the original Nao. The Tikka RXP weighs just four ounces, but blasts out 180 lumens and comes with a USB-rechargable lithium ion power option. The spotlight is still on over at Petzl. 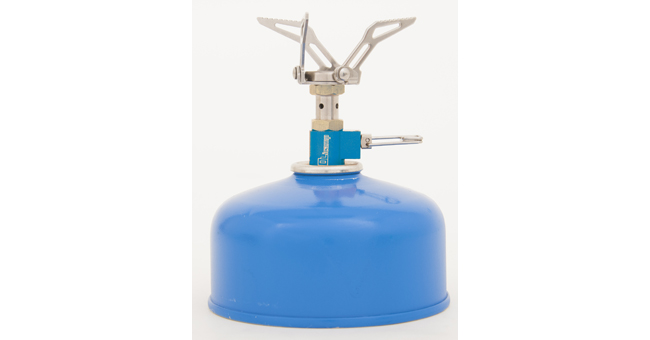 With the Olicamp ION Micro, Liberty Mountain can trot out a few impressive superlatives. It’s simultaneously the smallest (1.25 inches by 2 inches), lightest (1.5 ounces), and most compact butane stove on the market, the company says. We can’t verify any of that from the show floor, but we can confirm the thing is crazy small. It’s made from titanium with stainless steel pot supports for a balance between strength, minimal size and weight, and claims a boil time of 4 minutes, 20 seconds. 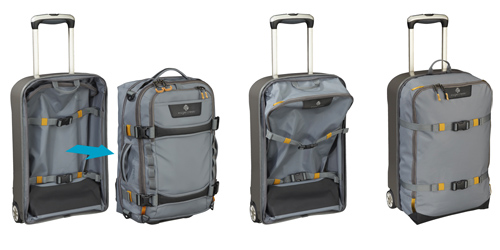 The Eagle Creek Morphus is a shape-shifter—a upright, half-polycarbonate bag that morphs into two full-sized travel bags. Zip off the front conversion bag, pull out the full-size shell that lives inside and now serves as a second ultra-durable full-size bag. Wheel this new full size option and throw the zip-off on your back. It bridges the gap between adventure travel and in-law travel. 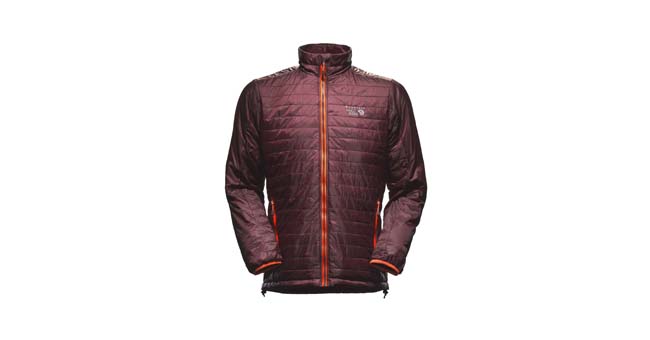 In the battle between geese and gear designers, so far the geese have won. No one has created an insulation as warm, light, and compressible as goose down. But this year, Mountain Hardwear is making some bold claims to getting closer than anyone else.

In Fall 2013, Mountain Hardwear will launch its new synthetic insulation, Thermal.Q Elite. The stuff is designed to mimic the structure of down using stiff fibers “to create a unique 3D grid structure” and fine fibers to fill in the gaps the structure creates. “The result is synthetic insulation that is 20% warmer for its weight than the nearest competitor, with better compression rebound,” the company claims. “Thermal.Q Elite is, ounce for ounce, the warmest synthetic insulation ever made.” The system will show up in several styles in MH’s Fall 2013 line, including the 10-ounce Thermostatic Jacket, seen here. $200. 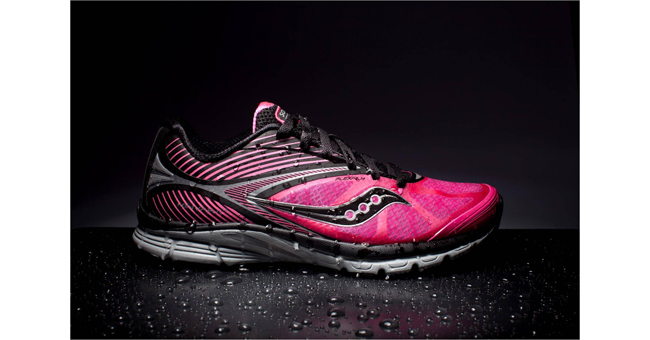 Pacific northwest road runners, take note. The Kinvara—Saucony’s flagship 4-mm drop shoe, and one of the most popular running shoes on the market (having sold 2 million pairs)—is getting dressed up for winter. The new Kinvara 4 will come with a GTX membrane, giving moderate midfoot runners and semi-minimalists the all-weather protection that’s typically only found in bulky hybrid shoes, and the rare, traditional road shoe. Even with the waterproof membrane, this shoe will weigh only 8.3 ounces, making it one of the lightest Gore-Tex running shoes on the market. 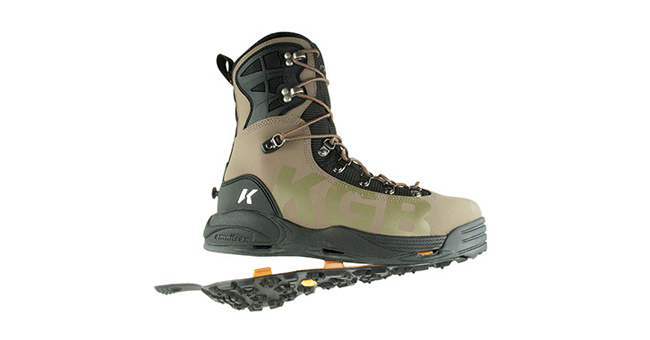 Interchangeable soles! Vibram has partnered with Korkers to develop a removable sole system that allows users to opt for one with metal studs and aggressive bite on ice, and another sole named Vibram Ice Trek, which is tuned for winter and doesn’t have spikes but will rip up your hardwood floors.