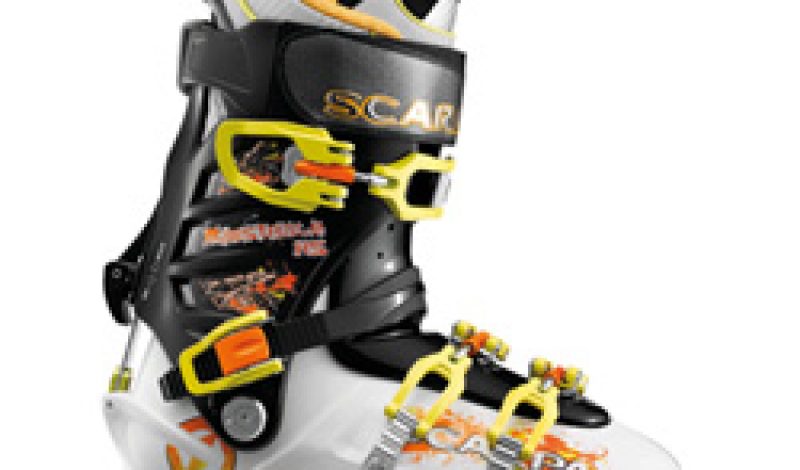 Jeff Burke put the best backcountry and sidecountry boots head-to-head, rating them on walkability, power, comfort, and value. Here’s what he found. 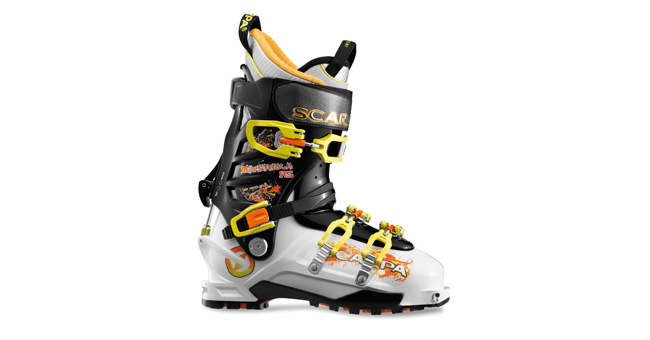 The Scarpa Maestrale RS is an upgraded four-buckle Alpine Touring Boot with a self-proclaimed 120 flex for all things backcountry.

Verdict: This year (Winter 2012-13) Scarpa upgraded the Maestrale, which was already good boot, and made it bad ass. The flex is notably stiffer, but the boot didn’t gain any significant weight. Scarpa has made gains in balancing substantial tour-ability with high performance on the down. It can hold its own in bounds, but it really shines in the backcountry. 6 lbs, 14 oz; $700; scarpa.com 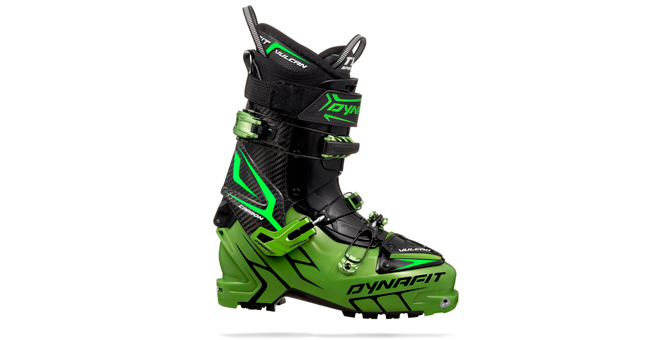 Verdict: No question—the Vulcan is an excellent AT boot that can tour and ski any and all backcountry conditions. It’s light and nimble, but very stiff—with a serious strength to weight ratio, and the boot has more everyday-user appeal than Dynafit’s popular TLT5. We really liked this boot, but the steep, $1,000 price takes some thunder out of our applause. 7 lbs, 2 oz; $1,000; dynafit.com 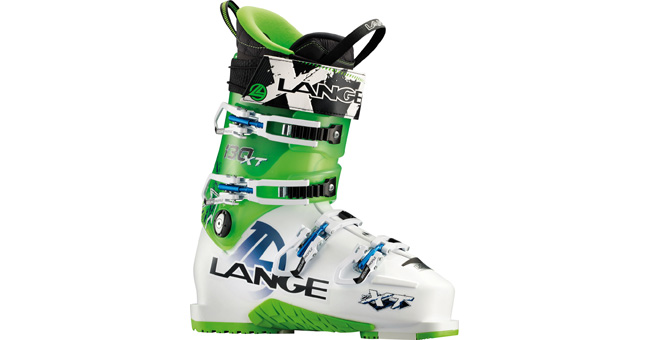 The Lange XT 130 is a four-buckle freeride boot with a walk mode.

Verdict: The Lange XT 130 is a performance-driven option that can drive any ski around the resorts in true alpine fashion, but will have no problem bootpacking or skinning just outside the gates. The flex might not be quite 130, but it’s the consistency that shines more than the stiffness. Long tours? Not it’s forte. 9 lbs, 9 oz; $900; lange-boots.com 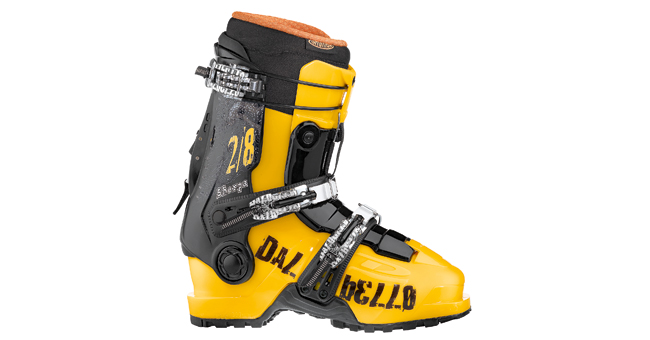 The Dalbello 2/8 is a three-buckle, freeride-oriented Alpine Touring boot, designed to spend 80-percent of its time in the backcountry, 20-percent frontside.

Verdict: The 2/8 is ostensibly an 80-percent backcountry boot, but we felt it’s talents were best realized charging around a resort and nearby sidecountry. The rockered sole and ergonomic walk mode excel in bootpacking to harder-to-reach sidecountry stashes, and the boot still has the chops to kill the line in view of the après patio. Because the 2/8 isn’t quite as stiff as a Scarpa Hurricane Pro or Lange XT130, tech fittings would have given this boot a serious boost in tourability—and overall value. 8 lbs; $650; dalbello.it 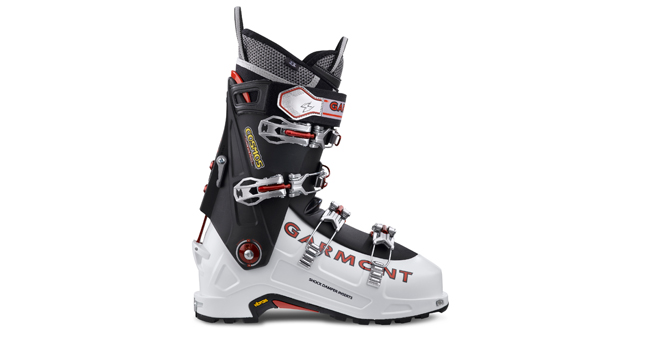 The Garmont Cosmos is an extremely lightweight, four buckle AT boot, with a claimed flex of 125.

Verdict: The Cosmos is a very comfortable alpine touring boot, with welcoming fit and a forgiving on-snow feel being its primary virtues. It’s light and agile, ideal for longer backcountry days and more technical ski mountaineering objectives, though the power for this four-buckle boot leaves room for improvement. 6 lbs, 6 oz; $700; garmontusa.com 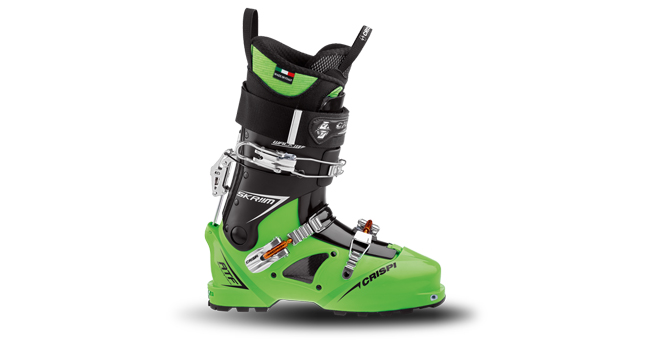 The Crispi Skr!!m is a three buckle, alpine touring ski boot made of Pebax with a Vibram outsole.

Verdict: The Skr!!m is a full on AT boot that is best suited for chasing powder deep in the backcountry. The modest stiffness is similar to the Garmont Cosmos, with which it shares the highly lauded and comparable day-long comfort. Bottom line: the boot can do everything expected of it, but the Skr!!m didn’t shine above the others in this category for either touring or skiing performance. 6 lbs, 15 oz; $750; crispi.it 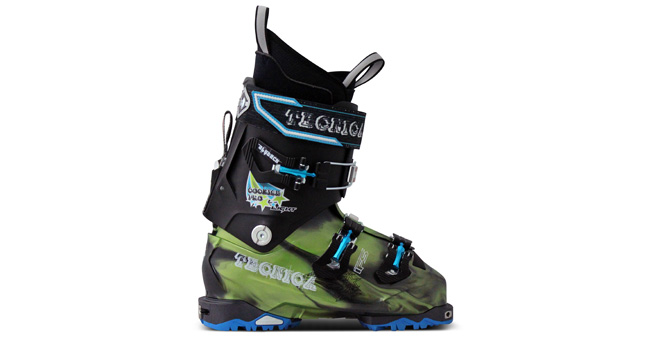 The Tecnica Cochise Pro Light is a lightweight, three-buckle touring version of a proven freeride champ, with self-proclaimed 120 flex and tech or DIN soles.

Verdict: The Cochise Pro Light is an excellent hybrid of Freeride and touring DNA. The overlap cuff design provides a consistent, predictable flex, and the interchangeable tech soles and AFD give it versatility and sole longevity. It’s not as stiff as it looks, but it’s not as heavy either. Get the Tecnica Cochise Pro (more like the Lange XT 130, but with tech fittings) if you want to charge around the resorts. Save the Light for sweat-labor adventure deep in the hills. 7 lbs; $900; shop.tecnica.com

Several of these tests were done in conjunction with Outside and Backcountry magazine’s winter ski test. The Gear Institute is grateful for their support.