Beartooth Turns Your Smartphone Into A High-Tech Walkie Talkie 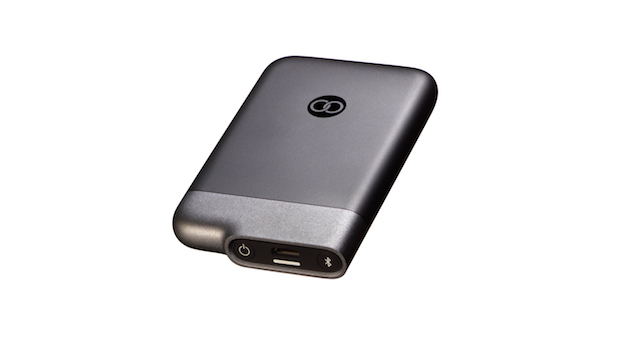 We’ve seen some innovative new products in recent months that are designed to help keep us in contact with one another, even when traveling through places where cell coverage doesn’t exist. For instance, we took a look at the GoTenna awhile back and found it to be a surprisingly good way to communicate using text messaging while off the grid. We’re also hotly anticipating the FOGO, a gadget that combines the functionality of a walkie talkie, GPS navigator, and fitness tracker into a single device. Now, a new product has emerged on the scene that promises to change the way we communicate in the backcountry forever.

The Beartooth is a new gadget that was purpose built to allow voice and text communications in environments where cell networks are unreliable or nonexistent. The device is the brainchild of Kevin Ames and Michael Monaghan, two residents of Bozeman, Montana. They came up with the idea while skiing the infamous Bridger Bowl and finding themselves out of contact for several hours. After reconnecting, they decided to build a product that would overcome this challenge, and thus the Beartooth was born. 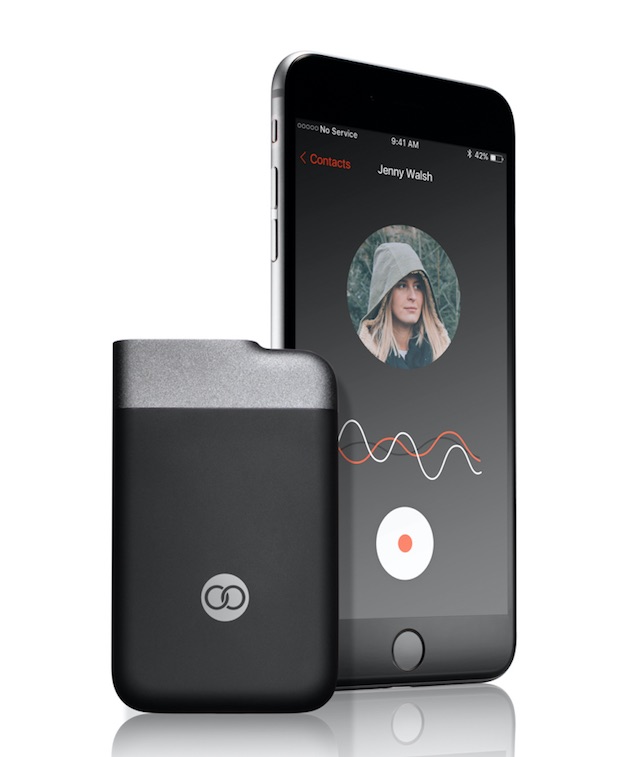 Small and compact, the device connects to a smartphone (iPhone or Android) via Bluetooth. A special app than allows Beartooth users to send text and voice messages to one another over a distance of up to two miles. The service even supports push to talk technology, and group messaging, making it easier than ever for entire teams to stay in contact in remote places.

In addition to its communications features, the Beartooth has a couple of other nice tricks up its sleeve. For instance, it also has built-in GPS tracking and the ability to share your location with other users. That location is displayed on detailed maps, which can be downloaded and used offline. The device also comes equipped with a 3000 mAh battery and a USB port, allowing it to keep your smartphone charged for a full day of use in the backcountry. 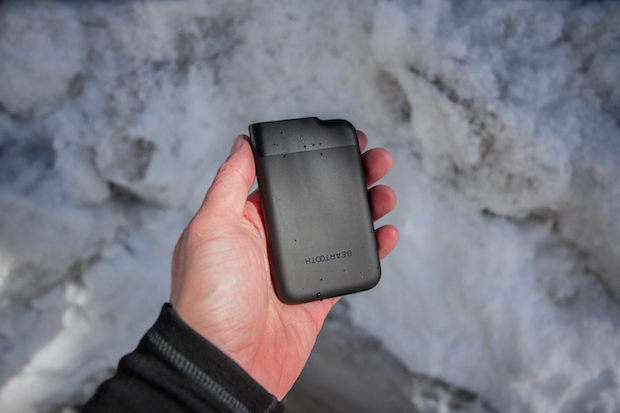 Preorders for the Beartooth began today, with the intention of shipping the gadget later this year. It will sell in packs of two for $399, but earlybird backers will be able to get one for just $249. That’s seems like a relatively bargain for a potentially game-changing communications tool.

Checkout the video below to see the Beartooth in action and find out more at Beartooth.com.