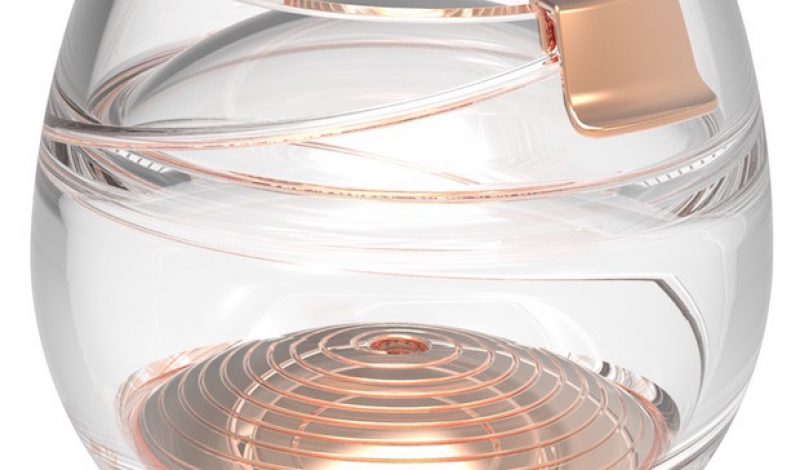 Yes, you read the headline correctly. Ballantine’s just made a glass designed to allow astronauts to drink scotch in the zero gravity environment of space. This is possibly the most appropriate usage of the term “light years ahead of its time” ever, as the whisky manufacturer sets out to design the perfect drinking vessel for space travel.

The glass is designed around basic physics principles combined in a beautifully intelligent way. The whisky is injected through a port on the bottom of the glass and floats inside a closed chamber that allows it to “breathe” with accompanying air. To drink, an astronaut must simply “sip” on a mouthpiece that pulls the liquid through a single helix around the outer surface of the glass. For a beautiful demonstration of this liquor ballet, take a look at the video below.

Ballantine’s hired James Parr from Open Space Agency to design this masterpiece. The requirements were high as the glass had to function in a similar way to what we’re used to here on earth; a firm hand-held chamber that you can swirl and sip from that doesn’t allow the beverage to easily escape. The team meticulously studied liquid behavior in zero gravity and dropped the prototypes to reproduce micro-gravity in the ZARM Drop Tower in Bremen, Germany. As an aside, no Ballantine’s employees were dropped with the glass for testing; it was just filmed.

The Space Glass is made of high-end materials that are designed to be easily replicated in space. For instance, Ballantine’s uses 3D Printed Rose Gold for the mouthpiece and base, which serve as both a nod to the gold that is used on spacesuit sun visors, and a material that doesn’t affect the whisky’s taste. The base of the glass is a powerful 10kg magnet that holds it firmly in place on any metal table, something that is important in the weightless environments of space. The base also features a one-way valve that fits any standard Ballantine’s bottle, allowing the liquid to enter the holding chamber. The “glass” viewing dome is actually 3D printed plastic, which is something that could also be easily produced on a spacecraft. 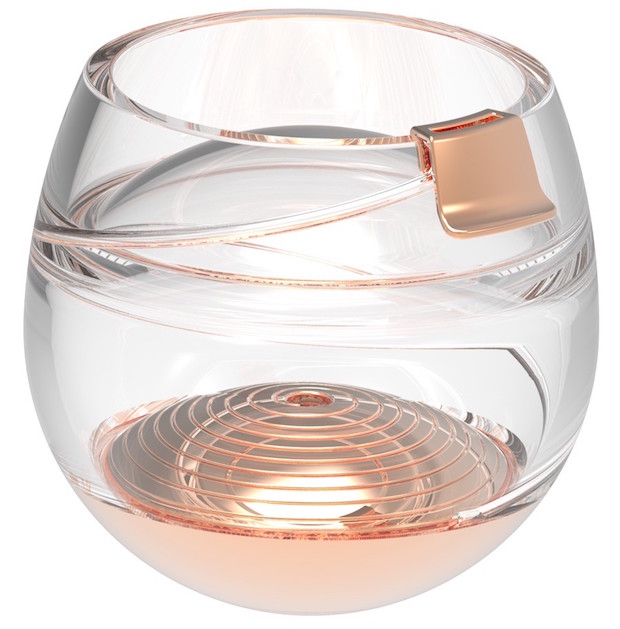 When discussing how the glass is used, Parr has this to say: “We are using inertia and the notion that the whisky will stay at rest while the bottle and the glass is moved around the resting liquid. Motion one pulls the whisky into the base of the glass, then motion two is to roll the whisky in your hand and let the heat transfer through the metal base into the liquid itself. Step three involves then moving the glass down prior to moving your nose into the space where the vapors are resting. The final motion is to move the glass upwards to capture the liquid in the base plate and let it enter your mouth.”

As if that weren’t impressive enough, Ballantine’s has even produced a Limited Edition, Special Batch Ballantine’s Space Whisky. We’ll leave that for another review however as we work on acquiring a sample for, uh, science. *Cough* 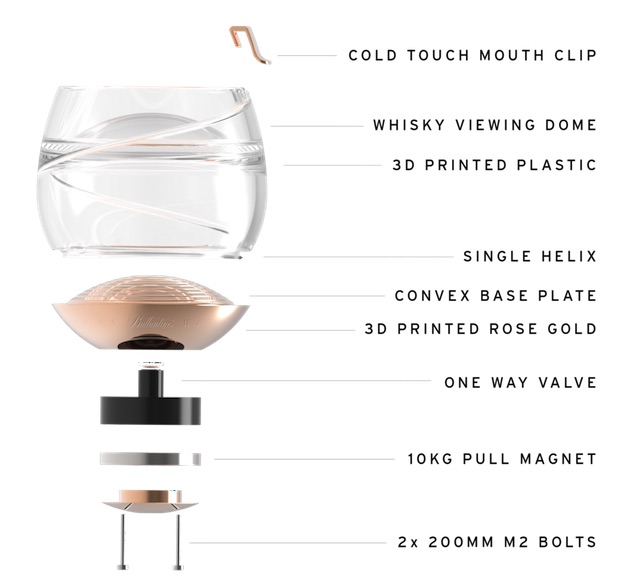 Unfortunately, you can’t purchase the glass anywhere, or the Limited Edition Space Whisky. However, if you start traing now, perhaps you can be on that spacecraft when it’s launched with this precious cargo. In the meantime, check out the drop tests in the following video: