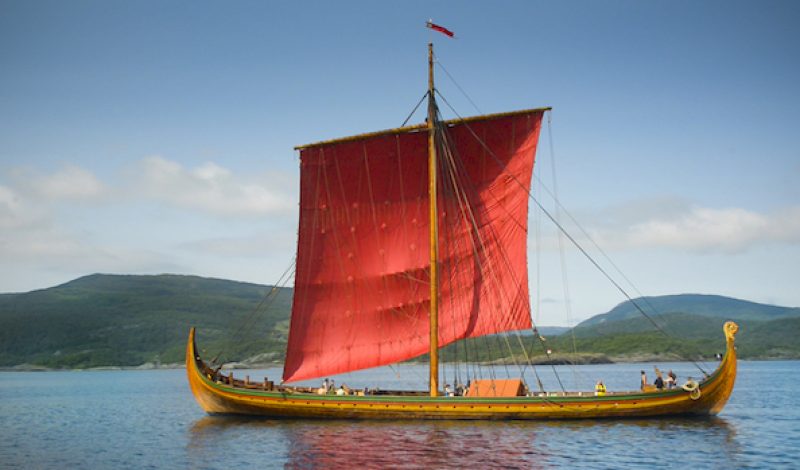 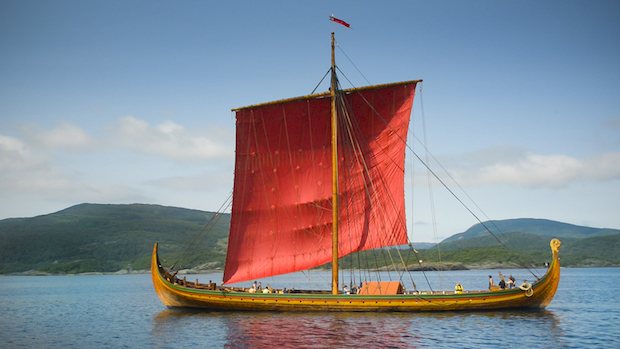 On Sunday, April 24 a crew of 16 sailors will set out on what promises to be the voyage of a lifetime – aboard a ship that looks as if it has sailed right out of the past. The Draken Harald Håragre has been carefully constructed using techniques and designs from Norway’s Viking past, and it has been built to undertake an epic journey, dubbed Expedition America 2016, crossing thousands of miles of open water between Europe and North America.

The Viking ship – the largest ever constructed – will depart from Vibrandsøy, Haugesund, Norway this weekend, sailing west across the Atlantic. Their first stop will be in Reykjavik, Iceland, which the crew hopes to reach by May 1. After that, they’ll sail on to Qaqortoq, Greenland, before proceeding across the dangerous Davis Strait to reach Newfoundland, Canada where the Draken will dock at L’anse aux Meadows, a town that grew from the roots an early Viking settlement. 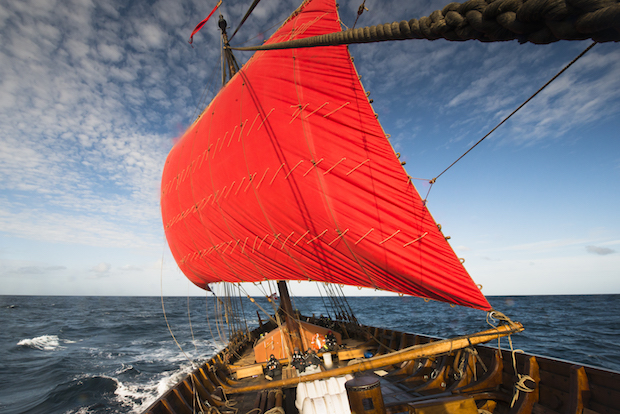 The route they’ll take across the Atlantic will pass through frigid waters filled with icebergs. In fact, they’ll sail a thousand miles further north than the Titanic, which should give you an indication of the dangers they’ll face. It is the same route that Viking explorers took from 750-1100 AD, when they made regular voyages to North America, arriving on the continent hundreds of years before Columbus. This expedition is meant to recreate those conditions and provide a better understanding of how the Vikings traveled far and wide in an age when exploration wasn’t all that common just yet.

With its sleeping quarters and open air kitchen, the Draken can accommodate up to 16 crew members at any given time. Those sailors will man the vessel in 4 hour shifts throughout the voyage, ensuring that it stays on course and successfully navigates the treacherous waters of the North Atlantic along the way Some of those crew members will remain aboard for the entire voyage, while others will come and go at various points along the way. 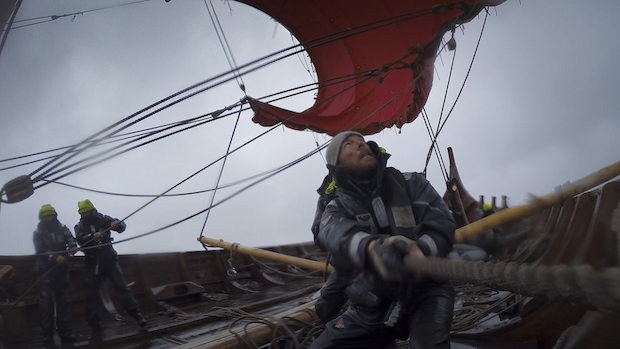 After arriving in Newfoundland, the crew of the Draken will eventually turn south and then sail into the Gulf of St. Lawrence. Sailing up river, their route will take them into the Great Lakes, where they’ll spend the summer visiting places like Toronto, Green Bay, and Duluth. The voyage will eventually wrap up in New York in September, after sailing for thousands of miles across ocean, rivers, and lakes.

You’ll be able to follow their progress on the Expedition America website or on the Draken’s Facebook page. It should be quite an adventure to watch unfold.

(All photos courtesy of Peder Jacobsson)