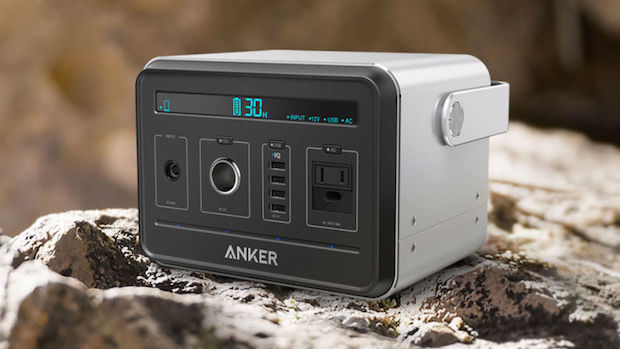 Last week we showed you a new solar-powered portable generator designed to keep all of your electronic equipment functioning even while visiting remote places or living off the grid in an emergency situation. Now, a company called Anker has unveiled the Powerhouse, a smaller, lighter, and more affordable option for those of us who need portable power in the backcountry.

The Powerhouse comes equipped with a 434 watt-hour battery incased in what is a fairly compact package. That’s enough juice to recharge most laptops up to 15 times or a smartphone more than 40 times. It is also enough to keep a mini refrigerator running for up to 7 hours. That’s pretty impressive for a device that weighs just 9.3 pounds and easily fits in the trunk of your car. 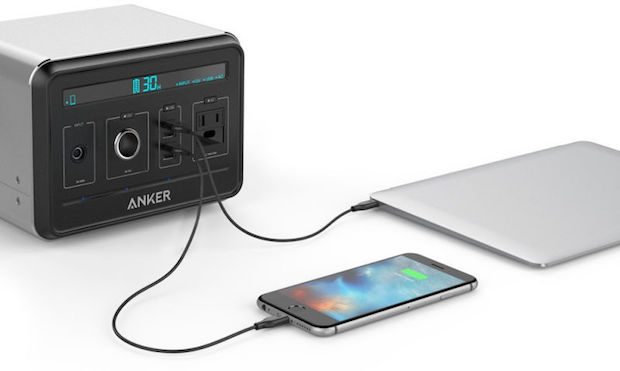 The portable generator comes equipped with four high-speed USB ports, a 12V DC port, and a standard wall outlet. It also includes an LCD screen that provides an exact readout of just how much power remains in the lithium-ion battery, taking the guess work out of when you’ll need to plug in the Powerhouse to start its recharging process as well, which takes about 10 hours to complete with the included AC adapter. Anker says that a solar panel is in the works for the Powerhouse as well, allowing it to be recharged just about anywhere in roughly 16 hours.

With its rugged aluminum case and handle, the Powerhouse is built to survive in the outdoors. It features built-in surge protection and it offers smart charging with voltage control to help keep your electronic devices safe. It’ll even detect potential overheating and shut itself down in an effort to avoid frying an important and expensive piece of gear. 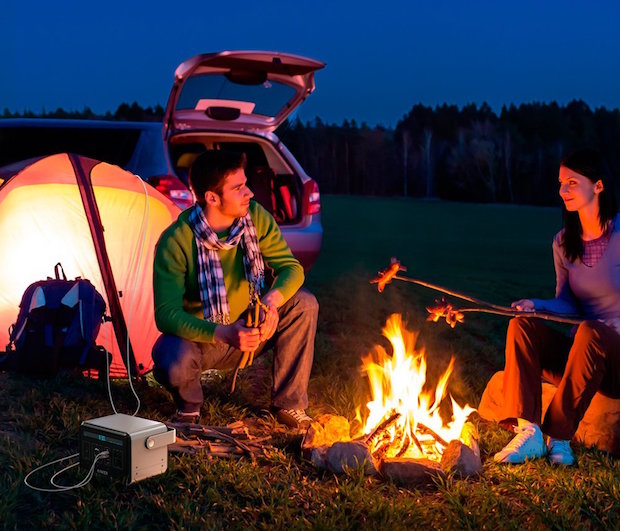 The Powerhouse is available for preorder on Amazon now at a cost of $499. That price compares favorably to similar generators which often have price tags in excess of $1000. But Anker is sweetening the deal even further by offering a promo code for those who preorder the device, which is scheduled to start shipping on May 22. At checkout, simply use the code: ANKPower to get an additional $100 off the price

While there are similar generators on the market – including several with higher capacity batteries – it is tough to beat the Powerhouse in terms of size, weight, price, and capacity. It will be interesting to see how well this actually performs when used out in the field.